The Pure Folly Of "Food Nationalism" In Argentina

BUENOS AIRES — Argentine President Alberto Fernández, defending his recent decision to confiscate the soy firm Vicentín, repeatedly cited "food sovereignty." It's a term self-styled progressives coined some years back that, as of yet, has no clear definition. Now might be the time to try to find one.

Firstly, the personality most fond of using "food sovereignty" rhetoric was the late Venezuelan leader Hugo Chávez, who invoked it to nationalize dozens of corn flour and coffee producers, sugar factories and dairy firms. A sharp drop in production led to greater dependence on imported foods, empty shopping baskets and an increased need to provide food to the poor. The reasonably well-to-do came to know what shortages meant, and nutrition soon declined to the precarious level of previous generations.

In terms of definition, "sovereignty" is generally accepted to be a people's self-government as opposed to a government imposed by another people or nation. The Spanish colonies, for example, fought to win their sovereignty.

The word comes from the Latin word for predominant (superans or superanus), giving rise to the sovereign characteristic of exercising power over others. In international law, sovereignty is a state's right to exercise its powers. Violating a state's sovereignty may have tragic consequences like war, as in: "Argentina once more reclaimed its sovereignty over the Malvinas and/or the Falkland Islands." 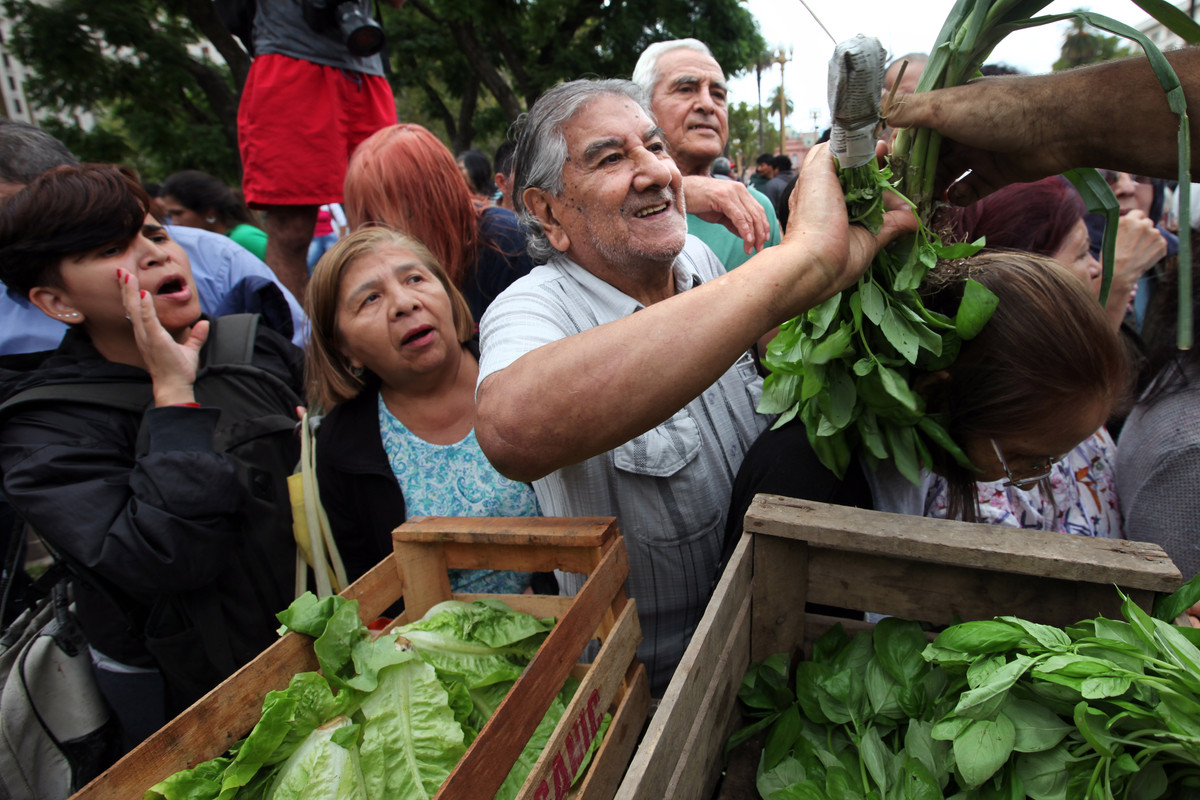 How does one go from this definition to "food sovereignty"? Wikipedia — where nobody checks content sources — denotes the term as a people's ability to define their own food and farming policies in keeping with sustainable development and food security objectives. It seems a little more pedestrian than our overarching development policies or epic moments in our history, like the bid to regain the Falklands.

Still, it's good for governments to concern themselves with sustainable development and food security. But these are not problems that affect our country, as proven by the president's comment that "food sovereignty" is more important in times of coronavirus.

Which right is the government defending? Calm down, Mr. President.

He need not worry. If anything here hasn't been swayed when the economy was tumbling, it's food supplies — both for the country's inhabitants and the 400 million or so international customers waiting to receive our produce. Furthermore, the world is increasingly taking note of the way our countryside produces food with a sustainable focus and low environmental impact. Hundreds of experts come every year to attend Expoagro, a powerful show of sustainable technology in action. Our production of grains has risen over 30 years from 40 to 150 million tonnes. All of this shows why Argentina is still viable.

So what is being safeguarded here? Which right is the government defending? Calm down, Mr. President: food and sustainability in Argentina are guaranteed. But beyond etymology, it should be noted that in antiquity, "sovereignty" was used as a synonym of arrogance and pride. In this sense, it chimes with the idea of someone putting themselves "over" everyone else.

Confusing definitions aside, this business of food sovereignty conjures another word: imbecility.

Venezuela's PDVSA, once among the world's most powerful oil firms, was transformed and largely gu...

Pandemic And City Parks: A Reminder That Green Spaces Matter