BASRA — In one photo, Makki Achour stares at the lens, his eyes bright, his hair — like many Iraqis his age — in little tufts. In another, the frail young man appears in a military uniform, smiling proudly. The photo was taken in the field, where, as a member of the Popular Mobilization Front, a state-sponsored paramilitary organization established in 2014, Achour fought the so-called Islamic State (ISIS).

These snapshots, along with those of other young faces, are brandished by demonstrators in Basra, a large city in southern Iraq, and shared on social networks as a sign of solidarity. Achour has become an icon since he died what demonstrators call a martyr's death on Sept. 3. He was 26. The young man was shot and killed during a demonstration in front of the governor's seat in Basra. His death rekindled a dispute that has shaken the Shiite south since July and cost at least 27 people their lives.

This past hot summer exacerbated tensions in these provinces, where farmland is shrinking as a result of desertification and the population does not always see the benefits from oil — the primary source of local wealth. Fed up with regular power cuts, unemployment and a lack of potable water, thousands of men — among them, day workers, college graduates without jobs, older activists, and bloggers — invaded the streets to protest what they see as decadence and widespread corruption in the public sector.

Despite government promises and increased security measures, their anger does not appear to be going away. Most of them are young, and their generation has inspired a series of anti-establishment protests in Iraq since 2011. 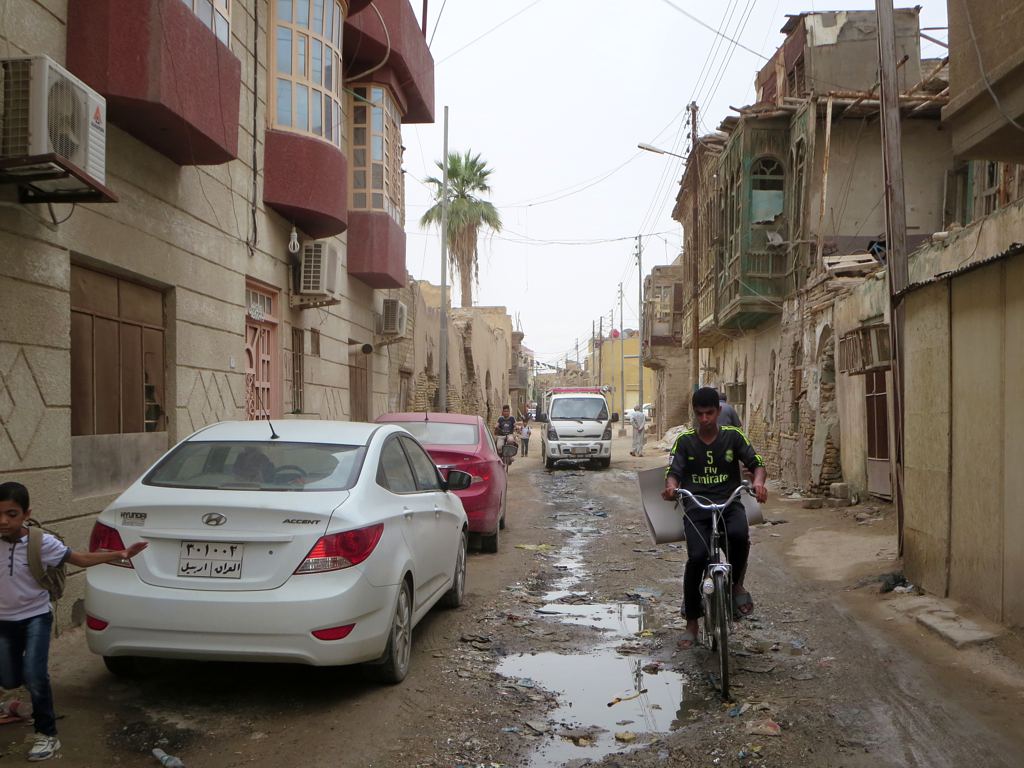 Strife in Iraq is widespread among the political and military tensions — Photo: David Stanley

Generation 2018, as they are known in Iraq, distinguishes itself from previous generations by its emancipation from political or religious ideologies, according to Muhammad Atwat, who teaches political science at the University of Basra.

"[This generation] has neither the memory of the nationalist dictator Saddam Hussein nor that of the Shia Islamism supported by Muhammad Baqir al-Sadr and the Khomeinist revolution in Iran," Atwat explains. "It is the product of post-2003, of the internet and social networks, of global and open society, of multiculturalism. It's a breaking away."

From Basra to Najaf, and Al Diwaniya or Baghdad, people let their frustrations be known this past summer. Unlike the reform movement of 2015, it is no longer only a question of jobs and infrastructure, of corruption and the "big whales" who fatten themselves at the expense of everyday people. There is also a violent rejection of the Shia religious parties and the denominational system that has ruled the nation since 2005. Only Ayatollah Ali Al-Sistani, the highest Shia religious authority in Iraq, commands their respect for his support of reforms.

The political parties are seen as a disease.

"Many Shia icons, such as Ayatollah Ali Khamenei, Moqtada Al-Sadr or Ammar Al-Hakim, whom people used to venerate in Basra, are now jeered," says Taïf Khoudeir, 38, an activist blogger and petroleum engineer who has taken part in all of the city's demonstrations since 2011.

Fueling this break is the heavy toll paid by the south in the war against ISIS — thousands of volunteers fought in this campaign — and the unfulfilled reform promises made after the protest movement of 2015-2016. "There is an escalation of claims," says Hossam Kaabe, a 39-year-old journalist and activist who lives in the holy Shia city of Najaf, where the uprising was violent this summer. "The demonstrators no longer accept half-measures. They want a radical change. The political parties are seen as a disease."

This rejection worries the Shia political class all the more because it stems from its electoral base and confirms a disaffection that was already clear during legislative elections in May. Abstention in that vote stood at 57.5% nationwide. It was probably even higher in the Southern provinces. Since then, the winning parties have been jostling to form a government coalition government, and the demonstrators feel as if the politicians are only concerned with their own interests.

What good is all this blood if it was only to enrich the militias and defend the interests of Iran?

Protestors also blame Iraq's powerful neighbor, Iran, which they accuse of interfering with national affairs by supporting political parties that have powerful and heavily-armed militias that have increased their hold on the large cities of the south as a result of the war against ISIS.

"These militias disturb the peace," says Hossam Kaabe. "Since we've been demonstrating, they even come out into the road with their weapons. They have our names, and we expect to be plucked from our homes at any moment. We often receive threats, but we don't care!"

On Sept. 7, the insurgents of Basra challenged these organizations by burning down their headquarters.

Just a few years ago, Shia volunteers from Iraq were volunteering to join militias and fight against ISIS in Iraq, or even go to Syria to support forces loyal to President Bashar al-Assad. Many of them died in battle, and many survivors feel abandoned. That now seems like the distant past.

"What good was all this blood if it was only to enrich the militias and defend the interests of Iran?" asks Ali Qassem, 27, a demonstrator in Basra.

Anger, but no agenda

This same sense of betrayal surfaces in the face of electoral compromises made by various leaders of the Popular Mobilization Forces who are ready to make a deal with Sunni leaders formerly accused of ambivalence toward ISIS.

"They have stirred up hatred against the Sunni provinces by depicting them as accomplices to the Islamic State and contemptuous of Iran and Shiites," says Khoudeir. "And today they extend their hands to the Sunnis responsible for having supported the Islamic State! It's a betrayal of the martyrs who followed them into this war."

While they agree on the roots of Iraq's current woes, there is little consensus within Generation 2018 on how to fix the country. They all talk about revolution. Some call for the establishment of a presidential regime. Others, nostalgic for a time they didn't even know, call for the return of a strong man like Saddam Hussein. Many of them believe that violence is a legitimate course of action.

"These are angry protestors, not activists as they were in the pro-reform demonstrations of 2015, who represented the elite from all faiths and sectors of society," says Hamid Jaajah, 47, a secular activist who is the principal of a school in Baghdad.

The radicalism of this generation causes friction with veteran protestors. Long-time activists view the newcomers with suspicion. These activists are supporters of the alliance between communists and Shiites of the Sadr branch, which formed during the movement of 2015-2016 and won the legislative elections in May.

"We shouldn't reject all of the parties," says Intisar Al-Mayali, a prominent communist activist who is also known as a defender of women's rights. "Only those people within them who are bad. The protestors don't understand what parties are for or what Parliament is for."

Many in this new generation of protestors have developed different perspectives through international exchange programs, which have become common over the past three years. These protestors are often more educated and worldly. While some aspire to pursue their studies or a career overseas, others, such as Taïf Khoudeir in Basra, believe that private entrepreneurship in Iraq can change society from the bottom up.

The protestors don't understand what parties are for or what Parliament is for.

In Baghdad, these different generations meet in a café called Coffee and Books. It has become the headquarters of one of the familiar faces of the protests, Akram Adhab, who is in his 30s and has helped give unity and direction to the new movement. Dressed in khaki from head to toe, he stands out among the students, intellectuals, and artists.

The brusque tone in which he calls out to the waiter betrays his humble origins. He was a day laborer in the working-class district of Sadr City and has just returned to secondary school, which he never finished. Prior to the legislative elections, he created a lobby group called Chabab Baghdad, which now has around 50 members and is growing in the south.

"The Iraqi institutions don't have a vision for the country," he explains. "We reject all Shia parties and their militias, the corrupt, and those who promote a foreign agenda, but in a democratic and non-violent way."

Adhab understands the anger of the young demonstrators but deplores their violence and their flurry of demands, which he believes are a burden on the movement. He doesn't believe in a military coup d'état, an emergency government or a strong man like Saddam Hussein. He hopes to arouse passion in the young people of his generation.

"The problem is not in the elections or in the type of government, but in the laws and the existing political class," Adhab says. "The corruption. The demonstrators don't understand the reality of the Iraqi system. What we need is a federal system. It will take years for our plans to bear fruit."

What began as a slogan shared among Facebook users has since morphed into a full-blown, youth-led...

OneShot — The Battle for Mosul, 2017 (©Ivor Prickett) An unidentified young boy who ...