In France, Why Children Of Immigrants Have Turned To Le Pen

In Bobigny, a suburb outside of Paris - Nadine Benedix/DPA/ZUMA
Louise Couvelaire
LE MONDE
2017-05-03

COULOMMIERS — In the working-class outskirts of Paris, people are counting. They count the number of houses now occupied by people from an immigrant background. "There are four Arabs opposite my house, four others at the end of the street, on the right-hand side, and one Black guy to the left," says 88-year-old Micheline, who lives in a street near the Templiers housing project in Coulommiers, east of the capital. A couple of retirees adds: "There are only eight or nine people like us left in the street, that's the worst part."

People count the number of cars too, and compare makes and models. "I have a Renault Clio and they have Mercedes and SUVs," Alain Gredelue, 69, grumbles from his modest house in Vaujours, a small town just north of Paris, in the department of Seine-Saint-Denis. "It really angers me." They also count things like retirement pensions, wages, taxes, the amount of time spent unemployed, the number of years they worked, what they were left with at the end of the month, and the benefits they were never able to claim.

"The government always helps the same people: the immigrants and migrants. It spends millions to refurbish their apartment blocks and we never get anything," says Bastien, 25, who works in a local town hall. Bastien and his fiancée, an unemployed nurse's help, share a house with five other couples in the Parisian suburb of Montfermeil. "We pay 700 euros ($760) a month for a filthy 30 square-meter," the young man says. "We're just getting a little bit too much to get any government assistance, but not enough to live decently."

In these residential enclaves, many want the state to "restore order." And they think Marine Le Pen, the firebrand candidate of the far-right National Front (FN), will be the person to do it. Le Pen finished second in the first round of the French presidential election, on April 23, with 21% of the vote. She'll face off against the first-place finisher, centrist Emmanuel Macron (24%), in a runoff on Sunday, May 7.

In the Saint-Denis suburb — Photo: Alfenaar

The Seine-Saint-Denis department is not about to vote for the FN candidate. But in certain towns and neighborhoods, support for Le Pen and her cohorts continued to grow. In Vaujours, for example, Le Pen won the first round with more than 27% of the vote, 6 percentage points higher than in 2012.

"These people see the arrival of foreign homeowners in a historically white setting as empirical validation of Marine Le Pen's political stance," says Jérôme Fourquet, director of the opinion department at the polling institute IFOP. "By moving from low-income housing to modest homes in residential areas, the new inhabitants are climbing the social ladder," he adds. "In the meantime, the people who are already there feel threatened and under siege."

Insecurity is what determines my choice.

On Sunday, Alain Gredelue, the former owner of a small hardware store in Vaujours, will vote FN for the second time. "Insecurity is what determines my choice," he says, pointing to the damaged fence at the back of the small house he's lived in for 30 years. "Last Tuesday, two Roma families went across the fields to enter my property."

But that's not his only grievance. Gredelue is exasperated by people from the housing projects. "They spend their days at the cafe scratching lottery tickets," he says. His 20-year-old granddaughter, in contrast, constantly rushes between her temp job as a cashier to training courses, all for a miserable monthly income of 494 euros ($530), he explains. "It's unacceptable."

In the garage of his stylish house in Montfermeil, Roger Ruiz, 70, listens to hard rock while repairing his three motorbikes. In this town, Le Pen won 22% in the first round, up from 19% in 2012. "Nothing like it used to be," says Ruiz, who's lived here for more than 30 years. He describes how certain communities isolate themselves, and says there are veiled women everywhere. One veil-wearing neighbor "doesn't even speak French," Ruiz laments. These customs "are eating away at us," he adds. "They're going to overwhelm us."

Next he sounds off on the nearby market, which he calls the "Bab El Oued market," in reference to a famous Algiers neighborhood. "I feel like a foreigner. And to think they're teaching Arabic in primary schools," he says. "It infuriates me."

The revolution will have to come through the radical parties.

Roger Ruiz is the son of a Spanish immigrant and a former supporter of Arlette Laguiller, a former far-left politician and trade unionist. These days, though, he can no longer bear seeing "the right and the left divide up the pie," he says. "I've worked hard all my life. I earn a pension of 1,500 euros ($1,600) and they've let in people from everywhere. The revolution will have to come through the radical parties."

The IFOP's Jérôme Fourquet says that for people like Ruiz, demographic balance is an essential issue. "Those who've been living in these residential areas for a long time realize now that 'these people' aren't going anywhere," he says. "But they tell themselves still that they're the real French people, the ones who set the neighborhood's unwritten rules."

For three years, a young real estate agent in Coulommiers, where Marine Le Pen won the April 23 election with 26% of the vote (3 percentage points higher than in 2012), has been handing out leaflets in the Templiers housing project that read "become a landlord for the price of your rent." He says falling prices have actually benefited the poor, and that when they move out of places like Templiers, often they buy a home just a couple of streets away.

Le Pen is opposed to religious freedom and Macron is against the little people like us.

Even among this population, it's not unusual to hear strong anti-immigration rhetoric. "It's a rather paradoxical symptom of successful integration," says Fourquet. "To say you have certain ideas defended by the National Front is to say, 'I'm one of them. I'm French!' But this doesn't actually lead to a vote for Marine Le Pen, at least not very often. Because as Muslims, they know they're in the [FN's] crosshairs."

Mia, a 30-year-old client service manager, lives in a freshly built 90-square-meter house in a yet-to-be-completed private housing development in the small town of Nandy, southeast of Paris. Here, the FN gained 4 points from 2012 and passed the 20% mark. "Marine Le Pen has lots of good ideas. Particularly on immigration," she says. When I point out that she's the daughter of an Algerian immigrant, Mia raises her voice. "That's got nothing to do with it!" she says. "My mother came here to work, not to take advantage of social welfare." 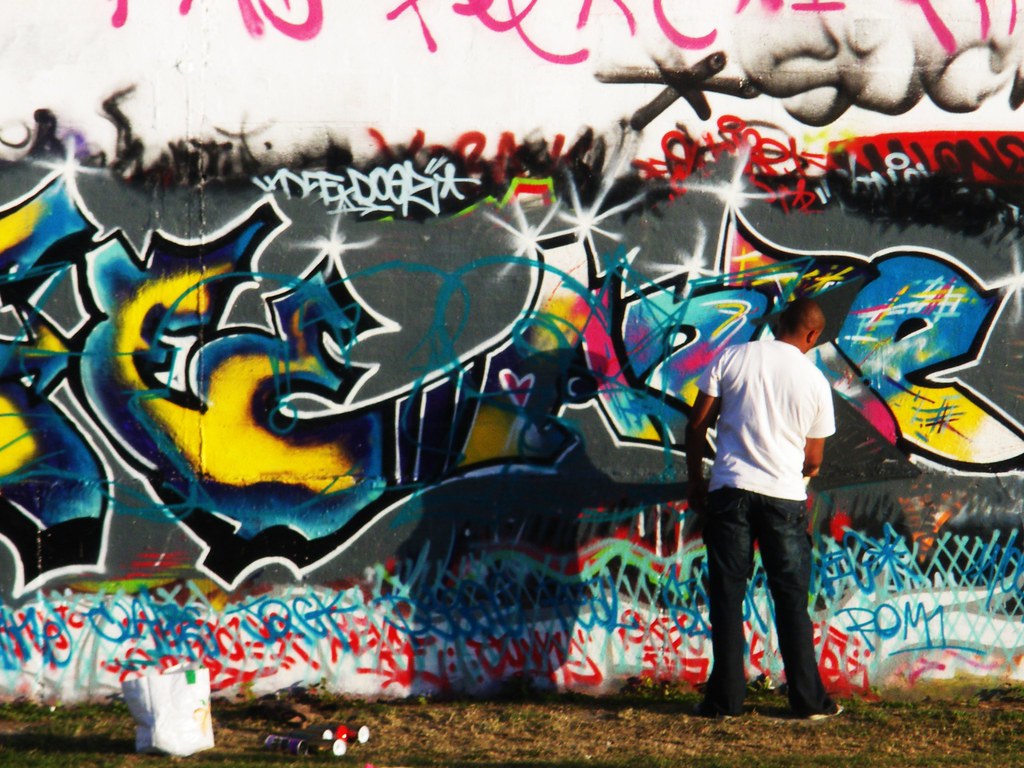 Mia has always voted for left-wing candidates. But she says she's done with the Socialist Party. In last month's first round, she gave her vote to far-left candidate Jean-Luc Mélenchon. For the next round, she's planning to abstain. "Le Pen is opposed to religious freedom and Macron is against the little people like us," she says.

The lessons in all of this aren't lost on the FN. Party campaigners are careful to avoid the immigrant-dominated housing projects. "We don't want to get beaten up," one of them says. But they're canvassing hard in working-class residential areas. They also focus on train stations and markets, as they did last Sunday, in the city of Drancy, northeast of Paris.

In the first round, Mélenchon was the clear winner in Drancy. And yet people there don't seem particularly bothered by the FN campaigners, who managed to hand out 600 leaflets in less than an hour. Only a few people shunned the campaigners. The rest — from veiled women and men wearing qamis, to young couples and pensioners — accepted the FN leaflets without batting an eyelid.