When Pakistani fisherman Abdul Karim Bhatti, who had been a prisoner in India for seven months, was flown home to Karachi, Pakistan, at the end of July, his family didn't rejoice. They were receiving his dead body.

The only information they received was that he died on July 1 at the B.K. Hospital, Bhuj. Or so stated the death certificate, a bilingual document in English and Gujrati, issued on July 9 by the government of the state of Gujrat. No postmortem was carried out.

The Indian maritime security forces had arrested Bhatti, along with other fishermen, on January 8 and carted them off to prison.

"Dead body of the deceased is not required for investigation purpose (sic) hence there is no objection for repatriation of mortal remains…" stated the "no objection certificate," issued on July 27 by the police in Bhuj, district headquarters of Kutch district, Gujarat.

Pakistan issued an emergency passport the same day "valid for a single journey." Mode of transport: "by foot/by road."

Thousands of divided family members on either side can't meet.

The families of those who die in custody across the border deal with similar delays in getting the bodies of their loved ones back. In early 2018 alone, at least three Pakistani fishermen and one Indian fisherman died as prisoners in the other country.

The killing of the Indian national, Sarabjit Singh, in a Pakistani prison shortly before he was due to be released became a high profile case, and was followed by the retaliatory killing of Pakistani national Sanaullah in a jail in Jammu. Earlier, the repatriation of another convicted Indian spy, Surjeet Singh, instead of Sarabjit had caused massive confusion.

These tragic episodes sum up the tit-for-tat relationship between India and Pakistan. They also symbolize much of what is wrong between the neighbors, whose relations are a far cry from what Pakistan's founding father Muhammad Ali Jinnah had envisaged. The two countries, he told a reporter, would be like the U.S. and Canada: open borders, freedom of trade and travel. The very different reality has long stymied development in the region.

The increasingly rigid visa regime prohibits cross-border tourism. Thousands of divided family members on either side can't meet. Imagine being unable to attend a loved one's wedding or funeral a few hours' drive away because you can't get a visa. 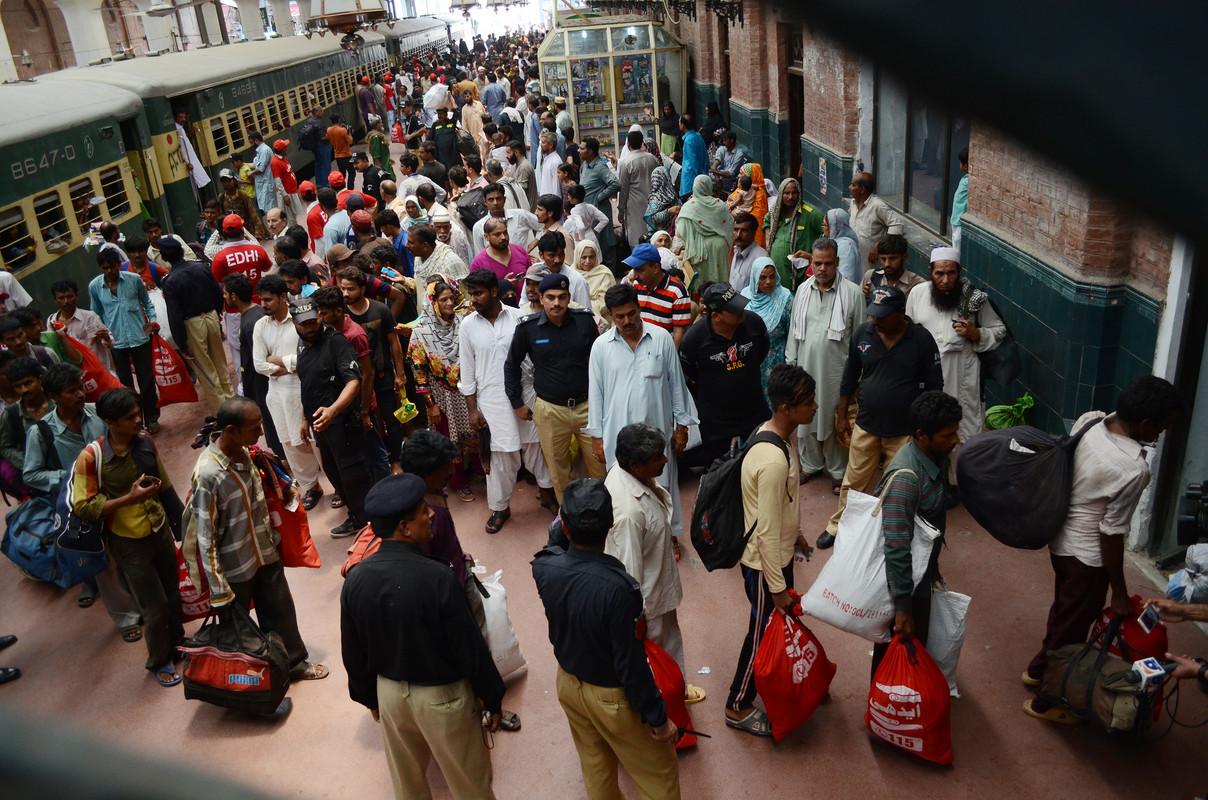 In this age of instant news, Bhatti's death wasn't reported on either side until reports about his body's repatriation surfaced.

That was, ironically, the day that academic researcher M. Tahseen in Pakistan and activist and analyst MJ Vijayan in India dispatched a letter to prime ministers Imran Khan and Narendra Modi, endorsed by hundreds on either side, urging them to release cross-border prisoners ahead of Pakistan and India's upcoming Independence Day celebrations, on August 14 and 15.

Many Indians and Pakistanis at home and abroad commemorate these days together in a conscious defiance of the "enemy country" narrative. They point out that both countries tested nuclear weapons in 1998 but still can't feed and educate their populace. The coronavirus pandemic has exposed these shortcomings starkly.

The tragedy of Bhatti, Vijayan tells me, "had a very dampening effect on the campaign and many of us." But, he adds, "our letter is making some serious impacts even in Delhi power corridors."

We treat each other's detained nationals like prisoners of war.

India and Pakistan treat their own prisoners badly enough, stuffing them in overcrowded jails and subjecting them to the same colonial-era penal system.

For Indians in Pakistani prison or vice versa, things are even worse. "We treat each other's detained nationals like prisoners of war," says M.A. Shah of the Pakistan Fisherfolk Forum.

The coronavirus pandemic has exacerbated the situation. Families frantic about their loved ones' safety, with no means of communication.

Pakistan today holds 270 Indian fishermen and 54 civilians, and India has 97 Pakistani fishermen and 265 civilian prisoners, according to the twice-yearly prisoner list that both countries have been exchanging since 2008. The last one such lists were exchanged July 1. Ironically again, that was the day Bhatti died.

A month after his death, Bhatti's body was sent a thousand kilometers across from Gujarat to the Wagah border in Punjab. The humanitarian Edhi Foundation of Pakistan that facilitates prisoner exchanges arranged for him to be on the Lahore-Karachi flight.

Fishermen who had died in cross-border custody used to be sent home on a direct Karachi-Mumbai flight, a little over an hour and half. This is no longer operative. 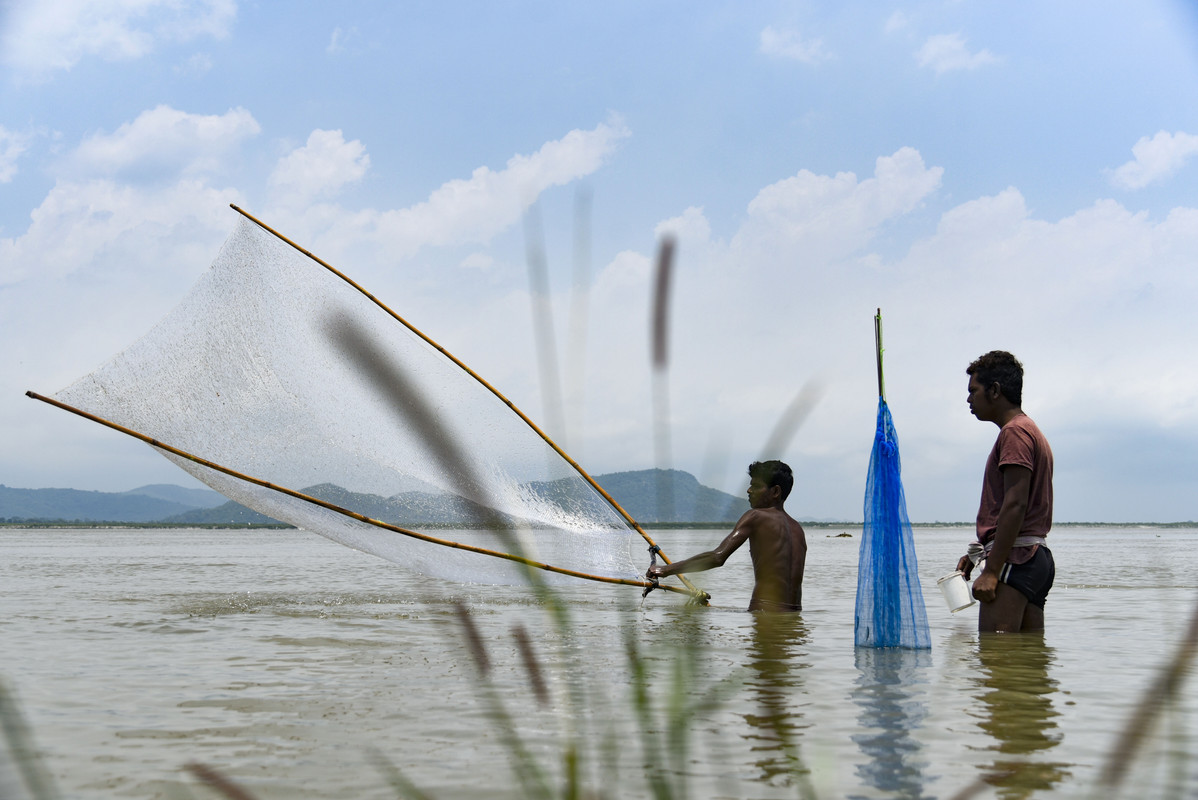 The repatriated living follow the same convoluted route via Wagah border as Bhatti's mortal remains, except that they don't get to fly. It's the bus or train for them.

Wagah border is where the Pakistan Rangers and Indian Border Security Force personnel famously undertake their aggressive goose-steps in a choreographed, daily flag-lowering ceremony at sunset. The spectacle in verdant agricultural Punjab is a world away from the shared coastline where fish workers like Bhatti barely eke out a living, in Pakistan or India. They belong to the same ethnic community.

Many are the sole breadwinners of their families, largely unlettered, plying the traditional trade of their forefathers. They know the risks of the sea.

The danger of storms pales before the border patrols of the other side who arrest them and confiscate their catch and boats. But most fisherfolk know no other way and have no skills to enter another trade.

Arrested fishermen's families suffer the trauma of not knowing their whereabouts for weeks or months and are vulnerable to starvation. Their children, often the first generation in this community to be educated, are forced to drop out of and take up jobs when their fathers go missing at sea.

Both countries agree that fishermen inadvertently crossing the unmarked maritime border between the two countries are not criminals or spies and should be released once this has been verified.

In 2008, they signed an Agreement on Consular Access that stipulates the release and repatriation of detained persons from the other country "within one month of confirmation of their national status and completion of sentences." They are also supposed to "provide consular access within three months" to cross-border prisoners.

Most fisherfolk know no other way and have no skills to enter another trade.

This rarely happens. The before trial period can be longer than the actual sentence. It can take months to verify the prisoners' identities. Almost invariably poor and unlettered, they rarely have any documentation.

"Nearly 100 of the Indian prisoners have completed their sentences and their nationality has been confirmed, but they're still in jail," says activist and journalist Jatin Desai in Mumbai, former general secretary in Mumbai of the Pakistan India People's Forum for Peace and Democracy (PIPFPD).

The region's largest and oldest people-to-people group, launched in 1995 – of which I am a founding member – the PIPFPD has long been pushing back against the "us versus them" binary that dominates the narrative. Peace activists want the states to institute a "no-arrest" policy at sea and equip the fishermen's boats with GPS devices.

The India Pakistan joint judicial committee on prisoners formed in 2008 has echoed these demands. Comprising four retired judges from each country, the committee used to meet prisoners jailed on either side twice a year, until the last meeting in October 2013. Efforts to revive it five years later led to India nominating its members. Pakistan has yet to do so.

A few days after Bhatti was buried, hundreds of fisherfolk demonstrated in Karachi against his death. They burnt an effigy of Indian Prime Minister Narendra Modi and accused Indian authorities of killing Bhatti. News reports on either side highlighted the demonstration and its allegations, the symptom rather than the cause of the issue.

If Khan and Modi let the fishermen go, it would give the region something to celebrate in these dark times. Prisoner repatriation, say experts, is a "low-hanging fruit" that can counter the dominant belligerent narrative.

On a human level, releasing the fishermen will enable hundreds of families to focus on rebuilding their lives as both countries celebrate their independence days. "Let them also experience freedom at this time," says activist and journalist Jatin Desai.

The move would be all the more meaningful at these times of increased hardships caused by a global pandemic.

*Beena Sarwar is a journalist, editor and filmmaker. She tweets @beenasarwar. Her website can be found here.