Europe On Iran: Why The Appeasement?

The European Union should explain why it is doggedly conciliatory with a regime in Iran that represents everything opposed to Europe's liberal democratic values,

LONDON — Are we repeating a mid-20th century moment? We may indeed be in a state of war, though one that is undeclared and lasting considerably longer than World War II. Like any such sprawling conflict, it has left nations damaged and forced millions of people to face violent death or life as a refugee. Yet it is not considered a "great" or a "world" war, because it is not happening in Europe but in distant lands. Are conditions in our time not like the years in which Western democracies and the communist Soviet Union sought to "appease" Hitler's Germany, while remaining indifferent to its countless victims?

Regarding the Islamic Republic of Iran, nothing it has done over four decades could seem to alarm the Europeans to its inherent danger. Not the killings perpetrated since 1979 nor the callous shooting of protesters on the streets, nor senior officials brazenly threatening Europe or its long-range missiles or steady emission of refugees, drugs and terrorists ... Perhaps Europeans do not want to see a threat that is surely a greater menace to the EU than to Iran's more vociferous enemy, the United States.

Are conditions not like when Western democracies and the Soviet Union sought to 'appease' Hitler's Germany?

One reflects in order to understand why: Why has the West been appeasing a monstrosity? Many might describe Iran's post-revolutionary leaders as terrorists. They have shown they would stop at nothing — and I stress, nothing — to retain power. That includes killing Iranians and turning the country into a nuclear and ballistic storehouse whose dangerous components are hidden away inside cities, where people live! 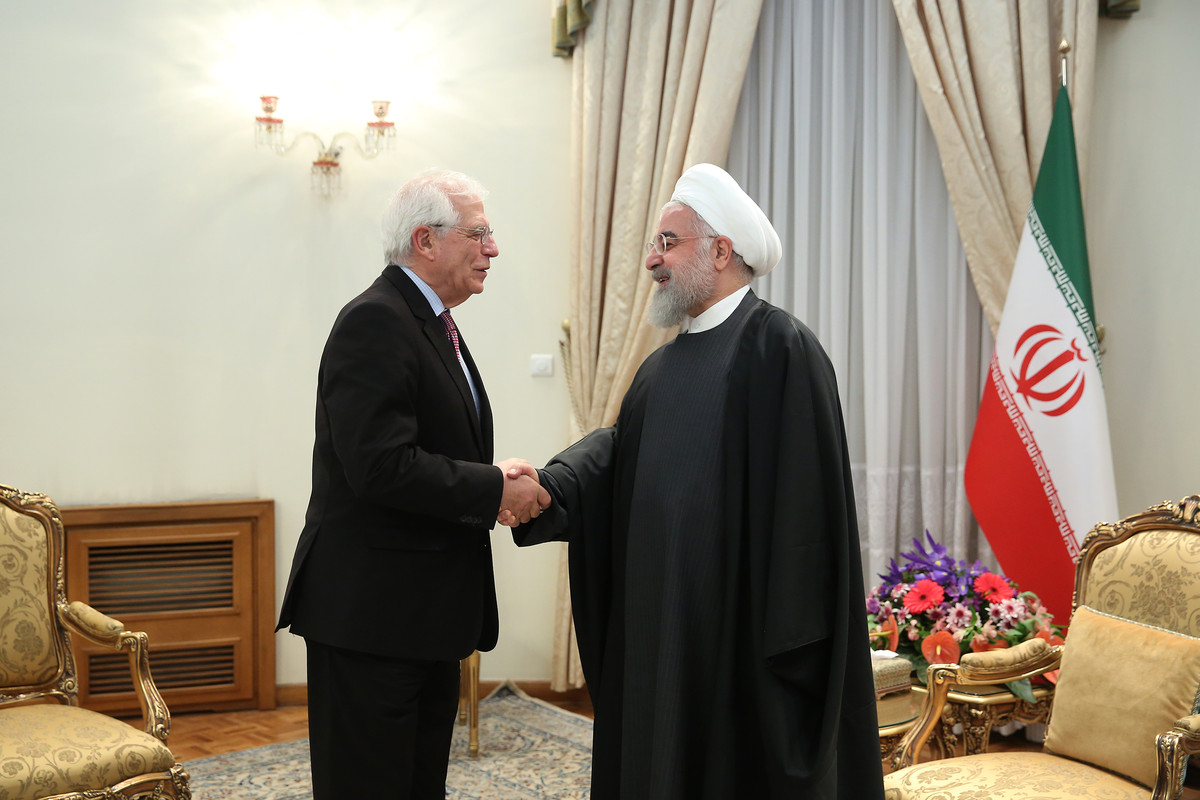 The only plausible explanation for European appeasement may be the promise of economic gains. There might also be an insidious element of envy toward the United States. EU leaders have themselves given few, clear arguments for their posture other than a stated preference for diplomacy (read: appeasement) over confrontation. This must be the same "diplomacy" that allowed Hitler to march into central and eastern Europe! Is Israel a kind of Middle Eastern Poland? Who knows ...

The Enemy is right here — not in America like they say!

What we do know, on the basis of intermittent comments by Iranian officials or polls associated with the regime itself, is that its domestic supporters have been reduced in past years to six or seven million at most, out of 70 million or so Iranians. Ordinary Iranians have been stating their views with increasing clarity since late 2017. On one occasion, members of the congregation attending Isfahan's Friday prayers turned their back to the pulpit and to pictures of Iran's leaders, whom they denounced as "the Enemy."

In protests, people shout: "The Enemy is right here — not in America like they say!" How could the European powers and Democrats in the U.S. possibly doubt that Iranians — not to mention everyone else in the Middle East — want "regime change," a transition from a terroristic dictatorship to parliamentary democracy? Have they missed the popular protests in Lebanon and Iraq against sectarian governments? Or do they want to pursue their appeasement-minded, collaborationist diplomacy to the point of provoking an attack on the regional "Poland," so they wind up with a proper war on their hands?