Coronavirus And Us: Why We Ignore Other Infectious Diseases

The city of Sorocaba, Brazil, decreed a dengue epidemic on Jan. 31 - Cadu Rolim/Fotoarena via ZUMA Press

The level of media attention given to the coronavirus compared to other maladies says a lot about the economic and political power of the countries affected.

LIMA — The World Health Organization (WHO) has played a vital role in coordinating international actions against a range of infectious diseases such as the spread of the H1N1 or swine-fever virus a decade ago.

The task of responding to a transnational threat in a world governed by nation-states, while not being a state, has required WHO to weave together an institutional network and series of governmental processes that are followed by most sovereign states to provide a generally effective authority for confronting an international health threat.

Of course, when we talk about exercising government functions, we inevitably are also talking about politics. And as we know, political decisions tend to run on the negotiating power of the actors involved.

Let us consider the following for example. While there is ample media coverage of the spreading coronavirus in our region, the following development received far less coverage: In 2019, the Western Hemisphere saw more than 3 million cases of dengue fever, the largest number to date and well above the previous high of 2.4 million registered cases in 2015, according to the Pan American Health Organization (PAHO), which acts as WHO's regional office.

It's also worth noting that in 2015, some 1,400 people died of the illness in this hemisphere. In 2019, in spite of the increase in registered cases, the intense work done by countries to restrict the disease's lethal impact ensured a much lower death rate, 0.05% of all cases. 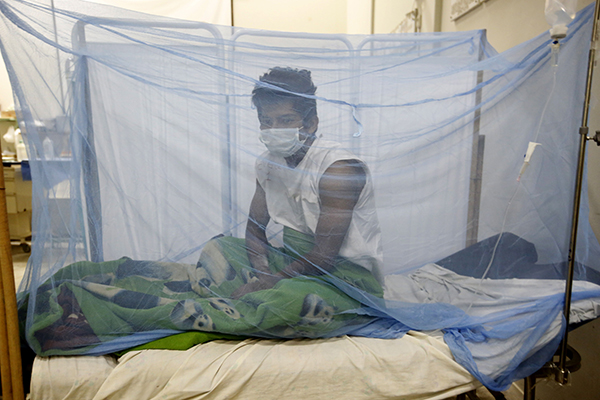 We should highlight three points from this. First, according to this last estimate, more than 1,500 people died of dengue fever in 2019 on the American continent, while there were just 23 cases of coronavirus infection on the continent up to Feb. 18, 2020. None of these were in Latin America and the Caribbean and none had led to a patient's death.

Diseases spread through food cause 420,000 deaths a year, mostly in poorer countries.

Thus the level of media coverage is completely out of proportion to the relative gravity of this public health problem, at least so far. It's also worth noting that, in the case of dengue, collaboration of regional states had duly kept down dengue's mortality rate. The achievement then was due to collaboration between states, not the cooperation of international agencies (public, private, national and international), which had acted successfully against the spread of H1N1.

The third (and paradoxical) issue is that while WHO is tasked with coordinating international efforts on healthcare, it plays a relatively minor role against infectious diseases that mostly affect poorer populations in countries that are not world powers. This is even more the case with diseases spread through food, which WHO reports cause 420,000 deaths a year worldwide, and are concentrated in poorer African and Asian countries that have very little influence in the international system. The World Health Organization must work to truly live up to its name.

For the coming weeks, Worldcrunch will be delivering daily updates on the coronavirus global pandemic. Our network of multilingual journalists are busy finding out what's being reported locally — everywhere — to provide as clear a picture as possible of what it means for all of us at home, around the world. To receive the daily brief in your inbox, sign up here.

First, the good news: A major archeological find has been discovered in the north of Peru. A ...