Colombia, No Country For Children

An attack on a guerilla camp killed several minors earlier this year. It was an "accident," say authorities, but it says a lot about the country's dismal child welfare record.

BOGOTÁ — Childhood isn't just a matter of being under a certain age. If minors are legal subjects with special protections, it is precisely because a state that is both serious and beneficial seeks to offer them the effective — and affective — opportunity to be children. Except in Colombia, this isn't the case.

Here, children are prevented from having a proper childhood. This happens through child labor, domestic violence, abandonment, begging, deficient schools and sexual harassment. Add to that the prospect of being bombed, mutilated and killed from the air — as happened when army planes bombed a guerrilla base in August — without regard for the fact that they may find themselves in a spot unwillingly.

Girls are deceived and abused. Boys are coerced. This especially happens in marginal neighborhoods, where criminal gangs actively recruit children. They train kids to be killers and convince them that as minors, the punishments — assuming they're ever caught — will be light. Sexual tourism exploits them in other ways: Teenagers, male virgins and even children under the age of puberty are offered to pedophiles.

If there are eight children in a camp of 15 guerrillas, well, bad luck.

You just have to move about a bit to see where it is done: Children are sold here, rented out there. And deep in the countryside, where the state's hand is weaker even than in the cities (if not entirely absent) and where precarious and battered family ties are broken, drug-trafficking gangs or still active guerrillas recruit children using threats, blackmail or deception.

Our leaders, the country's tough-talking, merciless right, think force and fury are the solutions. If there are eight children in a camp of 15 guerrillas, well, bad luck. They shouldn't have been there. They shouldn't have let themselves be recruited. That's the mentality, even if the powers that be primarily blame the people who recruited those children.

They're right about that, but at the same time, they ignore the secondary culprits: the people who bombed the camp indiscriminately. The people, in other words, who actually killed those children. 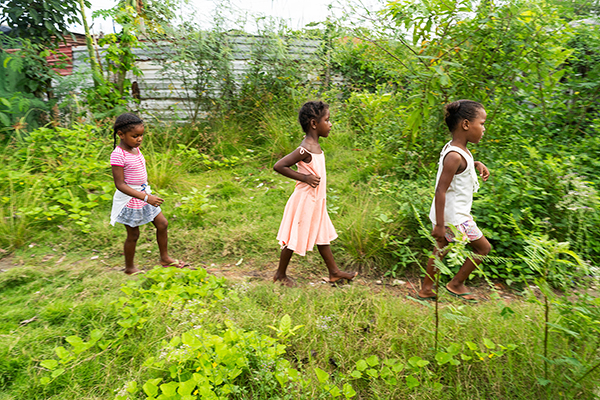 Supposedly they didn't know that the camp in question, the hideout for the FARC dissident chief Gildardo Cucho, consisted mostly of little girls and teenagers. Should we really believe that? And while the order given clearly wasn't to 'go kill those children,' it may well have been: "Go kill 'Old man' Gildardo and if there are children around him, well, so be it.'

Out of desperation, we have accepted that the army also fights guerrillas, drug traffickers and other Colombians.

At the end of August, the government defined the operation that terminated Gildardo's life as "impeccable and meticulous." For months it hid information that a part of this guerrilla cell (at least eight of 15 members) were mostly minors. They never revealed how the public prosecutor had previously denounced forced recruitment and possible kidnappings of teenagers in the (San Vicente de Caguán) area, which likely entailed sexual exploitation as the girls were forced to take birth control pills.

It's alright, apparently, to kill a few children, just as long as we get that old reprobate! Generally, countries under civilian rule do not use the army to fight their own citizens. Armies exist to face an invading army or outside enemies. In the case of a war, bombings against that enemy are accepted. But here, out of desperation, we have accepted that the army also fights guerrillas, drug traffickers and other Colombians.

To do so, we give the military the biggest chunk of the national budget. And we even agree that its members can retire at the age of 40, while the rest of us pay the pensions for their next 40 years.

Is it time to rethink all this? Should we not spend more money on education and human resources. Should we not do more to protect our children? We are not giving poorer Colombians a shot at a real childhood, because children subjected to so much abuse, violence and injustice, cannot really be children.

Instead we turn them into little monsters who are overwhelmed by fear and terror. The end up being cornered beasts unable to judge, ready to do anything. They'll even kill, just so they won't be killed.

The pandemic, and especially the fears whipped up by states and the media, may be pushing society...

Colombia is a prime example of how overspending and indebtedness leave little room for error, and...