Why Colombia's Peace Process Was Destined To Self-Destruct

The FARC, a segment of which is now reneging on its peace-deal commitments, should never have been trusted in the first place, writes Colombian columnist Saúl Hernández.

BOGOTÁ — The only really surprising thing about the video of terrorist Iván Márquez announcing that the FARC — or Revolutionary Armed Forces of Colombia, as they were formerly known — will return to armed activity was that so many were surprised by it.

It's understandable, I suppose, that observers following developments from abroad could be caught off guard. But here in Colombia we'd all seen the flaws in the peace deal that the previous president, Juan Manuel Santos, negotiated and that many FARC guerrillas have ignored so they could pursue their criminal endeavors.

In fact, long before the fake peace was signed there were reports of FARC fighters simply changing their armbands to inflate the ELN (National Liberation Army), Colombia's other leftist insurgent army. Others abandoned the process to pursue illicit enterprises like drug trafficking or illegal mining, and many more simply kept their weapons, forming a strategic rearguard. It was a Plan B, in case they found in time that it would be very difficult to take the FARC to power by political means.

The Santos government termed these people "dissidents," and even invented the absurd euphemism of "residual organized armed groups." Such terms were meant to soften or negate the reality that these were the armed wing of an organization that believes in combining all forms of struggle and feels such nostalgia for its martial past that even in politics, it kept the acronym FARC.

Colombians are not fooled though, in spite of it all. In various polls people said they did not believe in the FARC's desire for peace, because the guerrillas had always shown that they were neither trustworthy nor honorable. Their real leaders are irredeemable bandits, unfit for social reintegration, and their sick minds make them insist on an ideology that has plunged the country into a 'war' as some will call it, and sown corpses across the land.

The system there has left Venezuelans broken and hungry, and is turning them into pariahs...

A clear example is the terrorist Carlos Lozada (nom de guerre for Julián Gallo) who today has a seat in the Senate without having won a single vote. A while back he attended that vile gathering in Caracas, the Sao Paulo Forum, where he relentlessly praised Nicolás Maduro's dictatorship and socialist economy.

The system there has left Venezuelans broken and hungry, and is turning them into pariahs, as neighboring states fearful of the destabilizing effects of their mass exodus start shutting them out. At yet, as Lozada insists, the FARC wants to impose just such a system on Colombia.

It is furthermore absurd to assert that these guerrillas want to fight again because the government of President Iván Duque has failed to honor the peace accords. These are to be implemented over 12 long years, the first of which is this first year of the Duque presidency. 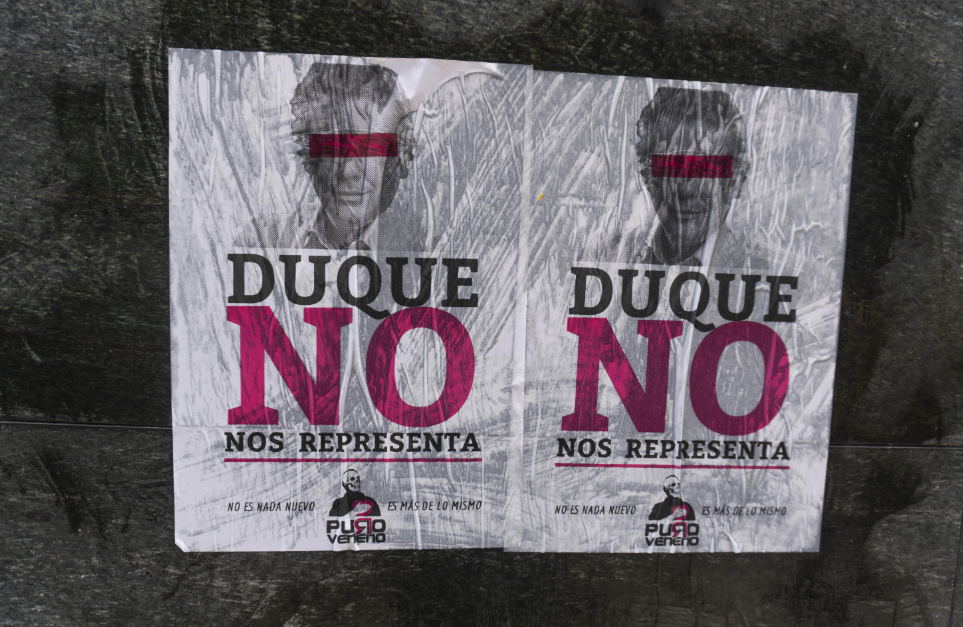 Again, the head of the UN Verification Mission in Colombia, Carlos Ruiz Massieu, says the government and guerrillas are committed to implementing the pact and that "there are clear and tangible elements in which one may see this commitment materialized." Notre Dame University's Kroc Institute, tasked with observing the accord's implementation, offered a similar assessment in its third report, in April. "Advances so far have been significant,' it reported.

It is brazen then to claim that Duque has not been honoring the state's side of the bargain, especially considering the anger this implementation is causing his political constituents. Indeed, many voted for him precisely so that he would rip up the scandalous scrap of paper. If, as some claim, he really were a puppet of the former president Álvaro Uribe, there would have been some tangible result by now of efforts to unseat him, and yet none is evident.

What do the reckless judges say to that?

No, the entire state has prostrated and abased itself to satisfy the guerrillas' demands and safeguard this apparent peace. A case in point are the high court decisions made with regards to Jesús Santrich (a fugitive guerrilla chief suspected of drug trafficking) and that almost amount to criminal complicity.

The transitional judicial body transferred its prerogatives to avoid Santrich's extradition to the United States, the State Council gave him parliamentary immunity before he had taken up his Senate seat, as the law demands, and the Supreme Court ordered his release, allowing him to flee. This blind gentleman is now armed again and threatening to kill anyone obstructing his revolutionary path. What do the reckless judges say to that?

The FARC lack the power they had 20 years ago, but with coca money and the backing of the tyranny next-door, they obtain arms, supplies and fighters in addition to those they forcibly recruit. They should not be underestimated ,even if their declaration changes nothing. We already knew the Santos peace was a lie, a farce and a fiction. They never laid down their arms, because they could never disarm their soul.