A French Kid Dragged Into Jihad, Lingers In A Syrian Prison

An 18-year-old prisoner recounts his departure from Roubaix, his life in a country at war, and his detention with no way out.

Mourad can no longer remember the titles of the books he used to borrow from the library at his former elementary school in the northern French city of Roubaix. There are no books where he lives now, in a prison in northeastern Syria. His parents forcibly took him to the land of the so-called Islamic State (ISIS), when he was only 12 years old.

And even if the "caliphate" is no more, he's remained a prisoner here: "I forget things ..."

Mourad, whose name has been changed, has spent the last six years living under falling bombs. His face twitches. He sits, often with one hand rubbing his eyes, in a bare room of a prison filled with incarcerated jihadists. He says that when he was little, he loved swimming and mathematics. That there was a large garden around his grandparents' home. Mourad's face is gaunt, his body lean. When Le Monde met him, it was the day before his birthday.

We had changed the country. My father said we would get used to it.

Like all the other prisoners, he is wearing an orange jumpsuit and plastic sandals. The words collide in his mouth. He chokes at the evocation of a past that seems impossible from where he stands. He speaks shards of childhood language which, little by little, disappear inside him, breaking against the prison walls. Then his eyes fly to invisible hells, where the memories of happy days struggle to come forth.

"I liked... I liked... school." He tries to go back in time. He tries to traverse, somewhere in the depths of his memory, this frontier so far from his former life. "I think that my father... I think he told us we were all going on vacation in Turkey. We went there and then one night ... In the morning, it was different. Houses ... There were things exploding. We had changed country. My father said we would get used to it." 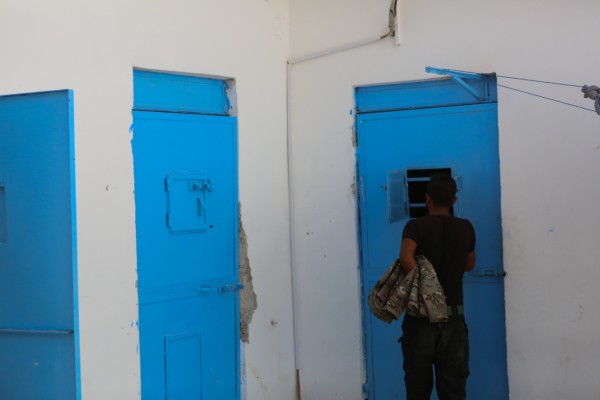 Mourad has just been released from a cell where the lives of 154 men and boys mingle in a miasma of sick bodies, gray blankets and lentil soup. Like all other prisoners on-site, these men were captured in Baghouz in March. Like Mourad, they were among the last subjects of the "caliphate", the last to have left the slime of mud, metal and flesh, that had been the last territory held by the jihadists.

23 adults and children from the same family, led by radicalized members, left France to answer the call of the new caliph.

Mourad recalls that during his childhood, his father worked in a bakery on a straight street with red brick houses whose name he does not know how to spell. One day, in late August 2014, his father decided to take his family to the chimerical lands of the "caliphate". Back then, the IS reigned supreme between the Tigris and Euphrates. Its Ieader, Abu Bakr Al-Baghdadi, had just demanded the allegiance of all Muslims. The jihadist group organized the migration of thousands of foreigners who adhered to its ideology of death.

"We left by car: my father, my mother, my brothers and sisters, my grandparents, my aunts, my uncles ..." Between Iraq and Syria, Al-Baghdadi's men had just restored the practice of slavery. They were organizing the distribution of their most recent human plunder: Yazidi captives rounded up in Iraq near Mount Sinjar. In Roubaix, 23 French adults and children from the same family, led by radicalized members, left industrial northern France by car to answer the call of the new "caliph".

Two months later, Mourad turned 13 in Syria: "We settled somewhere near Aleppo ... Manbij ... All the maternal side of the family was there, we were together." Little by little, his northern French accent returns. Manbij is close to the Turkish border. This is where the attacks of November 2015 were organized after their initial conception in Rakka, the capital of the "caliphate". Mourad learned Arabic and read the Koran.

The war picks up in 2016 with the arrival of the Syrian Democratic Forces, dominated by the Kurds. According to Mourad's story, the war continued to hound his family, whose journey through a Syria in flames began following the successive retreats of the "caliphate". "We went to Rakka, the bombs ... it started again. My brother was 5 and a half years old, he was wounded."

When the fall of the ISIS capital became inevitable, Mourad's family was dragged along the Euphrates in a hurried escape that lead to their defeat in the Baghouz compound, where the last of the jihadists were defending a few acres of mud strewn with tents and corpses. Meanwhile, according to Mourad, one of his younger sisters had her leg amputated after she was struck by a burst of a mortar shell.

Baghouz was a horror movie.

He woke up in a hospital with a broken leg after the bombardment: "Since then, I lost sight in one eye ..." He rubs his eyelid. During the last year of the "caliphate", Mourad's grandparents fled to an area held by the Kurds. He says he hadn't heard from them before he learned of his grandmother's death in a camp in northeastern Syria.

"Baghouz, it was the worst thing I saw in my life ... It's a horror movie. They shoot from the front. They shoot from the back. You see someone in the street... He dies. There are bullets, bombs. You do not understand what's going on ... The food ... nothing. A jar of jam costs $25, children, small, starve," remembers the young man, one word after another.

There, everywhere, death roams. Mourad says that his two little sisters were killed. His father left and went back to the front. One day, he died. "I became the head of the family. There was an agreement with the Kurds to bring out the women, the children. I refused to allow my mother, my brothers, my sisters to be separated," says Mourad. "At night they bombed all the time. You had to forget the light." His good eye looks lost. Eventually, his family was evacuated. He found himself alone and surrendered to the Kurdish forces.

"I remember, we were in the desert. The Americans had tables, computers. Foreigners, we passed them one by one," says Mourad. They told him to put his valuables, his watch, in a bag with his name on it. He was 17 years old when his third life began, full of truck rides and interrogations. It was spring, and he was a prisoner. Then, in the middle of summer with impossible heat, he was thrown in a cell to slowly cook with dozens of other prisoners.

"You took your clothes, you wrung them out. It was flowing on the floor," he recalls, twisting an invisible cloth between his clasped hands. "There was an opening, a fan pulling in the air, and then men began to die. They were choking. I'm not dead ... Some went crazy. They began to beat each other." One night, the Kurdish authorities reacted and ambulances arrived. They open the doors for the survivors and threw cold water on them: "They fell like [apples], one on the other." He taps his right palm on the back of his left hand.

Mourad has not seen the sun since his arrival in prison. "You forget the light." He lists at length the dishes served to the prisoners throughout the weeks, in the same order, always: "There are five different meals, rice, cracked wheat, beans, lentils, pasta ... in the morning there is date syrup, jam." Mourad's mind seems to be used to collecting the rare clues that prove he is living a different day from the day before, and that, in spite of everything, time in the prison is running its course.

What happens once that time is done? "Sometimes they say we are going to be judged. By who? I do not know ... They do not know..." Mourad says he has never seen a representative of the French government. Despite the fact that he was taken to Syria as a child, French authorities, who are present in the northeast of Syria, seem to have chosen to let him disappear into the oblivion of his jail. Children are left in closed camps without assistance. Is it because he is a minor that he has not been transferred to Iraq, like the eleven other Frenchmen who have since been sentenced to death?

Or does a more desirable fate await him in this disease-infested prison? He says that food is becoming increasingly rare. Then his words begin to fade. There is something he cannot say: "Life here, life before ... it's two things ... it does not mix ... it's impossible." A guard waits. We must leave. Mourad will return to the shadows. It's his birthday tomorrow: "My mother does not know if I'm dead or alive." Neither does his mother country. The last time his homeland saw him, he was 12 years old.

The economic crisis in neighboring Lebanon, coupled with COVID-19 travel restrictions, are causin...

The U.S. killed the ruthless leader last October in Syria at a low point for ISIS. But under his ...