For a brief, strange moment this week, the geopolitics of the COVID-19 pandemic shifted from world capitals and pharmaceutical giants to a small town in Argentina.

That's where Juan Carlos Gasparini, district mayor of Roque Pérez, population 10,000, went for his second dose of the Sputnik V vaccine with the intention of sending a message to the world and ... Vladimir Putin!

To express his appreciation of the Russian-made vaccine, the 72-year-old official arrived for his injection carrying a large framed photo of the controversial Russian president, whom he credits for saving countless lives in Argentina.

"I brought the picture because I am proud of him," the Argentine daily Clarín cited the 72-year-old mayor as saying.

Photographs of Gasparini carrying the image of Putin made national news in a country known for its gaping grieta, as Argentina's deep political divide is called. While the previous government, under conservative president Mauricio Macri(2015-2019), kept close ties with the United States, the administration of current President Alberto Fernández, a member of the Peronist party, has shifted its focus to strengthening ties with Russia and China. 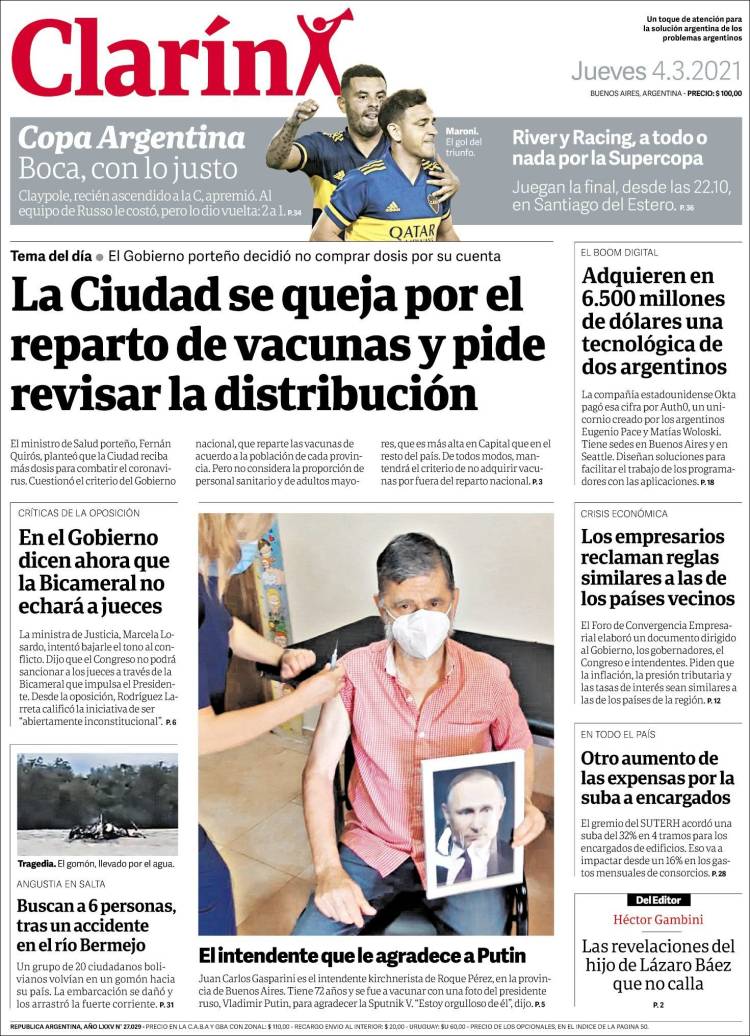 "I received the vaccine. Thank you!!" he wrote on Twitter, where he posted the photo of his vaccination. "They said they would poison us but they're saving our lives."

"For some time I've been wanting to pay homage to Putin," 72-year-old mayor told Clarin. "Today everyone wants to be vaccinated with the Russian vaccine. I said it three months ago: we'd all be fighting to get the Sputnik V."