Too Smart For Our Own Good? Imagining Future Human Evolution

As people continue to push the boundaries in areas like AI and biotechnology, it's worth asking what all these advances will do to our minds and bodies.

BUENOS AIRES — In a not-so-distant future when hunger, war and epidemics are no longer the agents of widespread death, and with the help of bio-engineering, cyborgs and non-organic beings, the human species will no longer exist in its present form but make way for a non-mortal, man-god without an expiration date. Such beings could simply keep on living — or at least until they're killed by a mishap or in war.

This is the hypothetical future sketched out in Homo Deus: A Brief History of Tomorrow, by Yuval Noah Harari and based on current technological developments. In this imagined world, men and women could lose their economic value, family dynamics would shift as both parents and children become non-mortal, algorithms could end up knowing us better than we do ourselves, and a person's place in society could be determined by genetic engineering, nanotechnology and the brain-computer interface.

Yet the most significant modifications homo sapiens may experience will happen in the mind — as a result of the fusion between artificial intelligence (AI) and normal human brain functions. That, then, will impact cognitive capacities, emotions, sentiments, learning and short and long-term memory. The brain, the key organ that sets our species apart and has generated technology for millions of years, will also be a biotechnological product.

AI will surpass human intellectual capacity and the control we have over it.

In the world that is coming, AI will gradually occupy a central place, forcing us to distinguish between 'weak' and 'strong' artificial intelligence. The weak systems are those that appear to have intelligent thought similar to humans' in their conduct but remain specialized in their application of more or less complex systems to resolving specific problems. Thus they do not show any symptoms indicative of cognitive states (like understanding, reasoning or learning).

'Strong' AI will refer to the capacity of systems to imitate certain cognitive processes or general capabilities of human thought (like understanding questions, acquiring knowledge, selecting relevant information, learning to do particular tasks or making predictions). They would also continuously improve their performance while carrying such operations. They learn from experience, in other words. 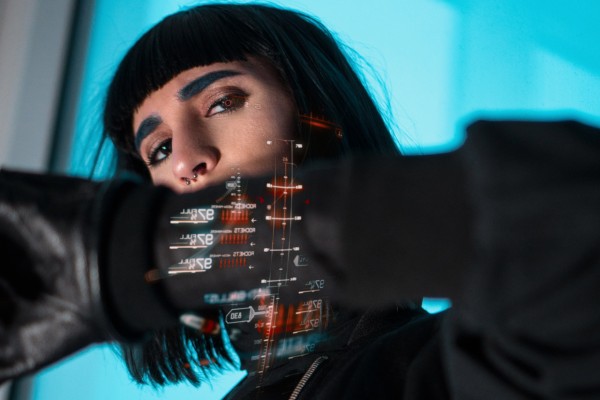 Will strong AI one day supersede human intelligence? Technological singularity is the hypothesis that at the current rate of progress, AI will sooner or later surpass human intellectual capacity and thus, the control we have over it. Is this a shift happening in the Western philosophical view of technology, or rather the Promethean tradition of technical progress as a means of 'bending' nature to our will, to attain collective, human liberation and betterment?

Are we moving toward a more Faustian vision, wherein we seek to remove all limitations sourced in the organic body that is the obstacle to our unbounded ambitions and potential? Are we in an inexorable transition toward the 'post-organic' human who seeks to overcome death, and settle into a body-freed existence based on immaterial codes or software, with a digital nervous system?

The revolution proposed by IT and biotechnology could eventually restructure our bodies and minds. The relationship between the human body and machine would thus change, and the physical and psychological abilities of humans would be improved through implants boosting their bodily performance, which would usher us into phases termed trans-humanism or post-humanism.

Nano-technological treatments that will finally control and reverse aging by 2045.

The former proposes a human being in transformation, with physical and psychological abilities superior to those of an ordinary person, but without this constituting the end of human evolution. It would be a departure, rather. The latter phase proposes a being with abilities that are exceptionally superior to humanity's present abilities. It would remove all ambiguities regarding the difference between the human and post-human, with the latter being totally different and probably more perfect.

The main causes of death in our world are aging and age-related diseases. There is no scientific principle in biology, chemistry or physics that forbids rejuvenation and imposes the necessity of death. For that reason, scientific development may become the basis for a quest for indefinite living, or the death of death through biotechnological treatments to reyouth people.

Such 'services' will become available from the 2020s, to be followed in the 2030s by nano-technological treatments that will finally control and reverse aging by 2045. A picture of the world to come entails accepting radical changes in the relationship between nature and culture, and biological and cultural components, and the abandonment of a dimension wherein biology meant limitation.

We are approaching a time when we shall have to come to terms with new anthropology that recognizes human destiny as increasingly dependent on science and technical elements. These will free people from causality and necessity, and might even come to free them entirely of nature's limitations.