How VR can help patients suffering from eating disorders, phobias and schizophrenia.

PARIS — The World Health Organization has said that one in four people will be affected by mental disorders at some point in their lives. In France, one in five people suffer from mental illnesses that, in the most extreme cases, can lead to suicide. An alternative to traditional treatments has emerged in clinical and academic circles: the use of immersive virtual reality.

Acclaimed by researchers, psychologists and psychiatrists alike, immersive virtual reality makes for a very effective self-observation tool for treating various disorders, minor or major. By making the real and the virtual worlds overlap, this technology allows patients to navigate from one universe to another so as to better cope with traumatic or anxiety-provoking situations.

"This technology works very well in the context of exposure techniques, where patients are exposed to high-risk situations," says Lucia Valmaggia, Professor and Director of Research in Psychology and Digital Mental Health at King's College London. She has been studying the positive effects of virtual reality (VR) treatments on psychoses for 15 years.

Valmaggia explains that when repeated, the VR technique will allow the patient to develop resilience with regard to phobias, OCD, acute anxiety, addiction or eating disorders. In the case of a fear of flying, for example, the patient is immersed in an ultra-realistic situation that reproduces the experience of a traveler, from the arrival at the airport to the landing. The strategy is the same for eating disorders: patients with bulimia nervosa have to walk, virtually, between the shelves of a supermarket or open a refrigerator filled with products that could trigger binge eating. 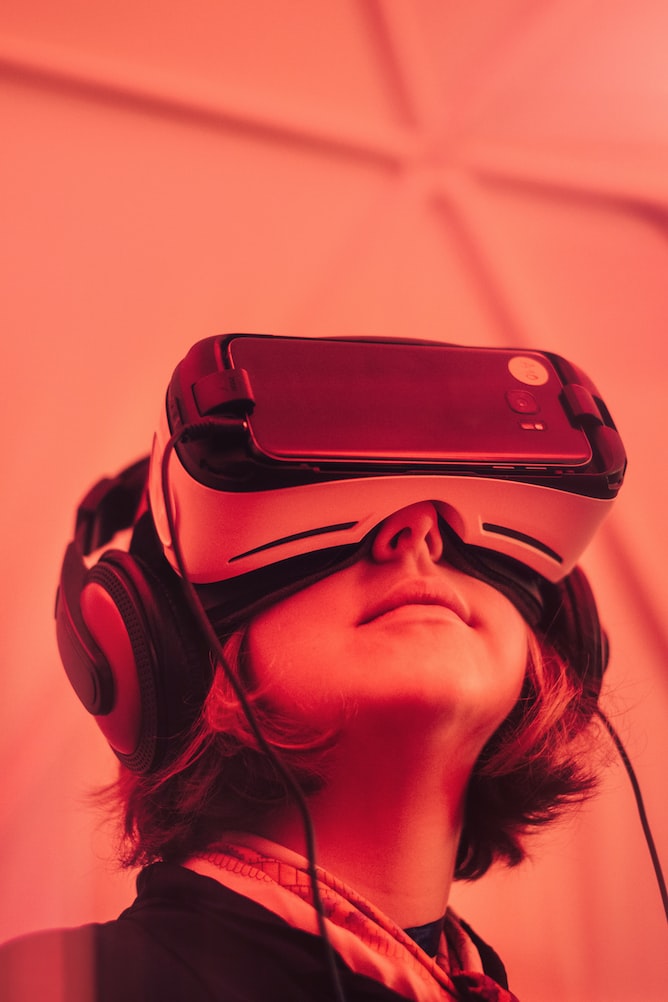 Virtual reality also makes it possible to address one of the symptoms that constitute this category of disease: dysmorphophobia, meaning the condition that leads a person not to perceive herself as she is. In a fitting room, the patient sees her silhouette superimposed on the one she thinks she has, in order to highlight her different perception. "For these diseases, virtual reality is more effective than conventional therapy, and less expensive because it can be delivered in fewer sessions," says Valmaggia.

Alexandre Dumais, a researcher and psychiatrist at the Philippe-Pine Institute in Montreal, has developed a pilot project to treat patients who suffer from schizophrenia and are reluctant to turn to hospitalization, drugs or electroconvulsive therapy. The goal is to teach these patients to respond to their hallucinations in order to push them back.

"For many people suffering from schizophrenia, hallucinations take the form of a humanoid demon that persecutes them," explains Dumais. Supported by a myriad of start-ups specializing in new technologies, the researcher reproduces his patients' demon as faithfully as possible, from skin color to the timbre of its voice, so as to allow patients to dialogue with the demon and to push it back.

It allows the patient to develop better coping strategies.

Since 2015, the avatar technique has been successfully tested on about 20 patients, including Richard Breton, 52, who, after only half-a-dozen sessions, observed an improvement in his condition. "I myself am still very surprised by the therapy's effectiveness, the results are extremely promising," says Dumais. "Coupled with cognitive and behavioral therapy, it allows the patient to develop better coping strategies."

The hardware necessary for many of these therapies remains very expensive and, although it's widely used in clinical research, its implementation has not yet become widespread. On the software side, improvements are still needed to make VR experiences more customizable. "The stronger the feeling of presence, that feeling of immersion, the more conclusive the treatment will be," Dumais explains.

It should be noted that very little research has been conducted on diseases such as depression or bipolar disorder, whose symptoms are harder to identify and reproduce.

But beyond clinical pathologies, VR is proving to be very effective in treating another one of the evils of our time: stress. By making the electrical activity of the body and mind visible, VR makes it possible to observe one's mental state in order to regulate it better in daily life.

"We will provoke in the patient different states in which cognitive functions will be put under strain. By repeating the sessions, we can better train a patient's responses," explains Guillaume Victor-Thomas, founder of Open Mind Innovation, a neuro-tech company. "In a gamified context carefully designed with neuroscientists and therapists, the patient will be subjected to planning and joint attention tasks, which are most likely to create stress, which can generate 'fight or flight' reactions that deteriorate cognitive performance and are harmful to your health."