The Eros And Ethics Of Sex Robots

What does she want? - Michael Coghlan

Imagine if machines could do the job of strippers — or prostitutes. Where would it lead us?

BERLIN — She gently slides her hands along the metal bar. The guests are hypnotized by her beautiful breasts. Her hips move to the rhythm of the music, with perfect mechanical precision. The "woman" dancing is a robot.

At the 2018 edition of the CES consumer technology show in Las Vegas, humanoid strippers caused a sensation, alongside the giant TV "The Wall" and self-driving cars from Nvidia. This tweeted video showing the metal creature getting down with a pole dance went viral.

But ethicists have begun to warn us: Sex and robotics, in such performances, should be considered as warning signs. Take Sophia, for example, who is modeled very precisely on a human being. It's still not easy to say she's a kind of antagonist to us humans. But hey, she's so realistic that she even got Saudi citizenship. Her Chinese competitor Jia Jia is even more troubling. She has shimmering skin with subtle shades, a few strands of hair fall into her face: At times, Jia Jia looks like a real human being, except she has no soul. Just a detail, really, when you are taking off your clothes.

Imagine robot strippers you are attracted to.

Time for you to think ahead. Imagine that there are already robot strippers that you are attracted to. Would it be more ethical (and safer) to let robot dancers strip instead of people? The long-overdue #metoo debate, with its numerous cases of sexual harassment and assault, has posed new questions. Should any women be dancing naked in front of men?

We men tend to be stimulated visually. And we want to satisfy our needs. To achieve that, we — but also some women — watch other people dance around a pole. If robot strippers do not work today, why not gradually start including robots in the industry? Yes, then, at that point even sex with them might be morally better. As chess player and hobby futurologist David Levy writes in the colloquial book Love and Sex with Robots, these practices could put an end to prostitution. 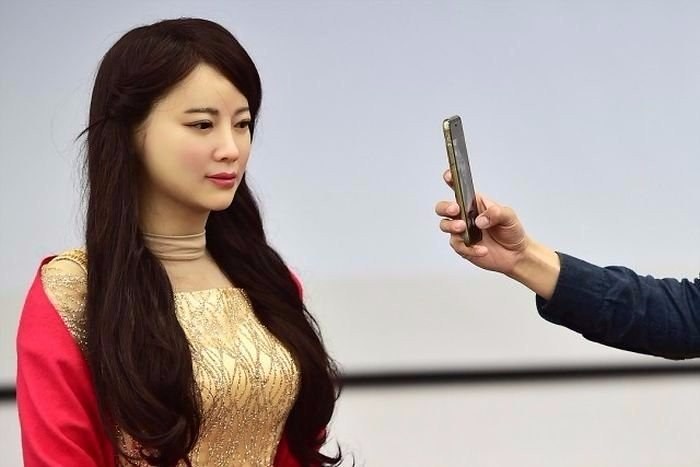 But others say anyone who believes this argument is responsible for their own illusions. Kathleen Richardson, an ethics professor at De Montfort University in Leicester, has long argued against the creation of sex objects in the form of robots. In 2015, she launched a campaign against sex robots. She was a keynote speaker in December at the International Congress for Love and Sex with Robots (yup, that really exists,). "Sex robots repeat and legitimate the objectification of people, especially women," Richardson says.

She quotes German philosopher Martin Buber, who said that within the personal pronoun "I" is always the "you". We are interpersonal all the time. When you say "I" you are always differentiating yourself from the others. So we should not make "you" an "it" by turning to robots. Objectification is inhumane and therefore always to be rejected.

Not so fast: objectification is not per se bad, says Oliver Bendel from the University of Applied Sciences in northwestern Switzerland. He has been dealing with information and machine ethics for years, most recently with sex robots. He sees the strippers of the CES as a beautiful artistic idea. "In principle, it's though communication and human love games that people are made into objects," Bendel says.

Beyond the artificial visual stimulation of sex, Bendel reminds us of those who enjoy watching violence. Robot gladiators, anyone?