The concept of smart cities is a kind of received wisdom among planners and technologists, but our digital world of today is not sustainable.

NAMUR — Last December, the morning after Saint-Nicholas Day, my daughter was impatiently waiting for the mailman, who was due to deliver the latest issue of her youth magazine. It immediately caught my attention as its front page featured a complete dossier on what our cities of the future will be like. Vertical, green but above all, connected. The word is out, our cities will be "smart cities."

This phenomenon is already booming here in Belgium. Every year since 2013, the Agoria organization bestows Smart City Awards to cities which invest in digital technology. Antwerp, Kortrijk, Ghent, but also Liège, Namur and Houffalize have all already received awards.

The idea behind this is to think about digital technology as vital to all the challenges posed by global warming, road congestion, air quality improvement or even biodiversity loss.

The result? A multitude of sensors, screens and wifi hotspots colonize cities, connecting everything that can be connected. All kinds of objects from swimming pool boilers to war memorial spotlights, road traffic flows or the level of glass shards in recycling bins, and even trees. The collected data is then transmitted, stored and processed, allowing optimal management of everything that makes up a city.

Full car park? The GPS will automatically redirect your autonomous car to the nearest free parking spot. A full recycling bin? The garbage truck will be notified immediately and will arrive to empty it. Tree in need of water? The sprinkler will instantly activate, delivering the correct dose of nutrients.

The concept of smart cities is now discussed in all urban planning seminars and conferences. The founding argument by advocates is that 70% of the world's population will live in cities by 2050. Yet such a vision is likely to have a colossal impact on the environment.

According to data storage company Quantum, a 100% autonomous car would emit 5 to 10 terabytes of raw data every day (1 terabyte = 1 million megabytes). But in one of its studies, the French Environment and Energy Management Agency (ADEME) estimates that sending an email of 1 MB generates 20 grams of CO2. With these proportions, it would mean that an autonomous car would produce 100 to 200 tonnes of CO2… every day. These figures may be just a rough approximation, but they show the enormous challenge presented by the environmental impact of big data in the future. In 2019, it was already estimated that the Internet, if it were a country, would be the world's third-largest emitter of CO2… 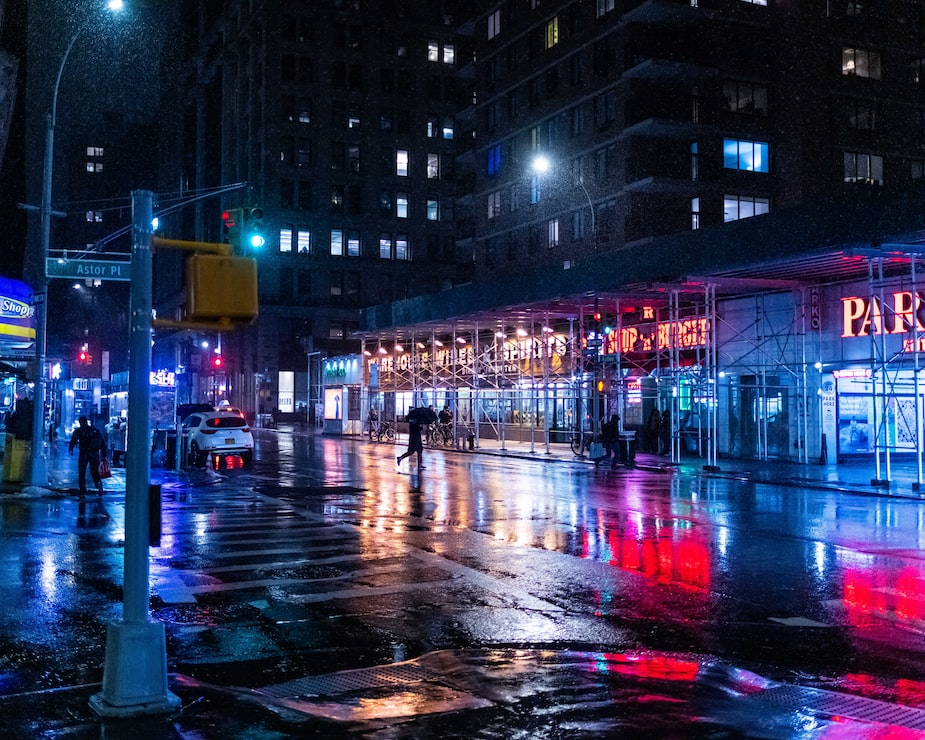 What if, instead, the urban population started to decline by 2050? — Photo: Jack Cohen

While the connected city can certainly provide answers to future challenges, the low-tech city — a concept that's still largely absent in urban planning debates — can offer a range of solutions and technical innovations that are just as effective and much less energy-intensive.

For instance, rather than building an underground network of pipelines and stormwater basins equipped with sensors to monitor the level of runoff water at all times and manage its flow, the low-tech city only needs an overhead network of infiltration basins and temporary immersions basins. Not only is this solution cheaper and less energy-intensive, but it also helps to develop biodiversity and reinfiltrate rainwater into the water tables.

While the connected city maintains road infrastructure and invests massively in cameras, sensors and digital panels to channel all traffic flow as efficiently as possible, the development of its low-tech counterpart relies on public spaces for public transport, bicycles and pedestrians.

Waste management can also be handled differently. While the smart city equips each bin with a connected chip which alerts the waste collector as soon as the filling level is reached, the low-tech city eliminates the door-to-door collection system by the generalization of bulk, deposit and compost.

The Internet, if it were a country, would be the world's third-largest emitter of CO2

However, the low-tech city concept doesn't work well with a high population density. Beyond human infrastructure, it also requires a large surface area dedicated to natural facilities which play a role in regulating our resources and waste. Over a certain number of inhabitants, the lack of space forces you to switch to the connected city model.

According to urbanist Carlo Ratti, this is inevitable — still because of the assumption that 70% of the world's population will live in cities by 2050. But the inevitability of this trend can be questioned.

Indeed, for the first time in a century, the number of farmers is increasing, both in Flanders and in Wallonia, Belgium's two regions. And this is not a circumstantial effect: this rise reflects the start of an economic and demographic redeployment of our rural areas, in response to a dominant agro-food policy and its low prices which, crisis after crisis, has shown all its limits. Urban planning may be born from the attractiveness of cities, but above all, it feeds on the lack of interest in the countryside that intensive agriculture helped to create.

What if, instead, the urban population started to decline by 2050? This hypothesis would open a whole range of possibilities to the low tech city — enough to question our desire to transform all our cities into smart cities.

*Jean-Philippe Lens is a bioengineer in land use planning, mobility advisor and works for the architecture firm Dr(ea)²m.

**This article was translated with permission from its author.

Google Forces 69-Year-Old To Prove That He's Not Underage

A serious AI fail in Belgium for the supposed algorithm experts of Mountain View.

"Preheat oven to 250 °C, add three teaspoons of salt into water, rinse and peel the asparagus ...