ST. CROIX — The Carnegie Airborne Observatory spent 16 days flying over a region devastated by hurricanes, using advanced tools to discover the extent of coral reef cover and assess its condition. The data will help with coral restoration efforts.

Researchers deployed the world's most advanced Earth measurement system over the Caribbean Sea this month to chart coral reefs in unprecedented detail. The maps will be used to develop marine conservation plans in a region devastated last year by back-to-back Category 5 hurricanes.

Operated by the Carnegie Airborne Observatory (CAO), the project will create the first high-resolution maps of the shallow waters off St. Croix, the United States Virgin Islands and the Dominican Republic. The information will help the Nature Conservancy environmental group, which organized the initiative, plan coral reef restoration and protection. Scientists flew two flights a day for 16 consecutive days in April and May to gather data on reef ecosystems showing where they're in trouble and which spots provide the best opportunity for restoration and development of new coral colonies. [Note: June 8 marked World Oceans Day]

After hurricanes Irma and Maria hit the Caribbean hard last year, its reefs sustained significant damage. But no one really knows how much because so few are mapped – reef extent worldwide is known at about 50 percent accuracy. "It's like saying we don't know where forests are," says Greg Asner, the Carnegie Airborne Observatory's founder and director.

Asner started the CAO, part of the Carnegie Institution for Science, in 2005 after 15 years working with NASA. He decided he wanted to apply his approach to conservation and has focused the CAO on mapping tropical forests' biodiversity and biomass, animal ecology and conservation, and coral reefs. The reefs work is geared toward searching for live coral refugia – spots where coral species persist despite dying off in surrounding areas – and identifying seafloor habitats with potential for accelerating restoration efforts, such as planting coral nurseries.

So he built a lab inside a plane. Now in its third generation and known as CAO3, it holds five instruments that complement each other: a custom-built, high-powered, twin-laser Lidar device that sends 500,000 pulses of light per second at the ground to determine position, similar to the way sonar locates objects using sound; cameras capable of collecting data to a resolution of 10cm (3.9in) from an altitude of 1,000m (3,300ft); and two hyperspectral imaging devices, which show light beyond the wavelengths visible to the human eye. Using "deep learning," a form of artificial intelligence whose algorithms form a network that can make its own decisions, data scientists on Asner's team can identify organisms in the hyperspectral images and whether they are alive, dead or under significant stress.

Imaging spectroscopy is deeply connected to knowing whether or not a species will bleach, before they bleach.

One of the challenges inherent in working with such precise instruments is ensuring that the data stream each one produces is aligned with the others; failure to do so would produce slightly off-kilter maps of varying resolution, rendering the endeavor effectively useless. So physicists on the team retrace the location of individual photons as they enter the aircraft. Atomic clocks then measure the amount of time that passes between the photon entering the plane and hitting each instrument. Their precise location is understood through a unique technology, called an inertial motion unit, that is so sensitive and advanced Asner must continually report its location to the U.S. State Department as part of its program to mitigate technology loss from the U.S. Knowing the time each photon hits each instrument, and where the instrument is in space, allows the scientists to register all the data in a single map.

"CAO3 is really down in the weeds of actually looking for weeds – invasive species – as well as individual organisms of live coral," says Asner, who noted the system is capable of mapping to a depth of 15 meters (50 feet).

"Their approach to combine multiple sensors in a simultaneous collection is very powerful and has a lot of potential," says Tim Battista, a biological oceanographer at the National Oceanic and Atmospheric Administration who has conducted reef mapping using Lidar.

Thomas Painter is principal investigator of NASA's Airborne Snow Observatory, which determines the water content of snowpack in the Western U.S. "The Carnegie Airborne Observatory is the pathfinder for understanding ecosystems, between its cutting-edge spectrometer combined with scanning Lidar and its extensive data-processing chain and team," he says.

Collecting the images from the sky is only part of Asner's coral-mapping effort. His scientists also take the hyperspectral cameras underwater to collect the spectral signatures of known coral species. The airborne observatory's images are then matched to these libraries using deep learning techniques – essentially the same approach Google Photos uses for face recognition. 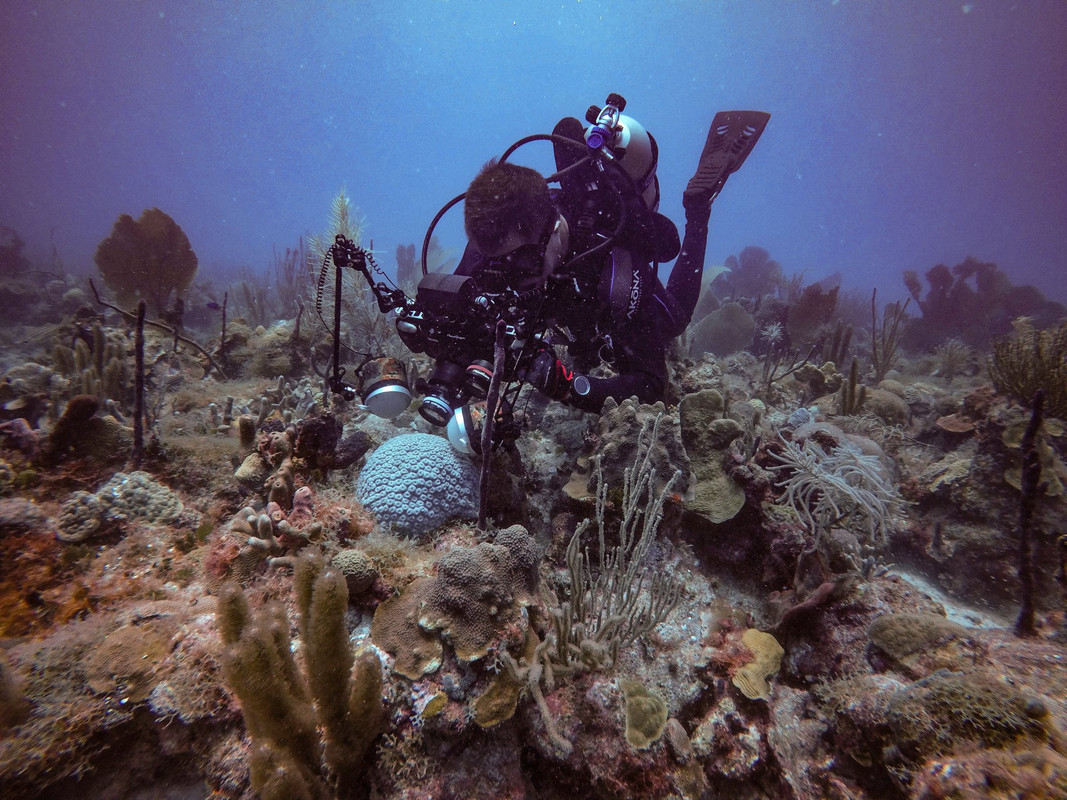 Working with the Hawaii Institute for Marine Biology, where researchers are decoding the genetic expression that occurs among corals which are susceptible to bleaching, the CAO can determine in advance whether or not a species viewed in a particular location will bleach, according to Asner. "We know imaging spectroscopy is deeply connected to whether or not a species will bleach, before they bleach," he says.

The CAO's work in the Caribbean is the middle layer of a three-step process scientists at the Nature Conservancy are undertaking to create scalable solutions for reef monitoring and protection. Monitoring images from Planet, a company that provides global satellite imagery that's updated everywhere almost daily, the group can see where reefs are and detect change at a rough resolution. CAO then zooms in to show coral genera, bathymetric composition and coral stress based on chemical signatures visible in the spectroscopy. Scuba divers and drone operators then validate what CAO has picked up, which also helps Asner's data scientists train their algorithms to more accurately assess habitats.

The Nature Conservancy is now working with the government of the Dominican Republic, conservation groups and private-sector partners in the tourism industry to develop a management plan for a new marine protected area recently established by the government.

This type of effort is hugely necessary in the Caribbean.

"It's hard to design a good marine spatial plan without knowing where the reefs are and what condition they're in," says Joe Pollock, a marine biologist and the Nature Conservancy's coral strategy director in the Caribbean. He says he is confident that the CAO's maps and his organization's reports that will include them won't be "just dropped on someone's desk and forgotten about. This is something there's a real thirst for."

Once CAO identifies degraded areas and prime spots for restoration, the Nature Conservancy will build on existing work with Secore, a nonprofit with experts specializing in facilitating sexual reproduction of coals, and the Mote Marine Lab, which has developed microfragmentation techniques that can accelerate the growth of coral polyps, to restore reefs in the newly mapped areas for shore protection, fisheries production and tourism. Mote has discovered that by breaking a colony into small pieces, they grow faster than they would apart, and fragments from the same parent will re-fuse if placed beside one another. "You can now shortcut the long amount of time it normally takes corals to become sexually active," Pollock says.

"This type of effort is hugely necessary in the Caribbean," says Battista. "While extensive work has been done in the U.S. Caribbean, reefs in the [Dominican Republic] are largely unmapped so it's particularly needed."

This article was originally published on Oceans Deeply.