Putin has been recasting his image as a techie. - Kremlin.ru
Benjamin Quenelle
LES ECHOS
2018-03-16

MOSCOW — Rumor has it that Vladimir Putin is something of a techie. Though the man in charge at the Kremlin has been vague about his economic priorities after the March 18 presidential election, Igor Shuvalov, Russia's First Deputy Prime Minister, says that Putin "is obsessively interested in new technologies and the digital economy." During a meeting on innovation, the Russian president is even said to have kept Shuvalov and other officials up until early in the morning with questions and ideas of strategy.

An opportunistic makeover? Over the past few months, this man who used to boast about not owning a smartphone, hardly ever using the Internet and never checking Instagram before going to bed, has sought to rejuvenate his image, by multiplying visits to the emblematic spots of Russia's tech scene.

In September, he visited Yandex, the "Russian Google," which the Kremlin long suspected of serving Western interests, and stopped by the cable operator ER-Telecom where he shook hands with a robot. Days before, while talking to students, Putin had explained no more no less that "Artificial intelligence is the future, not only for Russia but for all humankind." And, he warned, "whoever becomes the leader in this area will become the ruler of the world."

Six months later, in his state of the nation speech, on March 1 — the only major address before the presidential election — Putin remained vague about his economic proposals and didn't even use the word "reform." But he insisted heavily on the profound technological changes. And not just in civilian life ...

The candidate for reelection has recently shown off his new arsenal of nuclear missiles, underwater drones, and laser weapons. The Russian military-industrial complex has already demonstrated its new feats in electronic optics and neural networks for the detection, identification and automatic processing of targets. Among its most recent creations: AK-12 assault rifles, Platform-M combat robots, and other killer robots among the 200 "new weapons" tested in Syria by the Russian army.

Like for many of his predecessors, "high-tech" for Vladimir Putin translates above all in military terms. But all civilian platforms are good to talk about it. In February, as he visited the Akademgorodok, a former Soviet "academic village" in the middle of the Siberian forest which became a startup incubator, he tried to convince young talents to stay in Russia to stop the brain drain.

At last June's St. Petersburg International Economic Forum (the Russian version of the Davos World Economic Forum) Putin had already made a remarkable appearance, talking less about oil and gas than about Big Data and nanotechnologies. He'd called on the giants of the public economy to create departments open to start-ups and venture capital funds to finance them. "We are preparing a program for the development of the digital economy," he promised, with innovation serving the goal of his ultimate mandate: Russia will surpass global growth rates.

State controls are too strong.

For the time being, the Russian economy is still highly dependent on hydrocarbons and its lack of diversification means it's threatened with stagnation. Far from the 3.9% forecast by the IMF in 2018 for global GDP growth, Russia grew by only 1.5% last year.

"New technologies are not about to be an engine for growth ... State controls are too strong and the judicial system prone to corruption so the business climate remains bad: Venture capital doesn't come here to invest!" says a worried businessman who, despite being close to the regime, admits being frustrated by the lack of results behind the speeches on digital technology.

In its program, the Kremlin has nevertheless set a target (2025), a budget ($3.5 billion) and priorities (new regulations, education, research and IT infrastructures). It's on this last front that progress has been most evident, with a strong penetration of mobile networks, increasing digitization of administrative services and the modernization of cities thanks to new technologies.

The share of the digital economy in the GDP is already close to 3% (compared to 5% in France). Investments in Russian high-tech, all sources combined, increased from $210 million to $277 million between 2016 and 2017. But Russia ranks just 25th globally in terms of innovation, according to the Bloomberg Index. At first glance, oligarchs and political clans close to the Kremlin have no interest in disrupting the oil windfall, which sits at the heart of the system and maintains the regime and fortunes in place. But "oil will soon be dead. Russia must transform itself into a technology center!" says one of the few oligarchs who's investing in new technologies.

Nonetheless, the public's appetite for new technologies is very real. Internet penetration has increased to nearly 80% of the population in less than a decade (the target is 97% by 2025). Russians quickly adopted mobile data. Instead of modernizing the 3G network, operators have deployed 4G on a large sale, with coverage now larger than in France.

"Things are moving forward! Traditionally, we have good scientists, but poor managers. Our talented youth are no longer looking to go abroad and are staying in Russia," says Olga Uskova, a well-known businesswoman and president of Cognitive Technologies.

Her software company's big project is driverless cars. "In R&D, 200 of them are working on this model. All Russians between 20 and 30 years of age," she says, estimating her investment at $20 million.

Russia is a leader in cryptocurrency technology.

In just a few years, Russia has also gone from a cash economy to a mobile payment economy, thanks to so-called fintech. A paradox, in a society where a quarter of the population still lives without a bank account. Russians are among the biggest users of Android Pay and Apple Pay.

In contrast to European markets, where startups are competing with the main players, Russian banks are challenging themselves. The sector's leader, the state-owned Sberbank, the post-Soviet mastodon, has accustomed its customers to digitalization.

After having met Vitalik Buterin, the Russian-born founder of Ethereum, Vladimir Putin even asked his government to work on the launch of the CryptoRuble in mid-2019 — despite the central bank's skepticism. This state-controlled virtual currency would potentially be a way to circumvent the Western financial sanctions which, since the beginning of the Ukrainian crisis, have limited Russian access to European and American capital. "There's a lot of demand for our programmers in cryptocurrency algorithms," insists Ivan Koval-Zaytsev, who heads a fund specialized in these new currencies. 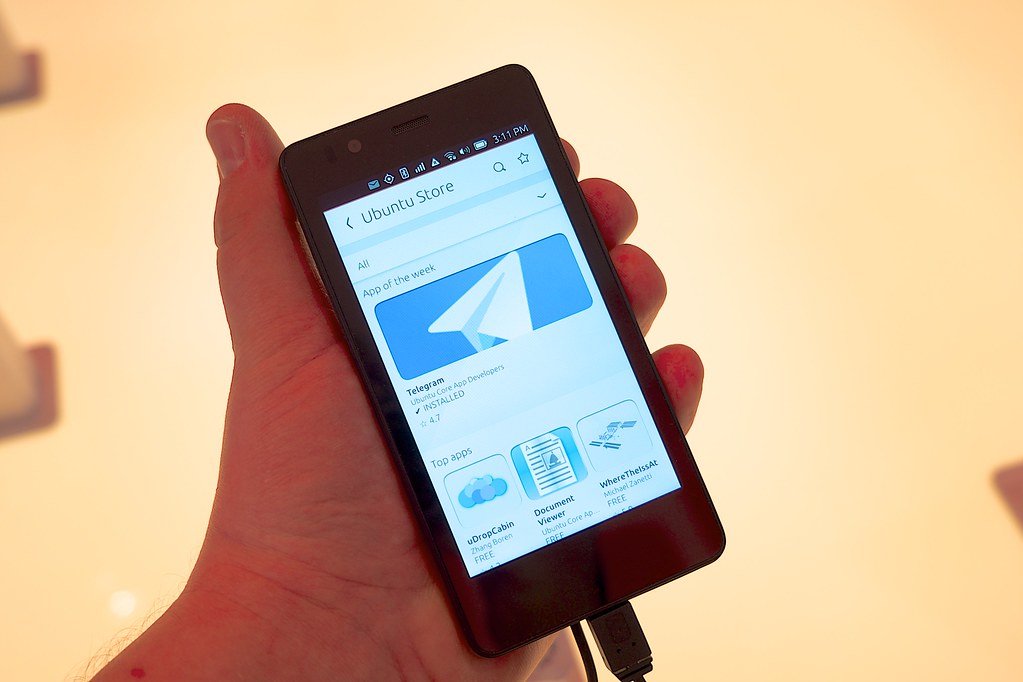 "Russia should be able to give birth to currencies capable of surpassing Bitcoin," says Dimitri Karpilovsky, a star among the experts gathered at the recent forum on cryptocurrency organized in Skolkovo, the high technology business area located in Moscow's suburbs.

The authorities dreamed of building a Russian Silicon Valley in Skolkovo. Launched eight years ago, and despite many controversies and corruption cases, the project is expected to have 35,000 residents by 2020 in an environment that is expected to rival California's ecosystem. Today there are 5,000. Around the technology park, buildings have been erected but remain depressingly empty.

Pavel Novikov, who has worked with startups in facial recognition, customer information gathering and fast credit services, explains that the complex is divided in five clusters: IT, energy efficiency, nuclear, biomedicine, telecommunications, and space. "We have 1,700 start-ups that are active," he says. "But we're still a long way off ... Microsoft alone registers more patents than the whole of Russia! Our startups often bring business management innovations rather than new technologies."

The development of startups also comes up against two other obstacles: the home market's weakness and corruption in the judicial system, which makes it difficult to defend your case in court when a predator takes over a successful startup. "It's a burden ... Homo Sovieticus took little initiative. Thirty years later, the USSR's legacy is still very much there, but things are changing," says Arseniy Dabbakh, an expert with GlobalScope who spoke recently at the International Forum Open Innovations, the annual exhibition held in Skolkovo.

"Many Russian researchers are struggling to get their inventions out of the labs and to commercialize them. This should attract Western partners and investors," says Kendrick White, an American expert on Russian high-tech. "We feel a strong dynamic. But it remains very much Russian-oriented and it's difficult to enter it when you're a foreigner," notes Maxime Baffert, managing director at the annual Paris-based VivaTech conference.

Some Westerners have, however, already overcome these obstacles. "We see many promising startups and outstanding mathematicians in Russia," says Armen Badalov, vice-president for strategy at Schneider Electric, which has opened an R&D center in Skolkovo and plans to invest 1 million euros over the next five years. He's inaugurated another such center in Innopolis, a new city dedicated exclusively to computing technology, 700 kilometers from Moscow.

The Kazan region, which has long depended on oil revenues, looks like it is set to rise to the challenge of diversification. With a technology park built around a kindergarten, a high school and a university all focused on mathematics and English, this state-of-the-art city, where private and public investments have met, seems to be leading the way. The corporations established "produce, sell, make income and profits," insists the corporate park's director Anton Grachev.

Could Innopolis be a model for the rest of Russia? "Not so fast …" Grachev says with a smile. In a country with such huge oil reserves, these local successes are still just a drop in the GDP ocean.

The imposition of quarantine and self-isolation has hit migrant workers hardest of all. They have...

As the coronavirus pandemic tightens its grip, Moscow is struggling to put together a coherent st...