The Many Paradoxes Of Taiwan's Own Quest For Independence

Flags and bridges in Taipei - moriakimitsuru

While the world is focused on Catalan and Kurdish movements for nationhood, Taiwan lives in the shadow of both mainland China and its own political contradictions.

PARIS — As a Taiwan native living in Europe, it has been interesting to follow Catalonia's growing demand for independence from Spain at the same time that the Communist Party of China (CCP) has opened its 19th National Congress in Beijing. The question that connects these two seemingly unrelated events is one that is too often overlooked: Taiwan.

A wealthy democracy with a population of 23 million people, Taiwan should be hard to ignore. But few people are aware that a Taiwanese citizen would be denied entry to UN buildings with his national passport. This more or less summarizes the island nation's international status today. Though a sovereign state, with a people, land and an army, Taiwan is only recognized as a nation by 20 relatively small countries in Latin America, the Caribbean, and Asia Pacific. The only country in the West to recognize the island state is the Holy See, due to the fact that Catholics, as well as followers of other religions, are still often victims of persecution in China.

A month ago, Lai Ching-Te, the newly appointed prime minister — the second since President Tsai Ing-wen took office in May last year, and a particularly popular politician from the ruling Democratic Progressive Party (DPP) — declared in Taiwan's legislature that he is a "political worker who advocates Taiwan independence."

That statement was largely attacked by supporters of the pro-unification Kuomintang (KMT) party. "This is bringing Taiwan to the brink of war, especially coming on the eve of the 19th congress of the CCP," said Lai Shibao, a KMT legislator seeking to intimidate the prime minister.

The Global Times, a Beijing mouthpiece, was quick to add a bit of bullying: "Taiwanese officials are but burning their tongue fast. They'll pay each time for their presumptuous and hypocritical words, and so will Lai Ching-te".

Lai has stuck to his guns nonetheless, the first time an incumbent head of government in Taiwan has sent a firm and clear message to Beijing that a pro-independence trend is growing on the island, which China continues to regard as a rebel province. 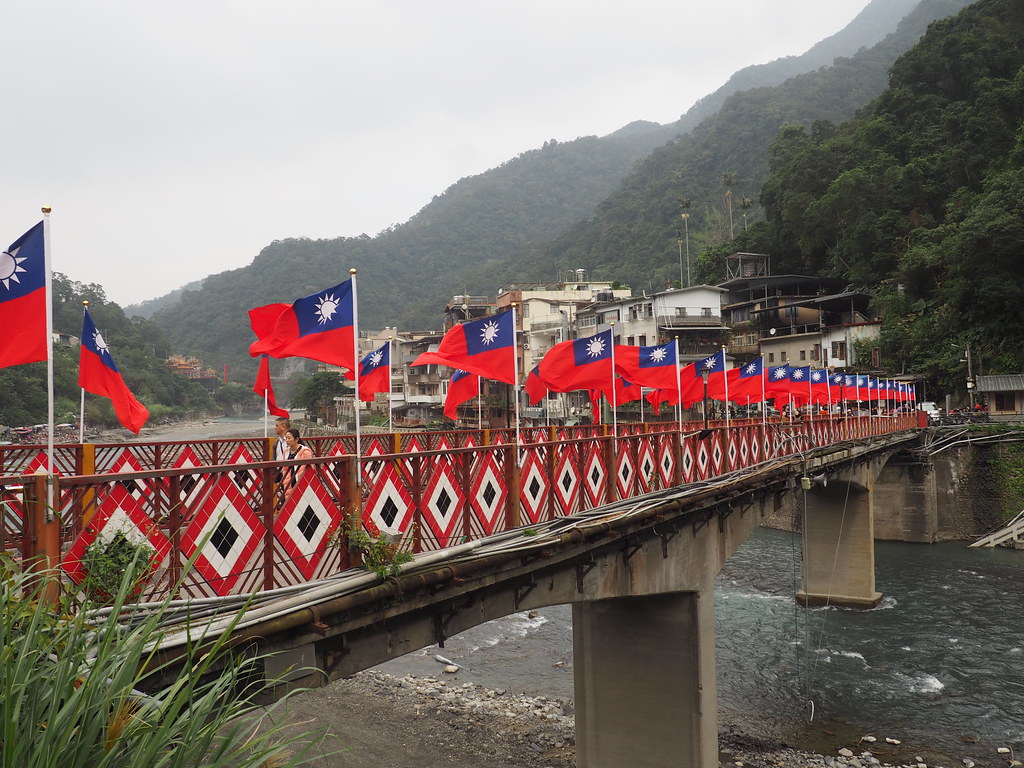 Before the 19th CCP Congress kicked off on Oct. 18, many people predicted that the Chinese leader Xi Jinping would send out a further message by flexing muscles towards Taiwan, or even fixing a timetable for reunification. But as Lin Cho-shui, a well-known Taiwanese commentator; noted: Apart from sternly repeating its stance of safeguarding national sovereignty and the "One China Principle," Xi's extra-long 205-minute opening discourse included only 560 words about Taiwan, compared with 660 words and much more specific unification policies raised by Xi's predecessor, Hu Jintao, in 2012.

Many observers attributed this relative lack of attention on Taiwan to the multiple challenges Xi currently faces: the U.S.-North Korea standoff, the worries of potential turmoil at home, and the so-called "Belt and Road initiative" supporting China's peaceful economic rise.

This is in effect very disappointing for the Kuomintang (KMT), the opposition Nationalist party which, along with China, uphold the same "1992 Consensus" — referring to an accord between Taiwan and China that "there is only one China," proclaimed by China after a semi-official meeting with Taiwan in 1992. Both Taiwan's then President Lee Teng-hui and the current President Tsai Ing-wen's ruling Democratic Progressive Party (DPP) deny that such an agreement exists.

Drafted and adopted by the KMT in 1948, Taiwan still uses the same constitution that nominally claims ownership to the name China, and even Mongolia, in the Republic of China (ROC). Since the constitutional amendments of 2005, it stipulates that the ROC effectively controls only the free area of Taiwan and its several small outlying islands.

This makes the fundamental divergence between the KMT, which lacks any new political ideas in spite of Taiwan's evolution over the past three decades, and the DPP which seeks to promote a civic awakening of the Taiwanese as a nation.

The main reason that KMT ties itself to the ideological dogma that there's only one China is just its way of allowing itself to be differentiated from the DPP at home, while at the same time playing nice with the Chinese Communist Party. This can also be explained by the many personal ties and interests that KMT senior officials have developed in China since the two countries opened up their relationship 30 years ago.

The schizophrenia of KMT and the ideology it embodies is demonstrated in other ways: In its denial of the idea that the "China" recognized by the international community is also the country on the other side of the strait that has installed more than 1,000 surface-to-surface missiles pointing at Taiwan; the absurd scene in 2008 when then ruling KMT government under Ma Ying-jeou ordered police to brutally take away ROC national flags, brandished by demonstrators, while China's five-star emblem was allowed; and KMT's habit of accusing political rivals of being traitors or non-patriotic at home, even as its representatives grovel in obedience to pressure from Beijing.

In a letter addressed to praise the opening of the 19th CCP congress, Wu Den-yih, the KMT chairman, omitted the words "Republic of China," just one more petty episode to show the party doesn't really believe in its own destiny.

"Not only is this a question of reality and lies, but also a question of wrong or right," said Cao Changqing, a famous Chinese dissident and supporter of Taiwanese independence, speaking recently on Formosa TV. 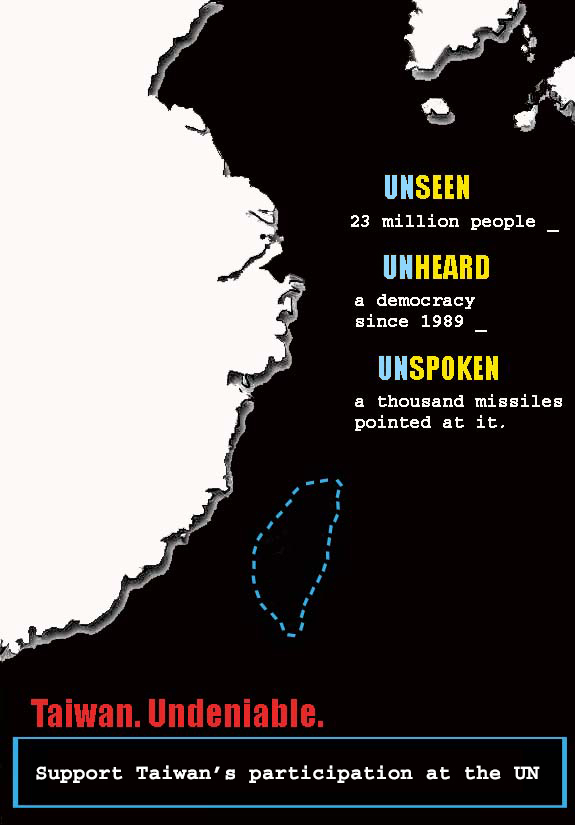 Meanwhile, pragmatic initiatives promoted by Taiwanese for rectifying the name ROC — such as reapplying for UN entry under the new name of Taiwan — are regularly blocked. Since her inauguration, President Tsai has declared that: "Our goodwill has not changed and Taiwan is to remain at the status quo." Still, her ambiguous position intent on avoiding provoking China has so far hit a brick wall. As Fitch, a credit rating agency, recently described, the cross-strait relation has become "frayed" ever since Tsai took office because she refuses to commit to the "1992 Consensus" for a One-China solution.

Movements promoting the vernacular Taiwanese languages long banned at school and on TV and radio, as well as campaigns advocating constitutional rectification by name and territory changes, have never ceased over the past seven decades on this island. Having been colonized in the past by the Spanish, Dutch and Japanese, Taiwan possesses a culture distinct from that of China.

Moreover, seen today in the context of the recent referenda held by the Catalonians and Kurds, such desire for clarity on its nationhood is only bound to grow in Taiwan. Premier Lai's declaration was largely applauded by pro-independence supporters who have long been frustrated by the framework set by KMT and the CCP.

"He breaks away from the predicament of the Kuomintang and the Communist Party," remarked Chen Fangming, a former DPP spokesman.

"If you don't speak out in your own name, who else will do it for you?" That was what my English husband told me that some 30 years back when he first arrived in Taiwan, trying to make sense of the surreal national identity disorder sponsored by politicians on the island.

*Lisa Lane is the author of 'Mémoire of Peter Huang', the biography of a political dissident who twice escaped capital sentences and spent twenty-five years in jail for advocating Taiwan independence.