The author of "Infinite Jest" and "The Pale King", who took his own life 10 years ago, saw a higher meaning in the mundane — even wrestling with the French bureaucracy.

PARIS — On September 12, 2008, David Foster Wallace hangs himself in his California home. He is 46 years old and has suffered a life-long battle with depression. The American author is something of a literary icon at the time of his death, best known for writing Infinite Jest, a category-defying 1,100-page novel about addiction and tennis, with a hundred pages of endnotes. Before his suicide, Wallace has arranged the pages of an unfinished manuscript on his desk.

Wallace's editor, Michael Pietsch, compiles the material Wallace has left behind, and The Pale King is published, posthumously, nearly three years later. The novel is set in an IRS office in the American Midwest and follows its employees in their mundane, repetitive, and tragic — but ultimately beautiful — lives. It is a book about boredom and bureaucracy, with detailed footnotes explaining the differences between various tax return forms and other daily matters. The New York Times called it "by turns breathtakingly brilliant and stupefying dull," which is perhaps the closest imitation of life an author can achieve.

June 2014. Having heard and read rave reviews for The Infinite Jest, I checked for Wallace one day in a bookshop near my rural hometown in Suffolk county, UK, but found a copy of The Pale King instead. The next few weeks were grueling, as the footnotes did their best to grind me down. But despite the monotony — or rather, because of it — the moments of comedy, tragedy and humanity took on a heightened importance in much the same way that a simple act of kindness can transform an otherwise gray day.

If a novel can be said to have a thesis, then The Pale King's is delivered by an accounting professor preparing his students for their future careers in bureaucracy. 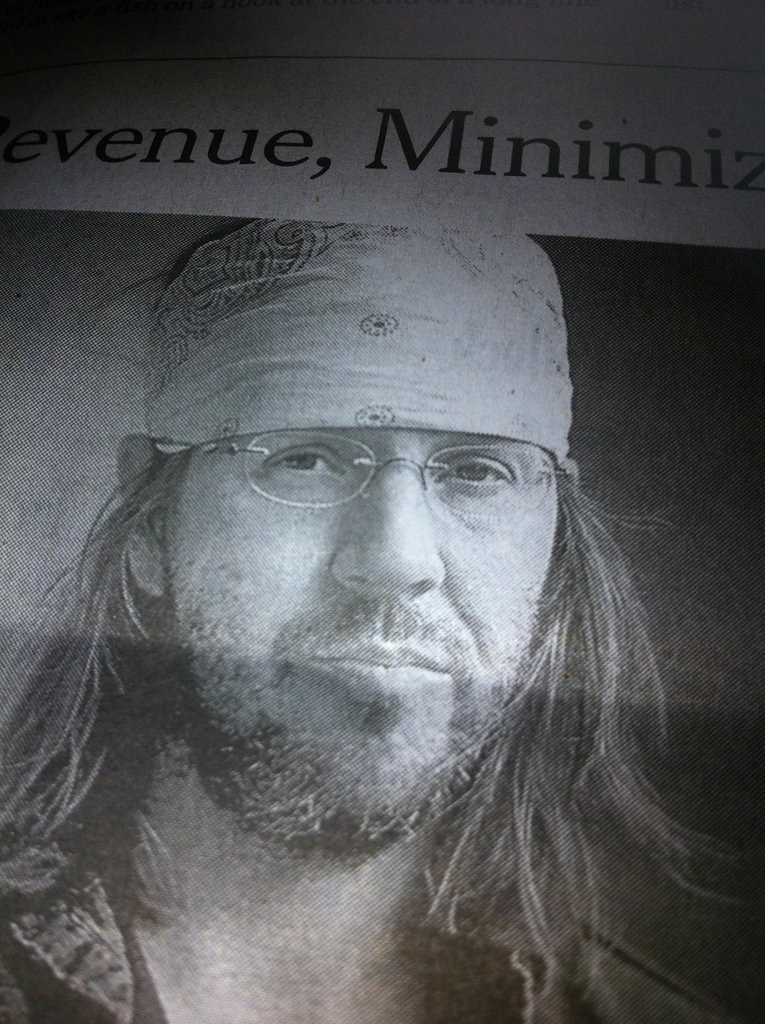 "True heroism is minutes, hours, weeks, year upon year of the quiet, precise, judicious exercise of probity and care," he says. "With no one there to see or cheer. This is the world."

September 2015. When I arrived as a foreign-exchange student in Dijon, France, I was bombarded with war stories about run-ins with the infamous French bureaucracy. I got my first taste of it standing in line to enroll in my classes. You stand in line for three hours to see somebody at a desk tucked away in a narrow corridor just off the large entrance hall. You finally get to the front only to be told that this is the line for non-EU students, and that the much-shorter line for European "Erasmus" students is adjacent. Of course, both desks are hidden since the corridor is filled with people, so you cannot see the purpose of each line until you are at the front. Once you are there, you must present a number of documents, proofs of identity, and a photocopy of an EU Health Insurance Card (which was not on the list of required documents you were sent and which you must show even if you have on your possession the physical card). The point of all of this is to fill in a form at the desk and make an appointment for one week later, when you will bring in all of the documents that have just been checked so that they can be checked again. Officially.

In another time and place, this would have driven me close to insanity; expressed, in the British way, with lots of heavy sighing. Only, I was still thinking of The Pale King, and I had begun to see some kind of beauty in the bureaucracy. If a lost tax accountant is worthy of incredible literature, so too is my act of waiting in line. Thanks to this new perspective, those three hours spent in that entrance hall are not just some pause before life resumes. They are life itself, in all its mundane, heroic glory.

I had begun to see some kind of beauty in the bureaucracy.

As the weeks in Dijon flew by, I forgot about the book. Until it was time to return home, and I found myself waiting in line again, this time at the airport. Taking the plane would once have been a nightmarish experience. Not due to a fear of flying, but because of the endless wait to go through security, the delayed flight, the lack of communication. This time, though, the cacophonous complaints, the looks of despair, the slow ticking of the clock, all somehow brought a strange kind of calm. I realized that it is up to me to choose whether to sigh or spit at the world, or whether to recognize that everyone I see has their own struggle at that moment. The woman guarding the gate may be coming to the end of a long shift, and the guy trying to push into the queue could be crippled with fear.

This ability to choose is at the heart of the commencement speech that Wallace gave to the graduating class at Kenyon College in 2005. Beyond the linguistic dexterity and experiments with form which have so divided readers, that 22-minute speech captured the essence of Wallace's greatest gift — his profound capacity for empathy.

"The traffic jams and crowded aisles and long checkout lines give me time to think," he said about the daily routines of adult life. "And if I don't make a conscious decision about how to think and what to pay attention to, I'm going to be pissed and miserable every time I have to shop, because my natural default setting is the certainty that situations like this are really all about me." 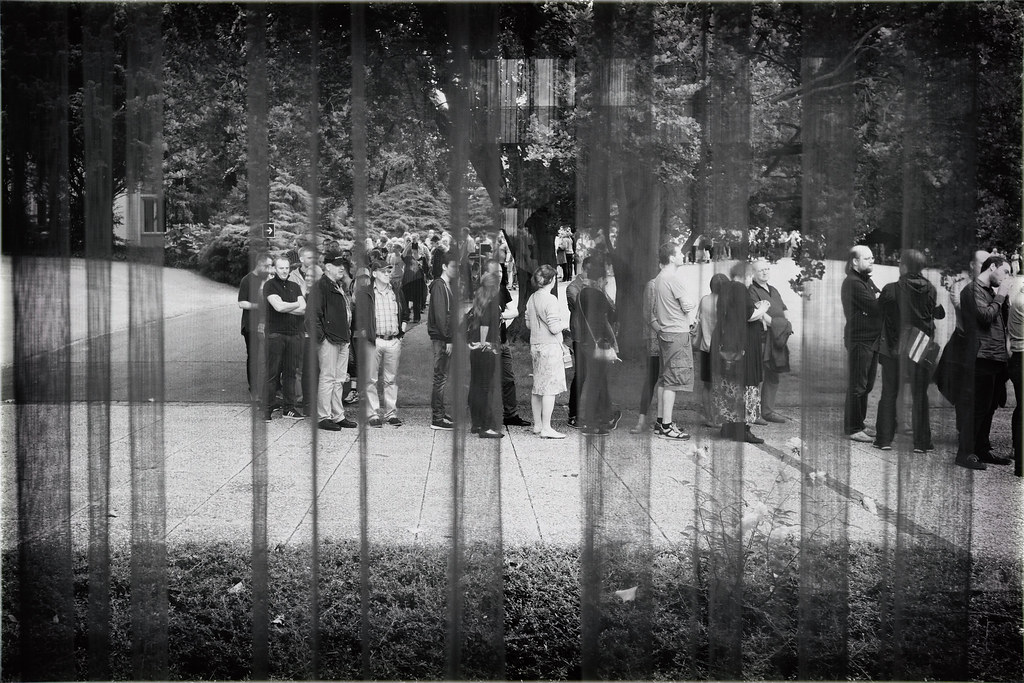 He urged the new graduates to consider the possibility that somebody else is in a greater rush than them or is having a worse day than theirs. It is a powerful thing when we become aware that we have a choice over how to respond to a bothersome situation. Or any situation.

September 2018. For millions of people, of course, bureaucracy is not heroic at all. It is something to fear. That is also how literature typically tells it, with Kafka's The Trial being the most-cited example. As for me, I am now back living in France, studying journalism, which we're told takes some navigating between personal empathy and the powers that be. High on the political agenda for President Emmanuel Macron is a reform of the state bureaucracy, which he sees as key to economic growth in the country. The parliament, for example, recently adopted a law which gives citizens the "right to make mistakes" in dealings with the government without being automatically punished.

No such luck for the victims of the so-called Windrush scandal. The children of the "Windrush generation" came to the UK from Commonwealth countries in the Caribbean with their parents between 1948 and 1971. They had been living legally in the UK for decades. But earlier this year, journalists revealed that thousands of them were being threatened with deportation, with many losing their jobs as a result, as The Guardian reports. As part of an immigration crackdown, they were being asked to prove their status, which they were often unable to do, partly because in 2010 the Home Office destroyed their landing cards. Kafkaesque, indeed.

How, then, are we to react when a state apparatus can literally ruin lives?

It is a reminder of the administrative risks we all face, whether you are one of the 3 million EU citizens living in Britain about to face their post-Brexit status or a passport-less refugee fleeing violence.

How, then, are we to react when a state apparatus can literally ruin lives? Maybe the answer lies in the powerful idea that humans have a choice about how to see any situation. We can look at how the refugee crisis affects us — takes up our tax money, crowds our towns — or we can try to understand the situation through another person's eyes. Wallace told the Kenyon grads that since our nature "is to be deeply and literally self-centered," the act of challenging that default setting is a way to truly discover our humanity. It can happen when the misery of the world flashes across your screen or while standing for three hours in the wrong queue.

Since the onset of the coronavirus pandemic, no sector in the economy has been hit harder than ...