Will Mexico's New President Be More Lula Or Chávez?

Andrés Manuel López Obrador promises to give Mexico an extreme socialist makeover. But he also wants to keep doing business with the U.S. and boost investor confidence.

It's no secret that Mexico has serious problems, starting with high poverty levels (44% of Mexicans are poor), crime (there were a record 32,000 homicides in 2017), and increasing corruption (its Transparency International ranking has fallen 30 positions to 135 on a worldwide scale). It also ranks as the 10th most unequal country in the world and is saddled with an enormous and cumbersome bureaucracy, including at the local level.

This state of affairs has provoked widespread dissatisfaction among Mexicans. And in Sunday's election, it resulted in a monumental power shift — from the ruling Institutional Revolutionary Party (PRI) to the very different National Regeneration Movement (MORENA), led by Andrés Manuel López Obrador (widely known as "AMLO") and in coalition with a conservative Christian and a far-left party.

Vowing to solve the aforementioned problems, AMLO — who came up short in the 2006 and 2012 presidential elections — finally won. And resoundingly! But the economic outlook is uncertain. This is new territory for Mexico. AMLO is the country's first leader from the radical left. Business leaders and investors are worried. And a good portion of the Mexican people is uncertain about what the future holds.

AMLO's ideas on how a modern economy functions are scarce and simple. In his campaign, he promised to halve the salaries of senior officials, including the president. He wants Mexico to be self-sufficient in food and gasoline production (which smacks of protectionism). He's likely to increase public spending through subsidies for the farming sector, and more aid to students from poorer families, the elderly and handicapped. He wants universal access to public universities, and investments to install running water and transport infrastructures in the southern half of the country where 70% of people are poor. And he's promised to cancel the construction of the new Mexico City airport.

This is new territory for Mexico.

Together, this program could turn his presidency into a risky experiment, not least for its similarities to the Bolivarian governments of Venezuela. And yet, as mayor of Mexico City from 2000 to 2005, AMLO was economically prudent. There may be certain similarities, in this sense, between López Obrador and Brazil's former social-democratic president, Lula da Silva, who also aroused market fears when he became president in 2003. Lula talked tough during his campaign, but once in office, adopted more orthodox economic policies.

We'll just have to wait until López Obrador's inaugural speech, on Dec. 1, to get a better idea of what he will do. Like Lula, he's a bag of surprises. Beside his populist gestures and declarations so far, he has shown he too is keen to renegotiate the NAFTA treaty — and avoid a trade war with the United States. López Obrador also believes the peso is undervalued. He wants it to appreciate but knows that investor confidence is key, as his economic adviser and future cabinet chief, Alfonso Romo, said in a recent interview.

Romo says AMLO will seek to fortify the rule of law, improve the business environment to boost investor confidence, allow the peso to float freely (without interventions) on foreign exchange markets, and respect the Bank of Mexico's autonomy. So while the new administration will implement profound social changes (redistributing wealth and curbing corruption, poverty, and crime), it will do this within the bounds of economic orthodoxy. The president will maintain fiscal and spending discipline and commitments made with national and foreign firms and banks will be honored. 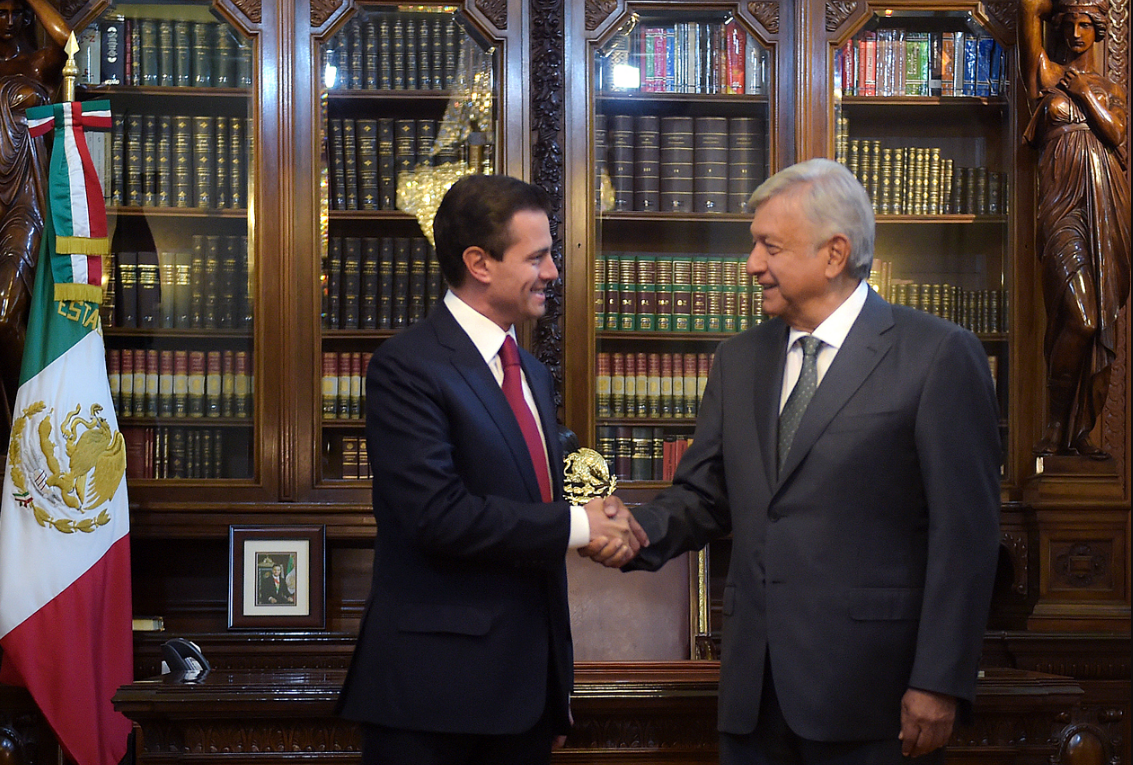 Mexico has another problem: President Donald Trump. There's the Trump wall, for one thing. The proposed barrier wouldn't just impact migration. It could also affect trade, production, and institutions. Then there's Trump's threat to abandon NAFTA. Scrapping the trade deal could leave Mexico's economy in a dramatic, if not disastrous, situation.

AMLO's job will be especially difficult if this happens, as 80% of Mexico's exports are to the United States and most of the direct foreign investment it receives also comes from its northern neighbor. If tariffs are raised, Mexico will be shut in, although there would, perhaps, be a silver lining: Mexico would have to diversify its export markets and trading pacts.

In fact, it has been exploring new markets for some time now, as reflected in its recent free-trade pact with the European Union. It has also begun raising tariffs on U.S. products like cheese to make the United States understand the consequences of its pact-breaking. Note that 80% of U.S. cheese exports go to Mexico.

AMLO's campaign emphasis was on wealth redistribution. But for that, he will need a bigger cake to share out. Mexican governments have striven in recent years to make the economy grow, lightening the burden of regulations to help national firms become more technically advanced and competitive. Yet the country has a way to go still before its exports are properly diversified. It remains a country with limited industrial development and production capabilities. The chief obstacles here are in innovation and human resources.

Low productivity is due to poor workforce training. An increase in human capital would boost business innovation and competitiveness. The Mexican education system must, in turn, value the importance of training qualified staff for businesses — specifically to work in digital innovation and in the transition to the AI economy.

He will need a bigger cake to share out.

So while Mexico has managed to improve its business and entrepreneurial structures, it still greatly depends on its U.S. ties. In fact, it remains very well placed to export goods and services to U.S. businesses — another reason it's so important to renegotiate NAFTA. Simply put, Mexico needs to retain good ties with the United States to keep growing.

The new administration must work to diversify the country's business fabric to increase productivity, and that includes a greater role for the digital economy. If it wishes to implement social reforms and boost public spending, it must first increase its revenues. That requires tax reforms and a bigger economic cake.

President López Obrador has failed spectacularly to manage the pandemic and its economic repercus...

Why The Mexican Economy Won't Make It On Its Own

Given its reliance on both oil and tourism, the Mexican economy is in major trouble. So far, thou...