The island nation hasn't had a free election for more than 70 years. And yet, as millions take to the streets across the region, the Cuban regime keeps getting a pass.

BUENOS AIRES — While people in some Latin American countries are taking to the streets right now and voicing discontent with their respective governments, in Cuba, a new constitution was adopted this year that, like its predecessor, enshrines political segregation and prevents people from speaking out against the the government's political cult.

In fact, this constitution is even more menacing in its suppression of dissent. Article 4 of the new charter states that "the defense of the socialist fatherland is the greatest honor for and supreme duty of every Cuban. Betrayal of the fatherland is the gravest of crimes, and anyone committing this is liable to the severest of sanctions."

Cuba's socialist system "is irrevocable," the constitution goes on to say. "Citizens have the right to fight by any means necessary, including armed struggle if no other means are possible, against anyone seeking to overthrow the political, social and economic order established by this Constitution." And with regards to political segregation, the document allows for the "separation and sidelining of a person or group of persons for social, political or cultural reasons." 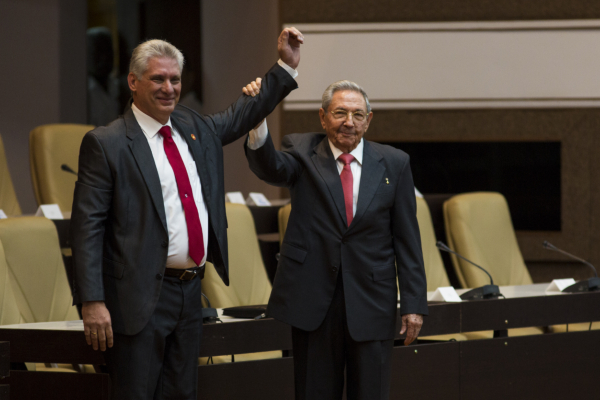 Bear in mind that in Cuba's constitutional referendum — which was held on Feb. 24 of this year and organized in such as way as to entirely favor the Yes vote sought by the regime — around 800,000 Cubans voted No to this constitution. They opposed, in other words, the express threat contained in Article 4.

All of this raises some confounding questions. Where else in Latin America would anyone accept a single ideology in their country, or the threat of "armed" confrontation should you not share those views? Where is the regional reaction to this juridical aberration and criminalization of human rights? And what does it take to prompt Latin America's indignation and to make it react to Cuba's political apartheid?

We have to fight for our freedom, but also the freedom of others.

People across Latin America are marching to boost democracy, and yet very few seem angered by the fact that the last, properly contested election in Cuba was in 1948 — 71 years ago!

Four years after that, in 1952, Fulgencio Batista imposed one-man rule on the island before the Castro brothers imposed their own dictatorship in 1959. Today, Fidel's brother Raúl, the last president, remains effectively in charge.

This is the real Cuba, with political prisoners like José Daniel Ferrer, head of the dissident UNPACU party; homosexuals like Oscar Casanellar repressed before the world's gaze for protesting peacefully; artists like Luis Manuel Otero Alcántara repeatedly detained; democracy activists like Boris González Arenas, Marthadela Tamayo and dozens more forbidden from leaving the country; and journalists like the 14Ymedio correspondent Luz Escobar, or Camila Acosta of Cubanet, who are practically confined to their homes.

And there are the now decimated Ladies in White, who once marched peacefully after attending mass at the Church of Santa Rita, with their leader Berta Soler, hounded and harassed by a dozen female agents every time she leaves her home on Sunday with a placard demanding freedom.

Without widespread indignation and rejection of the Cuban regime and its exclusive ideology or expressions of solidarity with dissidents there, we cannot really expect or ask for more, or better, democracy in other regional countries.

Frankly, Latin America's political indifference to the state of Cuba is unacceptable. People demand rights from their own governments but reject the same rights for Cubans who cannot even vote in free elections. As the Czech writer Václav Havel said, we have to fight for our freedom, but also the freedom of others.

*Gabriel Salvia is director-general of CADAL, the Buenos Aires-based Center for the Opening and Development of Latin America.

Cuba Up To Old Tricks, A New Crackdown On Dissenting Artists

As the world is distracted by COVID-19 and regional leftists turn a blind eye, the Cuban regime r...

On this day 90 years ago, one of the world's most famous revolution figures was born. OneShot ...