Wealth Inequality In China: Measured At Home And At School

After the topic of bulk sanitary napkins went viral online, the broader issue of the gap between rich and poor has come out of the shadows across the communist nation, including the availability of laptops for students.

BEIJING — In the past few days, the topic of sanitary napkins has somehow gone viral in China. It all started with a screenshot posted of an online shopping platform displaying cheap, bulk sanitary napkins for female hygiene. Before the discussion was unleashed, few in China had ever heard the concept: "period poverty." For many, it even seems incomprehensible – isn't a pack of basic sanitary products just the price of a cup of tea? How can anyone not be able to afford it?

Yet, the reality is that in China, a considerable number of girls and women can only afford such sanitary products when packed in bulk – 21.99 RMB ($3.25) for 100 pieces. They have neither a brand nor fancy packaging or even an official licensing code. But even worse off are the women who can't afford any sanitary products.

In China, 600 million people still live with an average monthly income of less than 1,000 RMB ($148). This startling fact from Chinse Premier Li Keqiang at the national Two Sessions conference early this year sparked a lot of heated discussion at that time. The topic of "bulk sanitary napkins" outlines the real picture of living conditions behind the statistics and allows people to see the silent, struggling side of poor people within a massive nation. China, in other words, must face the question of the wealth gap in society.

This is not the entire face of China.

Income disparity separates people from each other like a wall. Even though the internet has reached out in such a way to shrink the whole world into a kind of village, the hidden wall of wealth remains hard to break down. If one takes into account the lack of care for females in Chinese tradition, it's imaginable that the cruel existence of injustice is even more likely to be ignored.

Chinese people can easily feel encouraged by the fact that average per capita income exceeds $10,000, and that 400 million Chinese people have risen to the middle class, with forecasts for that number to rise beyond 500 million in the next few years. Thanks to China's booming economy in recent years, more people's lives have become more prosperous, in both urban and rural areas.

For people living in big cities, the abundance of products and their purchasing power cannot be compared with the poverty of the past. When they choose sanitary products, what matters to them most are brands and quality. The debate over "period poverty" reminds us, however, that this is not the entire face of China. Images of "bulk sanitary napkins" suddenly smashed through the hidden wall in an unexpected way and reminded people that another side of China exists. 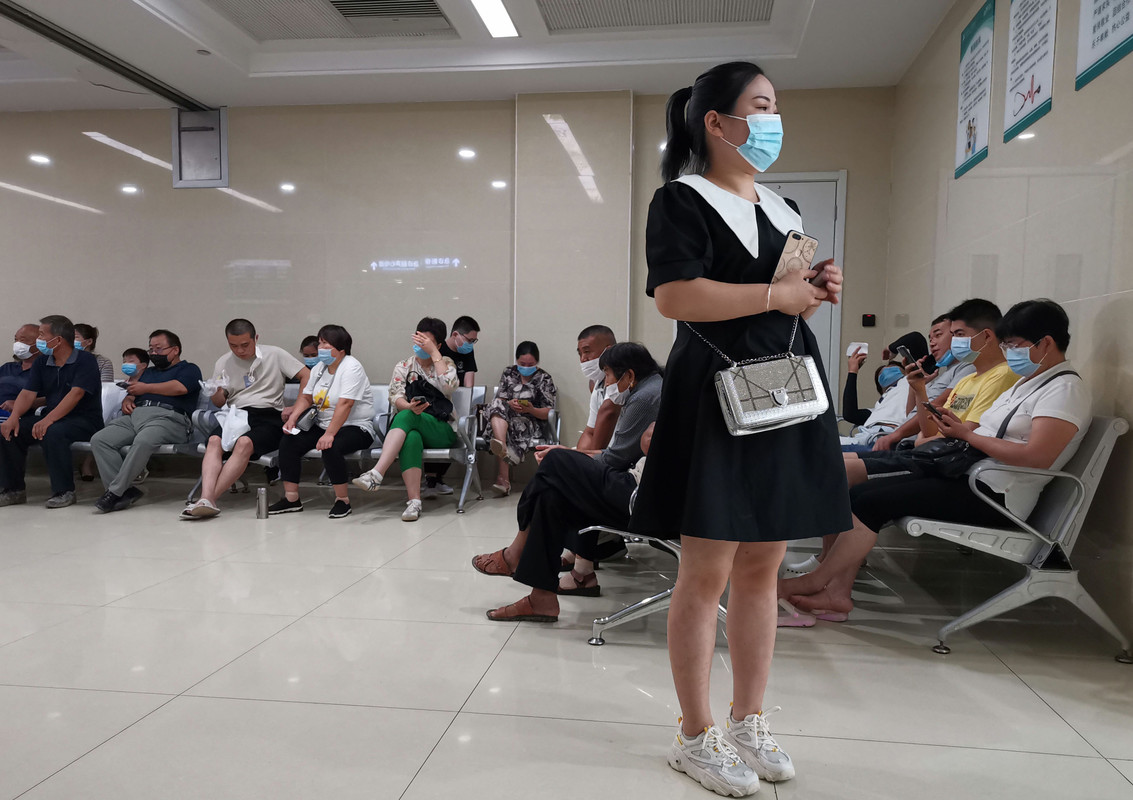 China must face the question of the wealth gap in society — Photo: Sheldon Cooper/SOPA Images/ZUMA

Another instance of that wall coming into view was when COVID-19 forced all schools to go online. Even while parents in urban areas were complaining that this was bad for their children's eyes and lead to tensions with everyone at home, in rural areas there was a very different worry: Less than 10% of their children have access to a computer, according to a survey conducted by the China Development Research Foundation.

If the support given by parents are also counted as educational resources, then the rural students are deprived even further, given the fact that there are more than 60 million so-called "left behind children" where one or both of their parents have gone to work in the cities leaving them in the care of their grandparents or extended families.

When we talk about our yearning for a better future for China, we can't stay indifferent to these silent groups of people. It should lead toward solutions, through tax cuts, government assistance or charity relief, even if a certain gap between the poor and the rich as well as class estrangement are inevitable even in a healthy society. Understanding, tolerance, assistance and protection for the bottom of society are sure ways to help minimize friction.

In October, the Central Committee of China's Communist Party will lay out the the country's 14th Five-Year Plan, a national economic blueprint launched for the first time in 1953. The world's second largest economy and its 1.4 billion citizens will embark on a new journey, now starting from a moderately prosperous point. The "bulk sanitary napkins" help us to see more clearly that there are differences, better perceive ourselves and look for rational ways to find solutions.