The Problem With The 'Cash Is Dead' Argument

Cash use is declining, but don't expect it to disappear. Still, there is another popular payment method that could in fact go the way of the dodo, a Deutsche Bank strategist argues.

PARIS — It's pretty common these days to hear about how cash has no future. But what happens to hard currency in the 2020s isn't really the issue. Cash will last. What's unclear, rather, is the future the bank card, and the effect that that could have on the payment industry, which has seen its earnings double over the past decade, representing approximately $2 billion dollars.

In order to understand why cash should persist more than cards, it's worth looking back at how payment systems dematerialized over time. Since the 17th century, money has been widely used in an increasingly urbanized environment, and characterized by increased trade. This transition took place during the "price revolution," a period of high inflation during which gold and silver from Latin America entered Europe via Spain in a considerable way.

Subsequently, the banks began to issue receipts, payable to the bearer of the document. Until the first half of the 19th century, many cities in the United Kingdom had their own banks, issuing their own banknotes. Then came the 1960s and the rise of international travel. Companies that were not originally in the financial sector began to issue travelers checks and credit cards. American Express was quickly followed by Diners Club. Demand for these credit cards increased even more when U.S. tax authorities (the IRS) began requesting details of taxpayer expenses.

In the United States, 16% of weekly store purchases are paid for without contact.

The discussion around the demise of cash is usually focused on the downward trend in usage. The momentum generated by dematerialized means of payment meant that cash lost its monopoly. Indeed, in developed countries, two-thirds of users now prefer paperless payment methods (no cash or checks).

In addition, in emerging countries, the decline in cash should be even faster because a large part of the population will go from using cash to making payments via smartphone. In India, cash transactions were almost halved, from 59% in 2000 to 30% in 2016. In China, cash was used for 63% of payments in 2000, but only 11% in 2016.

But in other countries, notably Japan, the United States, and the nations of Western Europe, the use of cash is still well-established. According to our study, covering a sample of more than 3,600 consumers, a third of the inhabitants of developed countries consider cash as their preferred means of payment and more than half think that it will always be present.

In Germany, almost 60% of spending in stores is made in cash and the Germans have, on average, approximately 52 euros in their pockets (the highest figure among developed economies). Overall, individuals pay in cash because they find their expenses easier to control, the transaction is quick and convenient, cash is accepted in all businesses (with no minimum purchase rules), and it's anonymous. 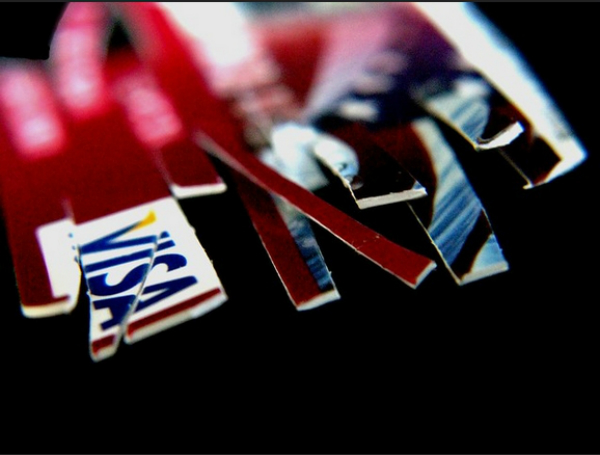 The future is not in the cards — Photo: frankieleon

In the United States, the world's largest economy, innovations concerning cards are finally taking off. Contactless payment technology, already widely available in many countries, is expanding. Two-fifths of Americans obtained their first contactless card in the past 12 months, and another fifth are about to receive them. Currently, 16% of weekly store purchases are paid for without contact, compared to 38% in the United Kingdom. Physical payments (cash and bank cards) are well established in American culture.

The main threat to the bank card comes from mobile payments. In 2004, smartphone payments emerged in China with Alipay. They are now the main means of payment. Their popularity is explained for several reasons.

First, the Chinese government has played a decisive role in building world-class infrastructure to support digitalization. As of 2013, China was the largest market for smartphones, e-commerce and online games, with more than 600 million users.

In addition, Chinese consumers quickly abandoned cash to convert to mobile payments, which they consider to be secure, convenient and reliable. Logically, merchants have thus turned to mobile payments as well. In fact, some stores only accept mobile payments, refusing cash. This abuse led the Central Bank of China to formally proclaim in 2018 that the Renminbi is the official currency and should not be refused.

The main threat to the bank card comes from mobile payments.

This trend is mainly found in Asia, where many consumers have gone directly from cash to mobile payment, without going through a bank card.

In Europe, mobile payment technology is more recent. Apple Pay launched it in 2014, while Google Pay and Samsung Pay entered the race in 2015. Currently, only 8% of consumers pay by mobile, but this figure is set to increase rapidly, for two main reasons.

First, consumers appreciate the convenience of mobile payment, its speed and the absence of fees. In fact, a third of users plan to use mobile payment in the next six months. Second, consumer preferences impact merchants. Their key argument for installing a mobile payment terminal is "to be in line with the customer's wishes." In addition, there's the convenience of not having to type a PIN code or give change, which can be significant psychological brakes.

In sum, the obsolescence of the bank card due to expanding smartphone payment is simply a matter of time. In developed economies, progress is made step by step depending on the infrastructure already in place. Meanwhile, fintech and smartphone manufacturers are rethinking the banking system and a real ecosystem is emerging.

Whether it is through the enthusiastic adoption of new technologies by millennials or the digitization of infrastructure, the plastic bank card as we know it today will disappear. And the people who pay in humble coins and banknotes? All the cashless society talk notwithstanding, expect a portion of them to stick to their ways. Old habits, as they say, die hard.

*The author is a strategist at Deutsche Bank.

Welcome to Thursday, where Biden-Putin talks reinstate ambassadors but achieve little else, ...