Why The Euro Is Starting To Resemble The Yen

The European single currency is emerging as the new global provider of liquidity to the international financial system.

PARIS — The "Japanification" of the euro is happening. The European single currency is on its way to becoming the world's currency of global borrowing, changing its role and bringing it closer to that of the yen, according to George Saravelos, a top Deutsche Bank strategist. Foreign investors like sovereign wealth funds and central banks are not otherwise disposed to invest in Europe, given the poor attractivity of the bond market and dim perspectives of economic growth.

"The eurozone is emerging as the new global provider of liquidity to the international financial system, slowly replacing the dollar," says Saravelos. The internationalization of the European currency — its use on global markets — is the result of the low-interest rate policy that the European Central Bank (ECB) has been pursuing. For the first time, bond issues in euros by non-domestic companies have exceeded their issues in dollars. Companies are borrowing at lower interests in Europe than in the United States. This gap is even wider than during the 1999 dotcom bubble.

Europeans banks are supplying the rest of the world with cash.

Global hedge funds are borrowing euros at low cost, and sell afterwards to invest elsewhere (emerging markets, Asia, U.S.), and especially bond markets, which give higher yields in carry-trade operations. The European currency is financing a boost in worldwide risk-taking and is going to evolve in opposition to good healthy markets, becoming then a safe-haven currency.

In 2019, the euro ceded 2.1% to the dollar and 1.7% to the rest of the world. Since the beginning of the year, it's dropped 1.2% while stock markets have registered gains of 1% to 3%. If any concerns were to show up, the investors will sell risky assets and the European currency will go up.

According to the Deutsche Bank strategist, the European currency will grower even closer in behavior to the yen over time. That is to say gradual reductions and a low volatility when world markets are well-oriented, followed by sudden upturns when the investment situation turns negative. The volatility of the euro-dollar over a one-year span just hit an all-time low, showing that markets continue to have jitters about broader geopolitical tensions. 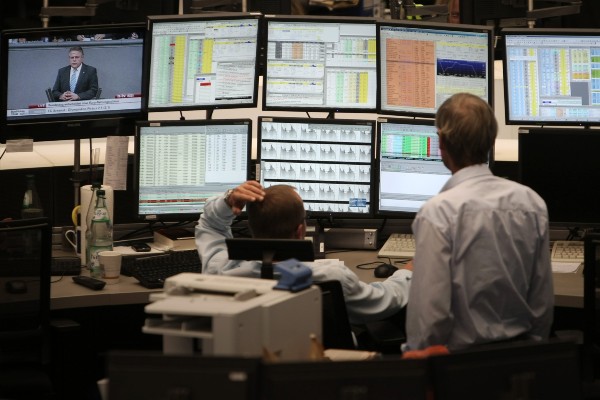 Europeans banks are supplying the rest of the world with cash. They lend euros to those outside of the eurozone (banks, companies, institutions, etc.) at an unprecedented rhythm since 2007. The recent trimestral report of the Bank for International Settlements notes that European lenders appear to be encouraged to exchange this surplus of cash in euros to convert it in dollars through currency swaps contracts, whose activity has recently risen. This cash will then be invested in dollar-denominated assets like T-bonds.

European exporters getting their dollars back from their US sales prefer to leave their dollars in American bank safes, which leaves them far more valuable than taking it back right to Europe. And, it is clear, they will be even less apt to sell their dollars for euros if the ECB carries on with its low-rate policy.