The New Forms Of Protectionism Go Well Beyond Trump's Mouth

At first glance, it looks as though leaders of the world's most powerful countries learned the lesson from the 1930s: Closing the borders is harmful. But in reality, protectionism has taken on new forms.

PARIS — Global trade seems to have been saved from the brink. According to researchers at the International Monetary Fund, commercial exchanges are growing by 4% annually, and their weight in production is on the rise again after years of stagnation. Though he delivers protectionist soliloquies, U.S. President Donald Trump, for now, looks more of a Don Quixote than a Herbert Hoover, his early 1930s predecessor who slammed the door in the rest of the world's face. The current world, meanwhile, is dropping its guard. Statisticians from the World Trade Organization (WTO) have counted just over 100 restrictive measures taken over the past year, about half the number for the previous year.

Apparently, leaders of the world's most powerful countries aren't repeating the mistakes of the Great Depression. Less than six months after the stock market crash of October 1929, the U.S. Congress passed the infamous Smoot–Hawley Tariff Act, which raised tariffs to 59% on more than 20,000 products. Europe answered with the same weapon, igniting a trade war that would bring down production levels in all industrialized countries.

Haunted by this memory, post-War governments created mechanisms to open their markets, which later morphed into the WTO. For the same reason, G20 leaders of the top industrialized country proclaimed in November 2008, in the middle of the financial storm triggered by Lehman Brothers' bankruptcy, their commitment not to do the same again.

New barriers depend on money, or its scarcity.

But are low tariffs evidence of an open door? In the latest report of Global Trade Alert, an observatory for international trade, Simon Evenett and Johannes Fritz express their doubts. According to these two researchers from Switzerland's University of St. Gallen: "For far too long the G20 has maintained a diplomatic fiction that crisis-era protectionism has been tamed. It wasn't — governments just titled the commercial playing field in ways that differed from the 1930s. Those fixated with avoiding another Smoot-Hawley failed to see, or take action against, the widespread resort to other trade distortions."

The new barriers often depend on money, or rather its scarcity. "Financial protectionism is the greatest danger to global trade," says Ludovic Subran, chief economist of credit insurance company Euler Hermes. On a global scale, cross-border bank credit is barely growing, whereas it had increased by 15% a year before the 2008 crisis. However, loans are a powerful lever for growth in trade. When they dry up, the impact on exports is brutal, as we witnessed in the fall of 2008 — and during the Great Depression.

In Evenett and Fritz's detailed study, three-quarters of G20 exports are affected, in one way or another, by restrictions, which is 10 times more than in the WTO assessments. Tariffs rank only fifth, behind the export tax incentives and the preferential financing granted to companies selling abroad. 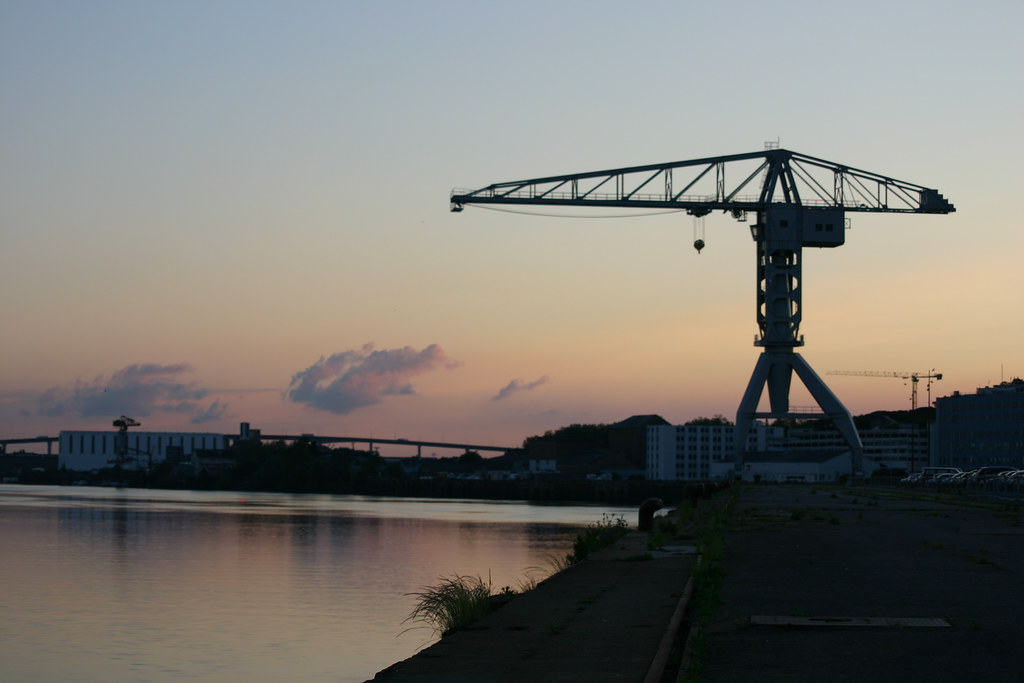 Sunset over the port of Nantes, France — Photo: Olivier Letourneux

Three barriers seem destined to rise, and thus damper the enthusiasm of importers. The first is local content requirement: I will sign a big contract with you if you build a factory in my country to honor it. That's how Airbus opened its first plant in China a decade ago, and why Boeing eventually resigned itself to doing the same. Local content requirements are common for the purchase of trains. Donald Trump's rants pushed European and Chinese firms to multiply projects for new industrial sites across the heartland of America. The U.S. president's new tax reform includes provisions that could have the same effect. Hoover's 1933 Buy American Act has attracted renewed interest. It has just been extended to school cafeterias. And a Buy European Act featured in Emmanuel Macron's campaign program on the way to winning the French presidency.

The second barrier is the protection of the capital of national companies. China is a leader in this regard. Successful buyouts of Chinese firms by foreign companies, such as SEB's operation on the Supor rice cooker manufacturer, are very rare. Forty years ago, the U.S. created a defensive organization, the CFIUS (Committee on Foreign Investment in the United States), which investigates such cases. Trump has blocked the purchase of a chip manufacturer, Lattice Semiconductor, by a Chinese group. In Europe, the idea of protection was compromised in 2005 by the French will to counter the acquisition of Danone by Pepsi-Cola, in the name of national security. Germans protested when one of their robotics giants, Kuka, was bought by the Chinese company Midea in 2016. The European Commission is working on the case.

The third barrier, meanwhile, is an American specialty: It is court sanctions of foreign companies for not having respected national rules, even if it happened on the other side of the world. This "extraterritoriality" is both a ransom levied on companies competing with firms in the country and a form of intimidation. French companies are thus moving very cautiously in Iran, as their bankers are reluctant to follow them after the heavy fine paid by BNP Paribas for working with the country while it was under U.S. embargo.

Yes, protectionism is alive, but with a new face. It's a masked face, and it will no doubt be harder to erase than mere customs tariffs.

A mix of love and hate mirrors their own feelings about Beijing.

Every fictional plague has an origin story, and an ending — happy or otherwise. We hereby iss...