Soccer Gods Messi And Maradona Are Not Above The Law

Statues of Maradona and Messi in Buenos Aires - Xinhua/ZUMA

Soccer stars and public figures show their dismal side when they play the victims on being caught in contempt of the law.

BUENOS AIRES — "I was the first one, which is why they were so hard on me. They were ruthless, to show that they were going to go after everyone. It was a hard time with everything that happened ..." This was Lionel Messi speaking a few days ago to the Catalan radio station RAC1. He continued: "Honestly at the time I thought of getting out. I don't mean from Barça. I mean wanting to leave Spain altogether. I felt I was really badly treated and didn't want to stay there."

What injustice had been perpetrated against the man who is indisputably one of the best soccer players of all time? None, actually. He was referring, quite simply, to being asked to pay taxes owed to the Spanish state.

One who has no interest in knowing cannot err.

Specifically, the legendary Number 10 and his father, Jorge, were accused of defrauding the state of 4.1 million euros. This, according to the Spanish paper El País, was for taxes owed for the 10.1 million euros earned in image rights in the tax years 2007, 2008 and 2009. Messi faced a Barcelona Provincial Court in June 2016, and was given a 21-month jail term for tax evasion. The court found the case to constituted evasion of "extreme gravity," dismissing Messi' defense arguments which included claims that he left these matters to his father. Or his father claiming in turn that he left the matter to advisers. As his son was busy "playing soccer," he had told the court, "I assisted him with all his needs. I needed someone to counsel us on all legal affairs, since I don't understand any of it."

But the court concluded Messi's ignorance had been "deliberate," and ruled that "avoidable ignorance ... cannot absolve one of responsibility. One who has no interest in knowing cannot err." Messi had paid five million euros in overdue taxes in 2013 for the three years cited, and finally made a deal to be fined 252,000 euros to avoid 21 months in jail. The same mechanism spared his father more than a year in jail, to which he had been sentenced. 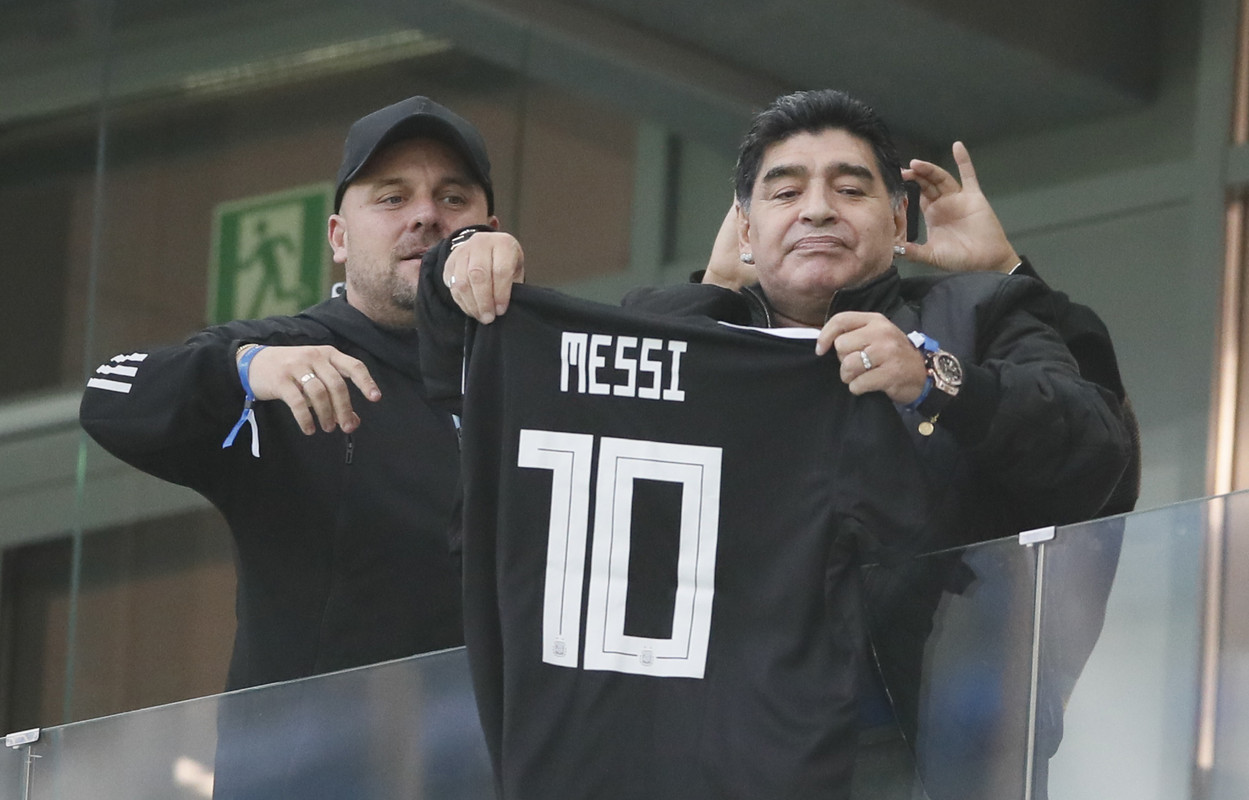 Back in 1994, another Argentine soccer legend, Diego Maradona lamented "they've cut my legs," when positive drug testing results left him out of that year's World Cup. "It was totally a minor incident, and it's being made so important today." Of another incident, where he was made to apologize for insulting a policemen conducting a breathalyzer test in Casilda, Santa Fe, Maradona said: "You're making me walk two blocks, idiot. You earn 100 pesos a month, a**hole."

Let us not be confused: Being likeable or talented or famous does not absolve one of the legal duties that put us all on an equal footing. As the novelist Milan Kundera said, it's no use thinking it is someone else's fault. Can you blame life? The universe? Or that favorite target: the media? Perhaps certain living legends will one day pick up the mantle of decency.

The bombastic president seems to have little regard for precedence or decorum. But is he just an ...

Argentines were hoping Alberto Fernández would be autonomous from his VP and former president Cri...