Religion And Nationalism: Is Southeast Asia Turning Into The Next Middle East?

The tragedy of the Rohingya in Myanmar should be viewed within the region-wide context of the resurgence of religious nationalism across Southeast Asia.

Does Southeast Asia risk turning into the new Middle East? Will it be the next region to be dominated by the encounter of a culture of humiliation and a culture of violent rivalry between and within nations? Luckily we aren't there yet, nor is it inevitable. But the question itself underscores the significance of the new situation created by the rise of religious nationalism throughout Southeast Asia.

The eruption of Islamic fundamentalism appears to have contributed to the awakening of Buddhist nationalism, like in Myanmar, or to Hindu nationalism as has happened in Narendra Modi's India.

The tragedy of the Rohingya in Myanmar must be considered within the context of the resurgence of religious nationalism. A minority that has always been humiliated, the Rohingya do not even have the right to citizenship. As French President Emmanuel Macron said in his speech at the United Nations, it is not a matter of restoring, but of establishing their rights in a country where being Burmese means being Buddhist.

Now Myanmar, with the Rohingya, has its 'unnamables.'

Of course they are a tiny minority: 88% of the Myanmar population is Buddhist, with 6% Christian and only 4% Muslim. In an address ahead of the UN General Assembly, Aung San Suu Kyi, the icon of Burmese democracy, did not even mention the Rohingya by name.

India has its "untouchables" and now Myanmar, with the Rohingya, has its "unnamables." Suu Kyi's silence is probably as much the product of her personal disregard for the fate of a minority that does not exist in her eyes as it is the result of a political calculation in relation to the armed forces with which she currently shares power.

"Local" at first, the Rohingya tragedy became over time a regional, if not international crisis in a part of the world where national and religious identity increasingly tend to overlap. Was Pakistan not created in order to absorb the Muslim minority of the Indian former empire? How can the Association of Southeast Asian Nations (ASEAN), which has accompanied the progressive establishment of peace and prosperity in the region, survive the emergence of divisions based strictly on religion: Buddhists on one side, Muslims on the other?

In Myanmar and Thailand, the population's majority is Buddhist; in Malaysia and Indonesia, the majority is Muslim. The legacy of the empires, British and Dutch, has left scars in this region that could reopen at any time. During the Raj, the British, like all the empires before them, tended to use the minorities to establish their authority. "You are mistreated. Let us protect you against the discrimination of which you are victims," they used to say. Once the colonization ended, these minorities were not only still considered inferior; they were now also traitors. 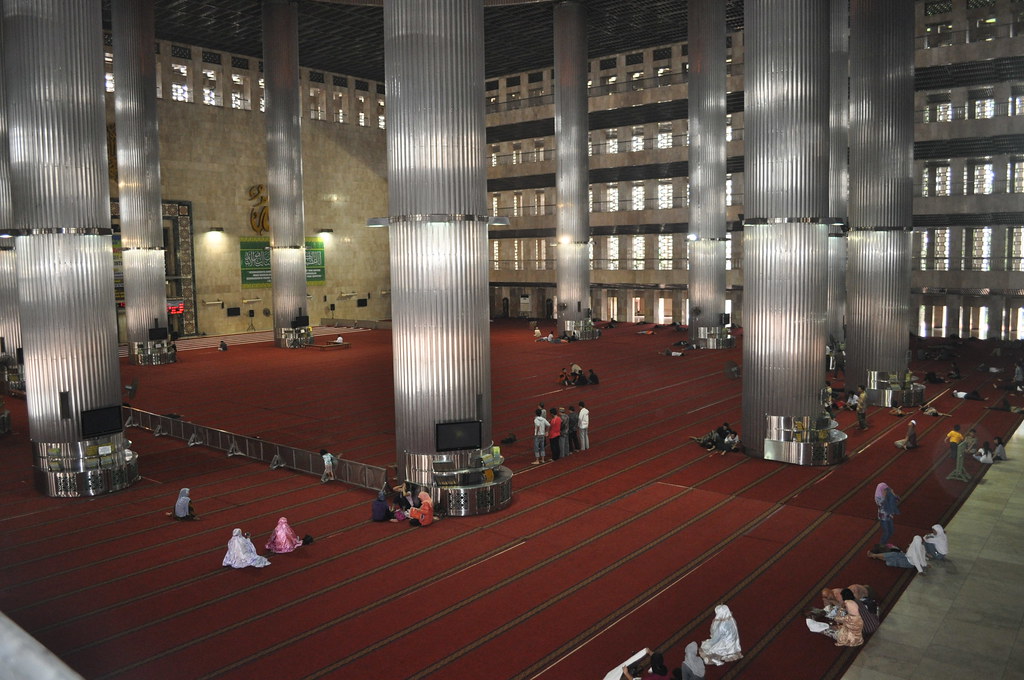 It was this discrimination that drove a minority of Rohingya youth to choose the path of violence, encouraged, perhaps, by the fiery speeches of Muslim fundamentalists in the Middle East or even in Asia. The tragedy is that this radicalization of a minority of Muslims emerged precisely as we were witnessing a similar fundamentalist and ultra-nationalist strain rising within the Buddhist community.

Buddha might well have preached peace and tolerance, but the fervent monks started to behave like modern-day Savonarolas, inciting hatred against the Muslims. This led to a succession of religiously motivated massacres, at first entirely ignored by the international community. "What do you want..." the thinking seemed to be. "This is happening very far away, and aren't the victims Muslims, potential terrorists?"

And there, precisely, lies the problem in this era of globalization and the communications revolution. Defeated on the ground in Syria and Iraq, can terrorist organizations like the Islamic State (ISIS), dream of using the fate of the Rohingya to mobilize the emotions of Asia's Muslims? Demographically, the world's largest Muslim country, Indonesia, is in the region. After the fate of the Bosnian Muslims during the Balkan war in the 1990s, the tragedy of the Rohingya now provides a new opportunity to denounce the selective sympathies of the Western world.

It is essential to put an end to this cultural, more than religious, trend, if we want to avoid a domino effect that will have catastrophic consequences for the equilibrium of the entire region. Maybe the UN can add action to its words and find in the Rohingya crisis an opportunity to save its reputation by stopping Southeast Asia from becoming a new Middle East? Now that's a lot to hope for.

How can you hold on to wealth if you are no longer in power?

Photo of the Week: This Happened In Myanmar

On February 1, Myanmar's military seized power and declared a year-long state of emergency, ...