Maduro, The Sequel: Can Venezuelan Democracy Be Saved?

BOGOTÁ — The Lima Group, a multilateral body of 14 American countries focused on resolving the institutional and democratic standoff in Venezuela, has declared Venezuelan President Nicolás Maduro's new term in office illegitimate, taking the firmest position so far on his conduct as ruler of Venezuela. But the group needs the support of more regional actors.

Venezuela's democratic, humanitarian, social and economic crisis is begging for urgent attention, but its complexity has also produced a dead-end for now.

The recent refusal of Lima Group members (except for Mexico under the socialist President Andrés Manuel López Obrador) to recognize Maduro's reelection, and their threat to review diplomatic ties with his government among other measures, represent an unprecedentedly tough regional posture vis-a-vis Venezuela. The Chavista or Bolivarian regime has in turn been preparing for international isolation since the fraudulent elections of May 20, 2018. So far 47 governments have refused to recognize the election results and withdrawn their ambassadors and diplomats from Caracas.

Maduro enjoys the surprising support of 20% of Venezuelans.

Cuban advisors have been key in managing the regime's image abroad, depicting it as a victim under siege from "Yankee imperialism", and in keeping control of growing domestic chaos. At the same time, support from Russia and China have given Maduro some financial leverage despite a dramatic fall in oil production and selective sanctions imposed by the U.S., Canada, the European Union, Switzerland and Panama. Maduro also enjoys the backing of the armed forces and security services, and the surprising support of 20% of Venezuelans. This context and the opposition's inability to unite under the same banner have led some to consider foreign intervention or a coup as the only ways out of the impasse, though both options would be not only politically deplorable but they could also make the situation much worse.

It seems there is only one possible path, namely to seek suitable conditions for talks and use intelligent diplomacy to restore democracy and the rule of law. The idea of "smart power," which U.S. academic Joseph Nye described as a mix of hard (coercive), and soft (persuasive) power, has been in use for some years now in international relations. Venezuela precisely needs a mix of hard and soft policies for regional and international measures to be constructive. 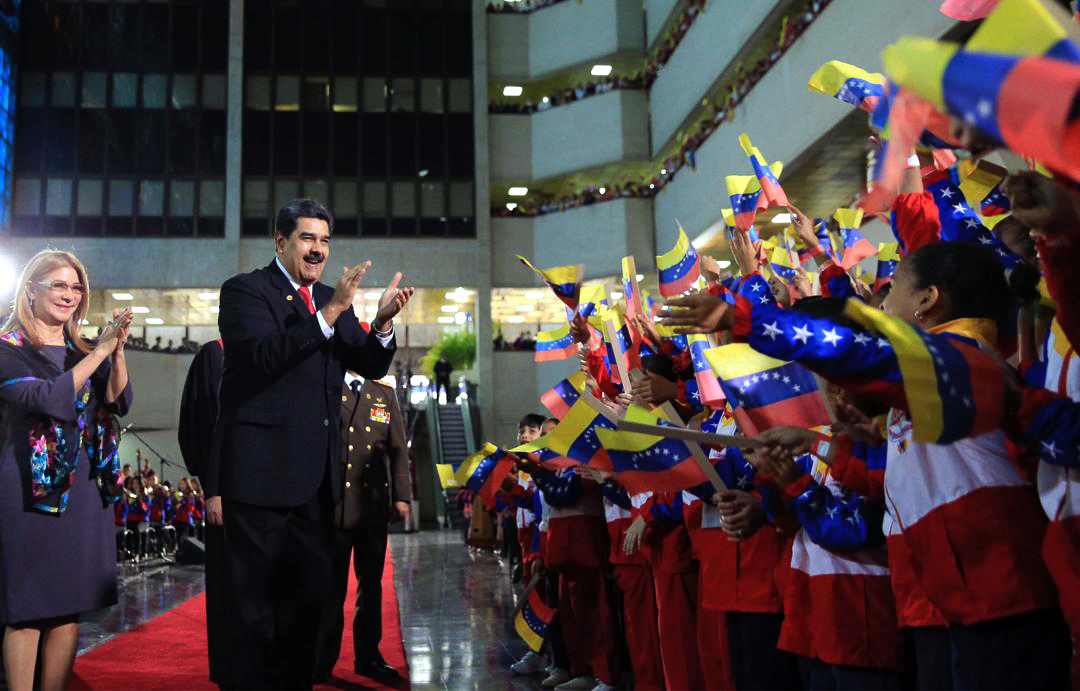 A recent report by the Washington Office on Latin America, a U.S. rights think-tank, offers some clues as it advocates proportional doses of pressure and dialogue. While it is crucial not to recognize the regime as legitimate, cutting diplomatic ties would impede communication. And while economic sanctions must remain in place, they cannot worsen the conditions of ordinary Venezuelans and there should be a willingness to lift them in certain conditions. The more the debate on Venezuela becomes international the better it will be. But for obvious reasons, the U.S. must remain on the margins while Russia and China require assurances their debts will be repaid in any transition scenario.

In addition to taking the debate to the United Nations (and not just the Organization of American States), there must be support for the efforts of credible intermediaries like Mexico, Uruguay, the Dominican Republic and the European Union. From the "smart diplomacy" perspective, and beyond the specific strategies required by the delicate relations between Colombia and Venezuela, the Colombian President's two cardinal errors so far have been to try (in vain) to bring about a collective severing of diplomatic ties, and to harmonize positions on Venezuela with those of Washington.