Love It Or Hate It, Amazon May Be Impossible To Live Without

Amazon is upending the commercial status quo. And yet, as much as people like to complain about it, the temptation to use it can be irresistible.

MUNICH — The stock market isn't just an indicator of economic success and power relations. It also tells us much about the current state of society, and about the unprecedented impact of the internet in particular.

The five biggest companies in the world are Apple, Amazon, Alphabet (Google's parent company), Microsoft and Facebook. All of them — except for Facebook — have either passed or are nearing the $1 trillion threshold. Those Big Five could not exist without the internet, and without them, the internet would be very different from what it is today.

Indeed, there is no event, evolution or process in the history of humanity that has changed and influenced the entire world and the individual lives of billions of people the way the internet has in just two decades. Even the scientific and technological revolution in the 18th century — which brought mechanics, electricity, mass production, new means of transport — took much longer than this new, modern revolution.

With the internet, the world has gone through a complete transformation. More and more people live, love, hate and work with and through the web. Politics, working life, travel and communication have all been transformed, to the point that they're nothing like they were in 1998. If a person of the 11th century ended up in the 15th, they could adapt, given a bit of time. But if someone fell through a time-fold from 1850 to 2018, they would end up in an incomprehensible world.

Amazon is one of those phenomena that define the beginning of the digital age. We no longer buy from local stores. Instead we purchase what we need from our smartphones and computers. For online purchases that aren't data streams (films, series, music, electronic books), delivery still consists of a mix of modern methods and older technology — poorly paid messengers bring the assembled product from poorly paid packaging workers. But this too will likely change in the near future through automated logistics and delivery systems controlled, in large part, by what we call artificial intelligence.

Either way, about one-third of online commerce in Germany is already dominated by Amazon. It is possible that physical stores and online shopping will exist side by side for quite some time. From a practical standpoint, however, we will need fewer and fewer stores in certain locations. Shops will survive where they can convey an experience — speaking to a person instead of a robot, strolling through actual aisles instead of scrolling.

Visiting a shopping street is a social experience. This is similar to the gradual switch to music streaming, as opposed to listening to music on old-fashioned stereos. Amazon does both: It sells vinyl records and CDs, but also offers streamed music at a fraction of the cost. Little wonder that Amazon has also opened bookstores here and there. Proper bookstores, with shelves! 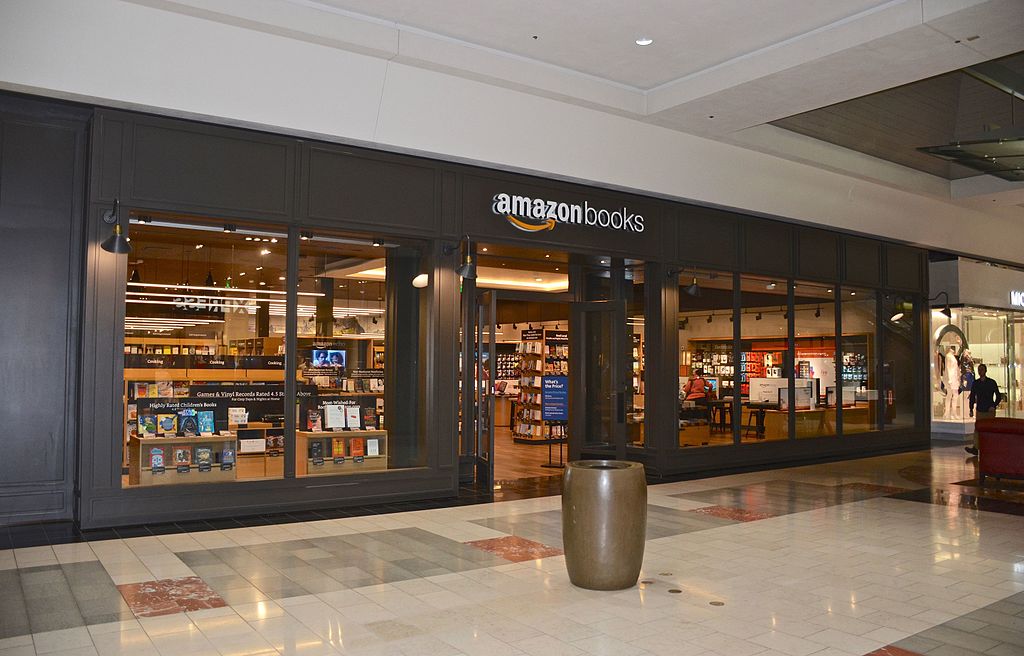 Putting the cart before the horse

Amazon exemplifies another inverse evolution, one in which trade precedes manufacturing. For centuries it was the other way around: People made things, and later, if they had a surplus and wanted other things, they would sell their goods or barter. Amazon is different: It put trade first. But then, after being wildly successful on that front, the company realized it could further promote trade through its own production. As a result, there are now plenty of things — ranging from films to food to textiles — that Amazon now produces in-house.

Who has never bought from Amazon?

Incidentally, the same principle prevails in another area that Amazon is cultivating: publishing. Almost anyone can publish a book on Amazon. You don't need to work with agents anymore, or arrogant editors, or publishers and bookstores — because Amazon is all that. If the writing sells, it is fine. If not, well at least the self-publishing author can take comfort in the fact that Franz Kafka didn't sell many books either.

Yes, for people who grew up in the 20th century, the dominance of these digital companies is unsettling. And yet, who except avid watchers of Bibel TV (Bible Television) doesn't have a cell phone and use the internet? Who still uses a film camera? Who has never bought from Amazon?

Amazon destroys bookstores. And because I think bookstores are more important than grocery stores, I try not to buy things through Amazon. But then I wanted the fourth season of a particular series. I also wanted the collected works of the explorer and adventurer Sir Richard F. Burton, something I'd have to pay a fortune for in an actual bookstore, provided I could even find it. On Amazon, the 18,350 pages of all of Burton's works cost 99 cents. You load them on the Kindle electronic reading device designed by Amazon and then you can always have them with you.

Thus, bookstores are disappearing. Amazon is worth a trillion dollars. And I'm stuck with a guilty conscience, though I do, at least, have Personal Narrative of a Pilgrimage to Al-Madinah & Meccah on my e-reader.

The Nazi Font: When Hitler Erased The Gothic Typeface

The edict was both covert and surprising: On Jan. 3 1941, Nazi official Martin Bormann announced ...