Democracy At Risk, A Loud And Clear Warning For 2017

Trump and Putin puppets at a protest in Harrisburg, Pennysylvania - Bastiaan Slabbers via ZUMA

The rise of Donald Trump, as well as the growing power of populist leaders in Europe, will require a vigilant eye when the signs start appearing that puts basic democratic values in harm's way. It is just beginning.

WASHINGTON — The most important political task of 2017 transcends the normal run of issues and controversies. Our greatest obligation will be to defend democracy itself, along with republican norms for governing and the openness that free societies require.

To say this is not alarmist. Nor is it to deny the importance of other issues. Preserving the gains in health insurance coverage achieved by the Affordable Care Act should be a high priority. So should preventing a shredding of the social safety net and stopping budget-busting tax cuts for the best-off Americans.

But even these vital matters are secondary to preventing a rollback of democratic values and a weakening of the institutions of self-rule, at home and around the world.

There should be no mistaking the dangers democracy confronts. The rise of far-right parties in Europe, the authoritarian behavior of governments in Turkey, Hungary and Poland, and the ebbing of center-left and center-right parties that were part of the postwar democratic consensus would be troubling even without the rise of Donald Trump. His emergence should sharpen our concern. "A right-wing demagogue in charge of the world's most influential repository of democratic values," wrote Financial Times columnist Martin Wolf, "is a devastating fact."

Trump's disrespect for the conventions of democracy, his willingness to flout rules long accepted by presidents of both parties and his praise for assorted strongmen, particularly Russia's Vladimir Putin, all point to instincts and attitudes very different from those of his predecessors, Republican and Democratic.

His style of politics, from his mass rallies of the faithful after the election to his statements about himself, carries authoritarian overtones. As Jeff Shesol noted in the New Yorker, Trump's 2016 Republican National Convention declaration that "I alone can fix it" might serve as the title of a management book for autocrats. During the campaign, Trump spoke of using government instruments (including antitrust laws) to punish media companies he regards as hostile. Even if he never follows through, the threats speak to his cast of mind.

Also alarming is the closeness of many of Trump's top aides, including national security adviser Michael T. Flynn and chief White House strategist Stephen K. Bannon, to extreme movements in Europe that have brought back themes buried since the 1930s and early 1940s. 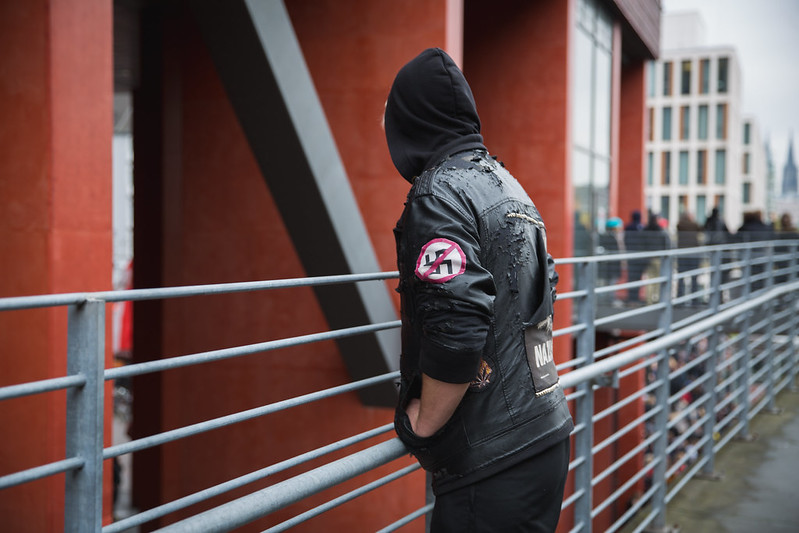 Trump's aides emphatically denied that Flynn had met with Heinz-Christian Strache, the leader of the far-right Austrian Freedom Party, as Strache had claimed. But there is no denying that many on Europe's far right, including the Austrian party founded by ex-Nazis in the 1950s, are open in declaring their sense of empowerment from Trump's victory. Bannon, for his part, has spoken favorably of the "women of the family Le Pen," meaning Marine Le Pen, the presidential candidate of the nationalist and anti-immigrant National Front in France, and her niece, Marion Maréchal-Le Pen.

Trump is not the only leader with appeal to these movements. Putin, about whom Trump has made unrelentingly favorable comments, has given important support to extreme-right parties in Western Europe. Our president-elect aggravates concerns about his Putin bromance by dismissing the findings of intelligence agencies that Russia intervened in the 2016 election on Trump's behalf.

And it was both shocking and appalling that Trump quoted an anti-democratic foreign leader criticizing fellow Americans. In a pre-Christmas tweet, he praised Putin's upbraiding of Hillary Clinton and the Democrats' response to the election.

At a moment when supporters of the postwar democratic consensus — notably German Chancellor Angela Merkel — face tough electoral challenges from the ultra-right, will the new leadership of the United States join Putin in tilting against them?

It's true that supporters of democracy have their own challenges to confront. As John Judis wrote in his insightful book, "The Populist Explosion," the rise of populist parties, including authoritarian ones, signals that "the prevailing political ideology isn't working and needs repair, and the standard worldview is breaking down."

The liberal democracies have, indeed, been guilty of a certain complacency in confronting the economic challenges of globalization. Mass immigration — some of it bred by the Middle East's brutal wars — has created discontents in nearly all the leading democracies. And small-d democrats have gotten out of the habit of offering robust philosophical defenses of a form of government they took for granted.

In 2017, supporters of democracy need to stand up resolutely in its defense. They must also be vigilant against violations of the democratic rules of the game, especially here in the United States. Keeping America great means protecting the institutions that have made our greatness possible.