Deep Fears For What Kind Of Poland Is Coming

The expected reelection of the conservative "Law and Justice" (PiS) party could usher in new restrictions against the rights of people to live as they choose.

WARSAW — By all indications, Sunday's national elections in Poland will bring another victory for Jaroslaw Kaczynski's "Law and Justice" (PiS) party, the national-conservative, Christian formation that has ruled the country for the past four years, and been in and out of power for nearly two decades. So, what will they do next?

Let's first remember what they've brought us so far. First, they peddled the myth about the Smolensk catastrophe, the 2010 plane crash that killed Kaczynski's twin brother and then President of Poland Lech Kaczyński.

And now is the time for whole new emotions.

For years, PiS told us that the crash wasn't an accident, and that the Russians, perhaps with the help of former Polish Prime Minister and current President of the European Council Donald Tusk, had carried out the assassination. In four years of PiS rule, a costly investigation brought no result.

Secondly, Poles were told the country would be flooded with refugees, like a plague.

And now is the time for whole new emotions, in the face of a veritable revolution of our world view.

Kaczynski has recently repeated that he is the safeguard against a revolution that is fighting Christianity and threatens traditional family values. "Today it is claimed that there are more than two sexes, that we have not only women and men," he declared. "Some say that we have 80 sexes, others say 50. I'm getting lost." 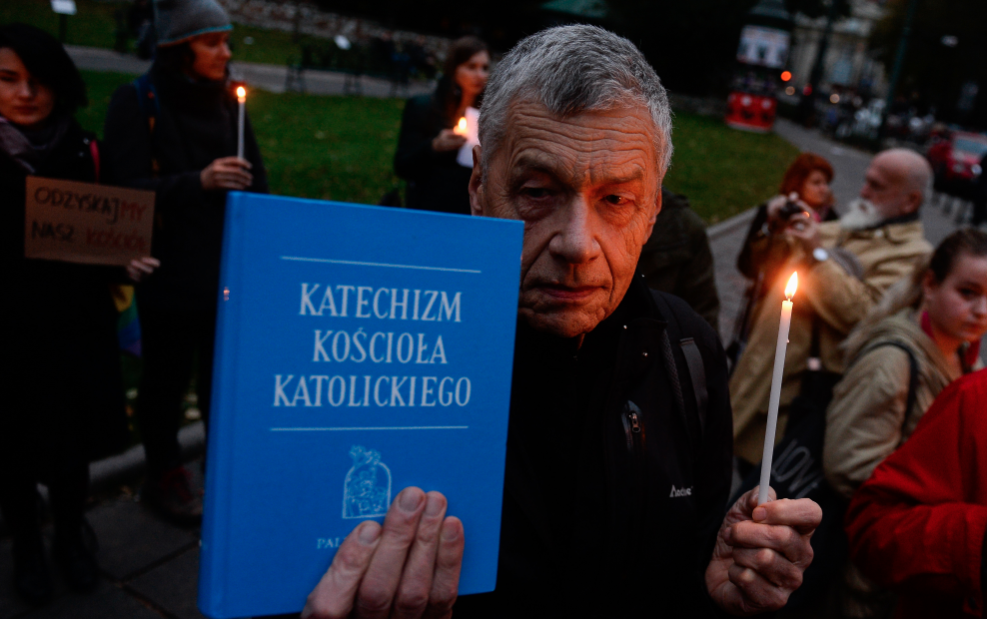 And indeed, you can get lost if you try to follow Kaczynski's statements about sex and values. He declares that only PiS defends the freedom of the people who disagree — while the party labels LGBTQ people as freaks. Maybe it is worth reminding these Catholic politicians of the words of Pope Francis, who said this to a gay man: "God made you like this. God loves you like this."

What kind of society will we become after these elections?

Yes, a lot is at stake. After these elections, what will we think of ourselves? Will anyone tell us in advance what should we do? When I read right-wing columnist Stanislaw Janecki, it give me the chills. He writes: "These elections are about limiting the march of gender revolutionaries, LGBTQ, anti-clericals, feminists, abortionists, so-called environmentalists, various Neo-Marxists."

I get the same chills when I hear Jaroslaw Kaczynski announcing that "those who work for our enemies are stigmatized and will be stigmatized further."

What kind of society will we become after these elections? The one that embraces the achievements of science, or one dreamed up by the likes of Jan Duda, father of Polish President Andrzej Duda? He called in vitro fertility treatment a "medical experiment." I have many friends who have happy children thanks to this "experiment."

The views of father line up with the opinions of his son, who seems to believe a woman should say: I do the cooking, cleaning and shopping, but the man is responsible for the family.

That is our Poland, where, on top of all this, sex education lurks. I wonder when Kaczynski thinks you should tell children where they come from? Would it be at 14 or 15 years?

Shortly after the elections, the Polish Parliament is expected to consider a bill that would imposed three-year prison sentences on teachers and doctors for promoting sex education. Is that where we're heading?

The presence of the faithful at Mass, regardless of the threat to their health and lives, is esse...