A Musk Read: On The Gray Areas Of The Green Revolution

Protesters against the planned Tesla factory in Grϋnheide on February 22, 2020. - Fabian Sommer/DPA/ZUMA

Two projects with billionaire Elon Musk's name on it help highlight that the cause of saving the planet is a messy affair.

PARIS — It's a green new world, and Elon Musk is emperor.

That story line first came into focus in 2003, when the South African-born entrepreneur's first all-electric car rolled off the manufacturing belt in California. More than a landmark moment for the auto industry, the instant success of Tesla held out hope that the end days were coming for two centuries of eco-unfriendly business. Seventeen years later, Musk is selling some 400,000 cars per year and has expanded his business into the space sector, holding out the promise that making Mars or the Moon inhabitable can save humanity from potential extinction by climatic or nuclear disaster.

But not everyone is happy. In France, astronomers worry about the environmental impact of the massive constellation of satellites Musk-owned SpaceX plans to launch into space. Meanwhile, next door in Germany, local protesters forced Tesla to stop clearing the land for the construction of a new factory.

Embracing innovation that reduces environmental harm in one place but exacerbates it elsewhere.

As we become increasingly aware of the dubious underbelly of the energetic and technological transformation, environmentalists are now mobilizing around redrawn battle lines. In an article published by French daily Le Monde, astronomers warn that hurtling trash into the atmosphere, such as expired satellites and leftover rocket stages, will not only cause collisions with orbiting satellites but also risk that the earth's sky and atmosphere will become polluted by space debris. The worries started after Musk announced plans to launch a total of 42,000 satellites through SpaceX's subsidiary, Starlink, in order to reach the ambitious goal of providing constant, global internet coverage from orbit. The skeptical sentiment was summarized by Eric Lagadec, vice president of the French Society of Astronomy and Astrophysics: "We risk losing our sky simply to reduce the network latency of online video games or to send each other more pictures of cats." 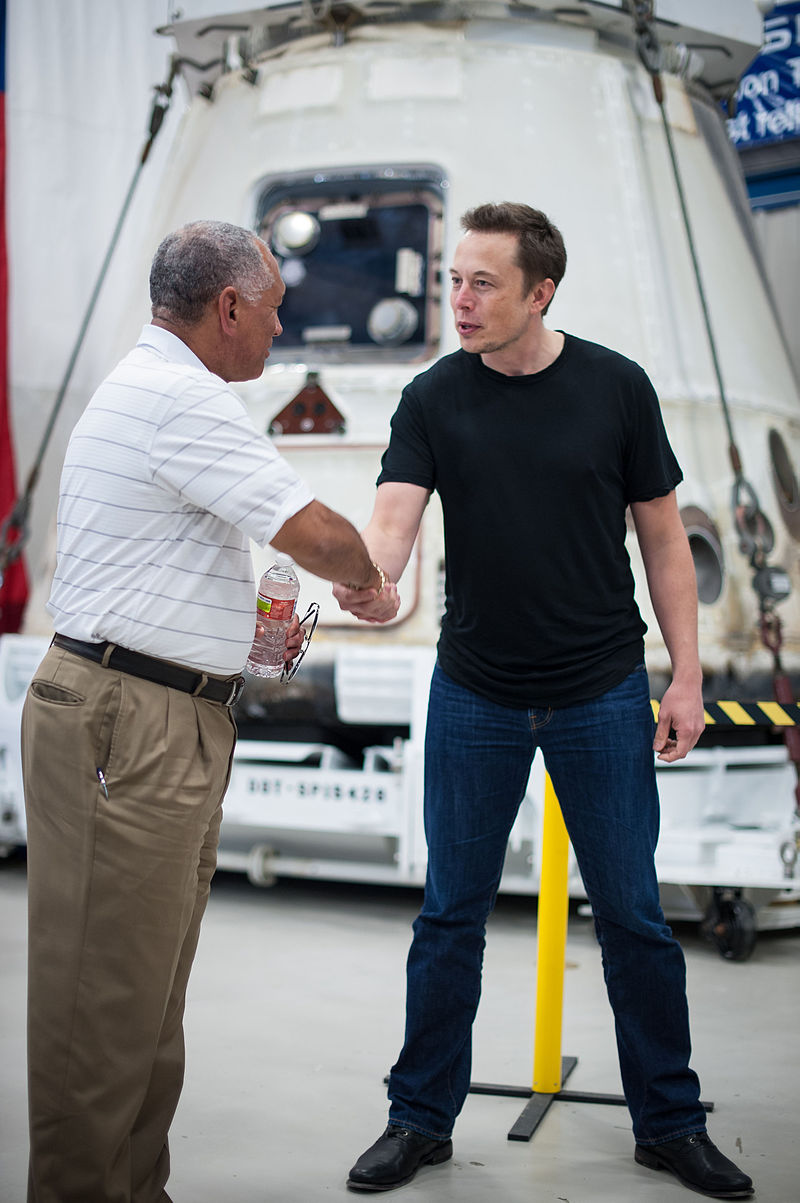 The anti-Musk movement in Germany, instead, was all happening down on Earth, as the Die Welt daily reported last month that activists finally ended their occupation of a forest near Berlin after a court forced Tesla to stop clearing the land. The 92 hectares of pines were supposed to give way to the electric car manufacturer's first European giga-factory, but operations were temporarily halted when local activists filed a motion seeking legal protection. As a closing statement, two occupiers leaving the site told Die Welt: "It's all the same capitalist shit."

Technology doubling as both hero and villain is of course nothing new. The industrial revolution led to longer and healthier lives for some while others labored under terrible conditions in cities enveloped by toxic smog. Even back in ancient Rome, mining the metal needed for its extensive plumbing system drastically increased lead in the air and the citizens referred to the city's perpetual fire-induced cloud as gravioris caeli, or "heavy heaven."

There's a majority of people to whom the green revolution looks increasingly gray.

However, the idea that so-called sustainable technology is merely the latest form of capitalism with environmentalism branding is something altogether new. As today's industrial revolution is driven by an agenda to restore the equilibrium of our planet, should we encourage new technology that requires a lot of energy to develop? And should we embrace innovation that reduces environmental harm in one place but exacerbates it elsewhere? Or, put more concretely, should Arnold really have bought Greta a Tesla?

Evangelists of green technology typically profess to have the most rational approach to solving our world's problems; yes, there are still issues to be sorted, but we should focus our energies on fine-tuning the latest solutions and mitigating side effects in the periphery. For the protesters in the other trench, such as the German activists, the periphery is the issue. Our much-celebrated green transition is often a smokescreen for shifting pollution and humanitarian abuse to places far from the scrutinizing eyes of the media and human rights organizations.

While we shouldn't duck either argument, there's a majority of people to whom the green revolution looks increasingly gray. By forcing a choice between an army of Elon Musks and the debilitating idealism of the anti-capitalists we risk hampering a discussion that is indeed best held in countries like France and Germany. If it's the same "capitalist shit" in the West, eco-pessimists should consider that countries like China – with regimes made up of an altogether more unscrupulous breed of capitalists – has become a world leader in green business while also tightening its grip around future metals and the technology they fuel. At the same time, worshipers at the altar of technology should admit that they are, at best, only a part of the solution.