Workers rappel down Paris' iconic Arc de Triomphe, wrapping it entirely in silver-blue fabric as part of an installation in tribute to late artist Christo.

Welcome to Monday, where North Korea tests a new long-range missile, the Taliban will not ban women from university this time (though under several conditions), and a jar of hair has the auction world all shook up. Meanwhile, French daily Les Echos looks at how cosmetic and apparel companies in China (a country usually associated with low quality and fast fashion) have moved upmarket in recent years.

• North Korea tests new long-range missile: North Korea claims it successfully tested new long-range cruise missiles over the weekend that analysts say could have nuclear capability. Washington responded that the tests pose a "threat" to the country's neighbors and beyond.

• Taliban's new rules for female students: Women in Afghanistan will be allowed to study in universities but in separated classes and with the mandatory Islamic dress code, the Taliban's new Higher Education Minister said. Female students will also be taught by women teachers wherever possible. Meanwhile, the first foreign commercial flight since the Taliban retook power has landed in Kabul.

• Dutch court rules Uber drivers are employees: The Amsterdam District Court ruled that Uber drivers are not independent contractors but employees of a company and thus entitled to the same rights and benefits as other workers in the sector. Uber said it would appeal the decision and "has no plans to employ drivers in the Netherlands."

• Pope Francis urges Hungary to be more "open": In a four-day visit to Central Europe and his first international trip since having surgery in July, Pope Francis met with controversial Hungarian leader Viktor Orban. During mass, the Pope urged the country to "extend its arms toward everyone," which some see as a veiled critique of Orban's anti-migration policies.

• Jailhouse Lock: A jar containing Elvis Presley's hair, collected by the singer's longtime barber, has sold for $72,500 at an auction. 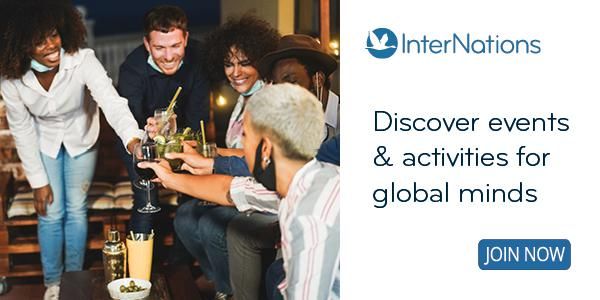 "Europe is preparing for a wave of migrants from the Taliban's Afghanistan," titles Danish daily Jyllands-Posten, reporting on the 27 kilometer-long fence built by Greece and the 1,200 extra guards hired by Turkey. The newspaper spoke with some of the Afghans who have started the journey towards Europe.

Chinese fashion: The chic side of made in China

Chinese cosmetic and apparel companies that once operated in obscurity are now making a real name for themselves, at least among domestic consumers, who see brands like Li-Ning and Bosideng as providing both quality and style, reports Hong Kong-based correspondent Julie Zaugg in French daily Les Echos.

👗 Once synonymous with cheap, poor quality, Made in China has undergone a striking transformation in the past years, moving upmarket and gaining popularity among the 1.4 billion people inhabiting this huge country. ''This phenomenon began a dozen years ago, with the arrival of Chinese creators such as Masha ma, Huishan Zhang or Angel Chen, graduates of the top fashion schools in Paris, London and New York,'' explains Babette Radclyffe-Thomas, a Chinese fashion specialist. After working with Western designers, they went back home to build their own labels.

🇨🇳 🇺🇸 The improvement in quality of Chinese brands fits in with the government's goal of wanting to promote domestic consumption in parallel to exports. The strategy is called ''dual circulation,'' and it has become one of President Xi Jinping's favorite expressions. The tariff war between Beijing and Washington has accelerated the process, encouraging China to move away from its dependency on Western goods. Leading the charge are brands like Peacebird, Urban Revivo and Ochirly, which are frequently described as China's Zara or H&M.

💄 One of the strengths of these companies is that they know how to adapt to local tastes. As Babette Radclyffe-Thomas explains: "A Chinese cosmetics brand won't try to market a lipstick with purplish or blueish hues, because it wouldn't go well on an Asian skin." Perfect Diary is a case in point. Created in 2016 by former staff of Procter & Gamble, the cosmetics group based their esthetic on the androgynous codes taking place in the world of video games and mangas, which are extremely popular among Chinese youth.

With their sleeping bags in hand, dozens of students occupied the main administration building of the Rijksuniversiteit Groningen in the Netherlands last week to protest the lack of housing for international students. The situation is dire according to local organisation Shelter Our Students (SOS), as more than 600 international students at Groningen have started their studies this September homeless, Dutch daily NRC reports. (Read in English via Worldcrunch here)

The Netherlands was already an increasingly popular destination for international students as it offers a wide variety of English-taught degrees. But this year, Dutch campuses are particularly overflowing with foreign students for two other reasons: Brexit, which has made UK universities suddenly very expensive for European Union residents looking to study in English; and the end of COVID-19 restrictions is bringing students back to class.

As a result, there are now 344,000 university students nationwide (last year it was 327,000) of which 72,400 (21%) come from abroad, writes NRC. But some universities had a larger increase than others. The Rijksuniversiteit Groningen in the north, for instance, saw a 25% increase in registrations.

And yes, all of these students need accommodation, especially now that universities are switching back to in-person lectures after a year of online classes. A Romanian student named Paul told the Dutch broadcaster NOS that he's been trying to find a place to stay since he first heard he was accepted back in the spring of 2021. "It's like finding a needle in a haystack," he said. "Of the dozens of website ads, only a few are open to international students. Most student houses don't want foreigners."

Paul has been able to find temporary accommodation with the help of Shelter Our Students, but he's one of the few. Most international students are sleeping on air mattresses in the already tiny dorm rooms of their friends, writes De Volkskrant. Others are staying in hostels or hotels: clean and safe, but not cheap.

According to a report by Global Witness, 227 environmental activists were killed around the world last year — the highest number recorded for a second consecutive year. The London-based NGO adds that since the signing of the Paris Accords on climate change in 2015, on average four activists have been killed each week.

Thank God for the halo which saved me, and saved my neck

— Formula 1 champion Lewis Hamilton thanked the "halo" — a reinforced safety device in front of the driver's head — for saving his life during a severe car crash yesterday at the Italian Grand Prix.

Workers rappel down Paris' iconic Arc de Triomphe, wrapping it entirely in silver-blue fabric as part of an installation in tribute to late artist Christo.

Welcome to Monday, where North Korea tests a new long-range missile, the Taliban will not ban women from university this time (though under several conditions), and a jar of hair has the auction world all shook up. Meanwhile, French daily Les Echos looks at how cosmetic and apparel companies in China (a country usually associated with low quality and fast fashion) have moved upmarket in recent years.

BUENOS AIRES — As the U.S.-China rivalry gathers pace, oceans matter more than ever. This is evident just looking at the declarations and initiatives enacted concerning the Indian and Pacific oceans.

Yet there is very little debate in South America on the Sino-American confrontation and its impact on seas around South America, specifically the South-Eastern Pacific (SEP) and South-Western Atlantic (SWA). These have long ceased to be empty spaces — and their importance to the world's superpowers can only grow.

Why I Fled: Meet The Russian Men Choosing Exile Over Putin's War

In the aftermath of the death of 22-year-old Mahsa Amini, who was arrested by the morality police mid-September for not wearing her hijab properly, many Iranians have taken the streets in nationwide protests. Independent Egyptian media Mada Masr spoke to one of the protesters.

When Friends "Break Up" — The Psychological Damage After Friendships End

Is He Bluffing? Warnings Issued After Putin’s Nuclear Threat