A chocolate museum nestled in Spain's small town of Astorga reveals how an exotic delicacy became a veritable "opium of the masses."

ASTORGA — Mention chocolate in Astorga, a town in north-western Spain, and you'll plunge into pages of Ibero-American history. This spiced, sweet delicacy, available in any corner shop or gas station, wasn't originally easy for Spaniards to get their hands on. When it first arrived, it tasted harsh and bitter, like the iron and gunpowder used to conquer its homeland, Mexico, in the 16th century. The conquistador Hernán Cortés and his companions noted a drink served at Aztec banquets "in delicate, golden cups, made of cocoa itself, which they said was in order to consort with women." They soon learned the drink would infuse any man with unusual energy — a magic potion that could energize warriors before battle.

A similar idea probably crossed Emperor Charles V of Spain's mind when he ordered the import of this miracle drink in order to fire up his foot soldiers in the frigid Netherlands. Cocoa became a hot commodity and a prized dowry, and when Cortés' own daughter was betrothed to the future Marquis of Astorga, the aroma of chocolate likely began to waft through the streets of this small, historic town.

The only problem? Chocolate paste was unbearably bitter. Nobody could drink it, not even the emperor's hardened soldiers. Then the Church got their hands on it. Nobody is certain, but it's believed that a Spanish monk may have been the big genius who thought of adding sugar to the acrid potion. Served hot with a touch of cinnamon, cocoa became an ideal drink to help the monks endure long, tedious days of monastic fasting. 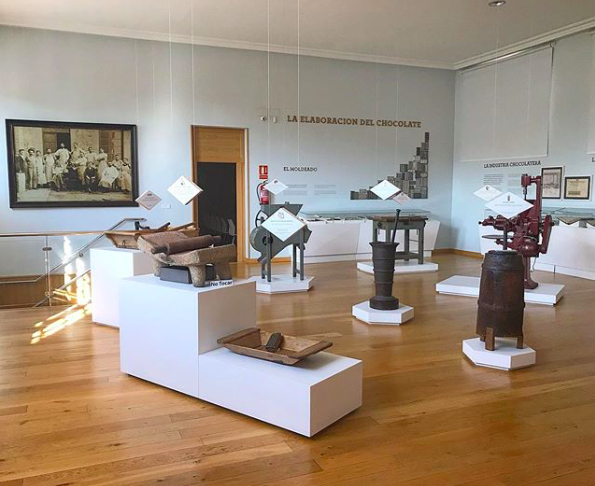 The Museum of chocolate in Astorga, Spain. — Photo: wanderlustinglawyer via Instagram

The following centuries saw a chocolate frenzy. It boomed in Spanish society as a sweetened drink, initially served in stately homes before making its way to the general public. It became the coke of the 17th century.

Its recipe, simply coca and sugar, was more natural than today — and more addictive. Ladies attending mass would sip little cups of chocolate to quieten their hunger, until priests banned this practice and made it punishable by excommunication. Some even claimed the "bewitchment" of Charles II, the country's last Hapsburg monarch, was, in fact, an addiction to chocolate. In 1644, the sale of chocolate was banned in Madrid.

Like cocaine today, often mixed with impurities to boost its quantity and yields, chocolate was made illegal in 17th-century Spain. It was once observed that chocolate dealers "sought new ways of corrupting it by throwing in ingredients that increase its weight but diminish its goodness and are so harmful to health... with a pinch of cinnamon and the spice of pepper, they hide the bread crumbs, corn flour, bits of orange peel, chestnuts, ash and all manner of filth."

Jumping back to Astorga, after chocolate's darkest years have passed, it's reinstated as a legal good and its fame spreads across the Western world. It attracts French kings eager to taste it. Over the centuries, monks perfect its recipe.

A wise person eventually solidified it into easily edible chunks, and Astorga became an established production point. A veritable "chocolate age" fell over Astorga, where the cold, dry climate gave it an ideal location in a time before refrigeration.

These are the stories you will find in Astorga's Chocolate Museum. Visitors shouldn't expect Willy Wonka's chocolate factory, with mini-men chanting as they work or cascades of cocoa. Rest assured, the museum is a safe environment where children will not be turned into colored giants or shut into televisions. While the museum does have a friendly, robust man who mashes chocolate paste on hot stone, he does so without a Disney-style period costume. Personally, I suspect Willy Wonka's fantasy world was a publicity stunt to distract from the dismal taste of his products. 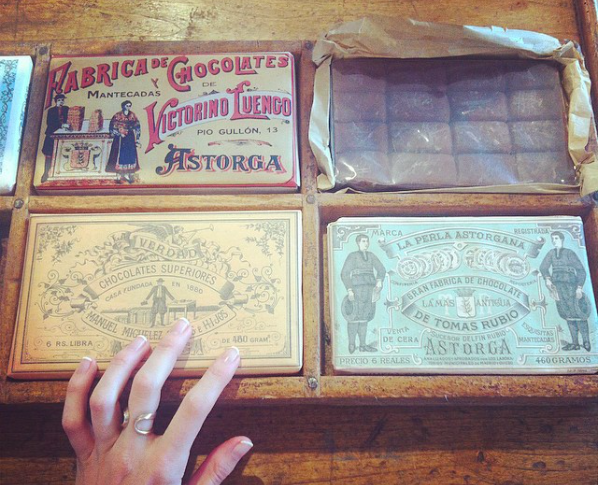 The museum is not a place of fabulous tales for dreamers, for factual history was fascinating enough. I'd rather know the reality behind the chocolate myths, for it brings a touch of truth to a world blinded by the television screen and its unbearable sheen. I prefer learning about the labor that goes into making chocolate and watching the vigorous kneading than imaging it emerging from a crackpot factory. The hard hard work enhances the magic of its taste.

Visit the Astorga museum and ditch the myths. Know chocolate as it is: a whimsical delicacy, the product of wars, intrigue and of trial and error. A dark concoction, an opium of the masses, a food for the most discerning palates. When you're given three ounces of chocolate to savor at the end of your visit, you'll appreciate more than the delicious taste in your mouth. You're biting on a chunk of history made of little bits of sugary bliss.