Behind Biden's Message Of Unity, A Shattered America

MILAN — The first day of Joe Biden's presidency bore clear traces of some of the recent wounds inflicted on the United States. After being sworn in, Biden arrived at the White House protected by thousands of troops and barricades just two weeks since deadly violence engulfed the Capitol.

Thousands of flags stood in for the typical inauguration day crowds to prevent gatherings during the pandemic — and also the possibility of more violence. In his inaugural address, Biden appeared to compare the Trump presidency to a calamity, saying his country needs to "start afresh" and get together like it had after the Civil War, the Great Depression, World Wars, 9/11.

Headlines around the world echoed his words with optimism and relief. "Biden can heal what Trump broke," wrote a member of the New York Times's editorial board. "Comeback for America," said Germany's biggest-selling tabloid Bild. "Democracy has prevailed," titled France's Le Monde.

But a different picture emerged on social media, where the silence of the flags standing in for cheering crowds were mirrored by other American silences. I have many friends in and around Pueblo, Colorado, where I spent much of my high school junior year. It's a part of America built on steel and coal that has struggled to flourish after the industries' decline. I was looking yesterday on my Facebook feed for the voices on this new presidency that might rise like a phoenix out of those ashes in southern Colorado. 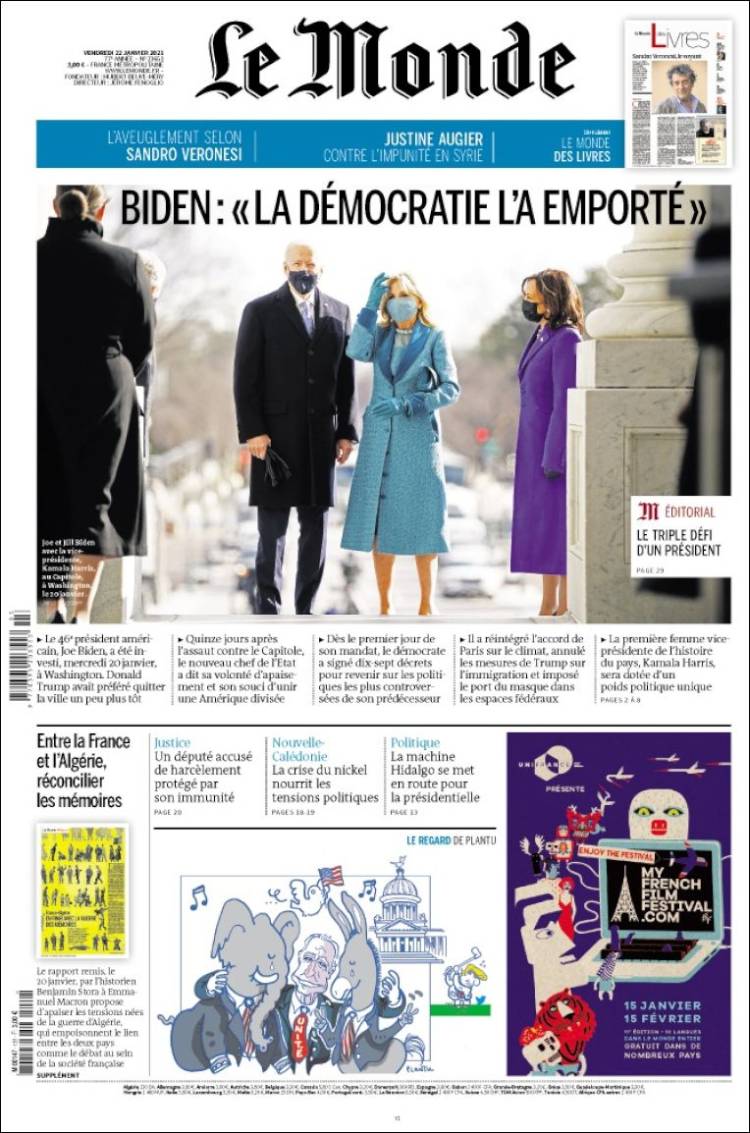 I had grown used to checking the wide-ranging posts of a Baptist pastor to try to better understand Republican voters in rural America. But then he disappeared overnight. Furious that Twitter had temporarily suspended Trump's account, the pastor told his Facebook followers he was joining an alternative social media platform, Parler, and encouraged them to do the same. In the last few weeks, thousands of right-wing extremists have seen Parler as an opportunity to continue to organize and spread hate speech under the radar, escaping regulations and social media bans.

Most of my old friends' feeds remained silent for inauguration day, as they had for weeks. I'd seen years of bitter arguments play out in their comment sections — over Trump, over guns, over police killings of African-Americans. But, now, nothing. No jubilation, no talk of new beginnings, no skepticism or bitterness. Nothing.

This new silence makes for an eerie coda to end an otherwise noisy presidency — after Trump was banned from social media, he promised Wednesday to "be back in some form" as he bid farewell to Washington.

For all the talk of coming together with the dawning of a new democracy, the United States has been wrenched apart. It will take a lot more than the optimistic words of a new president to bring it back together again. I'll keep my eye out for news from my old friends in Colorado.

Technological progressions have always changed how we behave. But AI has much more far-reaching p...