Twerking: How An African Dance Is Shaking Up Latin America

A journey, past and present, into the physical benefits and deeper meanings of (not quite) everyone's favorite hip-jerking dance craze.

BUENOS AIRES — Why do we dance? This primordial expression that connects us, almost instinctively, with our emotions, emerged in antiquity and has evolved with the rhythm of time. In tribes, dancing was part of the rituals that assured survival through rain, fruitful hunting, fertility.

In ancient Greece, dance had its origins in religion. The dithyrambs were celebrations of Dionysus, son of Zeus and the god of sensual pleasures, wherein men, and only men, would chant and dance themselves into a trance. One day, a participant must have departed from its script to recite the god's adventures, soon prompting others to join in and create a dialogue that became the ancestor of theater. We can see how dance is one channel through which a society (or groups in society) communicated (and communicate) their perceptions of reality and history, wherever in the world they might be.

Today there is an urban dance form with African roots spreading from New Orleans to Latin America, conquering adepts and adding to its detractors. More and more people are dancing it here in Argentina: it's called "twerking."

Choreographers define it as pelvis-led jerking movements in which the hips move back and forth, sideways and around in endless combinations. It is practiced in many positions and at many levels, with the knees generally bent and facing out for some moves. Doing it properly requires gyrating the pelvis continuously clockwise and anti-clockwise, while relaxing the gluteal muscles.

Gluteal dances were enacted at weddings and rituals to induce fertility.

Fans cite advantages to regular twerking: less painful menstrual periods (as its movements relax the uterus), better sex and even better orgasms (as pelvic muscles become more familiar), partial relief of lower back pains, improved posture and a fortified pelvic floor. Many women who twerk add that they used to be embarrassed by their backside, but now are eager to show it off.

Romina Fisela, an actress, choreographer and theater director, has been twerking for years. "I have seen horrified looks," she says,"I could not speak freely with my family. Even friends my age have given me sideway glances thinking this was something you do 'to hook up.' But a lot of pupils also tell me they understand its strong cultural content and how it makes them feel good about their bodies. They connect with dance, with sexuality and with other pupils from a place of diversity, respect and fun."

Fisela says twerking is "delving into a technique, training and learning to relax about that whole big deal called the backside."

She adds that "the world of ideas and intellectual thought seems constantly to underestimate the physical, as if a speaker weren't trying to seduce with words. I also ask myself, why must the woman have the responsibility of not tempting man and not becoming an object? A man should have the ability not to encroach on my freedoms."

Shaking your backside is ancestral. Historically, gluteal dances were enacted at weddings and rituals to induce fertility, strengthen the pelvic muscles after birth and celebrate from a place of resistance. The African diaspora, through slavery, took these dances to Brazil, Jamaica, Cuba, the Dominican Republic and the United States. In each country, descendants of those slaves have their own techniques, pertinent names and music. In Cuba this is vacunao and in the Ivory Coast, the Mapouka, though neither name has become familiar to us like twerk. The term entered the Oxford Dictionary in 2013, when curiously it was the second most searched word, after 'selfie.' It was first cited in the song Do The Jubilee All, by DJ Jubilee, more than 25 years ago.

In recent years twerking has been popularized by figures like Big Freedia, a musician from New Orleans, the Disney star Miley Cyrus, and in Argentina by Jimena Barón. Kim Jordan, a U.S. choreographer and sociologist based in Barcelona, points out that its roots are in the New Orleans black LGBTQ community.

Its emotional impact is revolutionary.

She says it remains more normal to view women's bodies as objects, with the violence this may entail, and that changing this perspective is a work in progress. Jordan's slogan, 'To twerk is not a crime,' states her view of it as a revolution that can take women toward "sexual, physical and emotional autonomy." 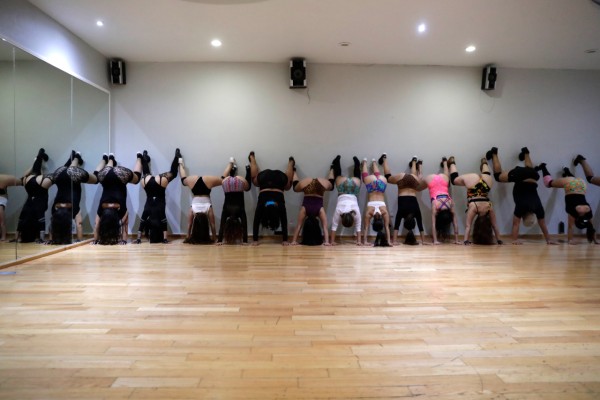 Is twerking a sexual dance? Fisela believes it is. "It dances with our core, the creative core of life and of vital, sexual impulses. At the end of the day, many of the expressions in different dances are generated by conquest, provocation and seduction. The great conflict arises when you take a prohibitive view of sexuality, in a Westernized social context where integrated sexual education is just beginning at schools. Gender theories are reaching more people, and we are constantly questioning and investigating."

How does one twerk in keeping with its original meaning? Losing its cultural context may lead to crass commercialization, says Jordan, as we see on viral videos of young girls twerking to violent and disrespectful music. She says this does not truthfully represent this dance, which emerged from the street, "from a place of resistance and pleasure," and as an expression of diversity, communal bonding and personal liberation.

Fisela says "when a social group 'takes over someone else's cultural good,' this is reinterpreted and crossed over with new meanings given it by the group they represent. But it is also important to remember that in this part of the world, it is still a young dance that is developing and maturing." Twerking is looking for its place amid tensions between the old and established, and the liberating present.

*Patricia Lasca is a history teacher.

The bombastic president seems to have little regard for precedence or decorum. But is he just an ...

Argentines were hoping Alberto Fernández would be autonomous from his VP and former president Cri...