Until as late as the 1970s, Swiss children born out of wedlock were taken from their mothers. - Corinna Guthknecht/Sueddeutsche Zeitung

In Switzerland, well into the 1970s, children of unmarried mothers or from poor families were taken away from their parents and sent to live with new ones. They were placed in new homes, especially on farms, where they were made to work.

In many cases, they were exploited, beaten and abused at the hands of those who were meant to look after them. And yet attacks were rarely investigated, not least because foster families were barely controlled by the authorities.

As the years went by, the stories of these verdingkinder (contract children), as they are known, were largely forgotten — until recently. In a special report for Munich-based Süddeutsche Zeitung, journalists Corinna Guthknecht and Josef Wirnshofer talk to some former contract children about their traumatic experiences.

"The authorities deprived them of their parents when they were too poor to get them through," writes Wirnshofer. "At the time, poverty was not a problem of the state, but misconduct of the individual. It was also considered a danger to the common good. Poor mothers and fathers, it was thought, would affect the children negatively. Illegitimate children or children of separated parents were especially affected."

Rita Soltermann was five years old when her stepfather gave her away to the authorities, who then placed her in a foster home. "I was never held or shown any affection," she tells Süddeutsche Zeitung. "You were there only to work."

One afternoon, when she was seven, a man that she called uncle asked her to follow him into the woods. There, he abused her. She kept quiet. When the man came back and forced her to go to the woods again, she ran away. She had the courage to tell her foster parents, but they did nothing to protect her.

We had no home, we couldn't go anywhere.

"When you are abused as a child, the memory stays with you your entire life," Soltermann, now 80, told the journalists.

Government workers visited the home only once a year to check that every foster child had a bed. "We were two in each bed but we weren't allowed to say it," recalls Soltermann. "We had no home, we couldn't go anywhere."

In 1959, when she was 19, she got pregnant, but the child's father did not want to be involved. In the hospital, Soltermann was approached by government workers and told to hand over her child. But she stood firm.

"It was enough that I had been 'contracted,'" she says. "I'm happy I kept my child. I would have never been able to forget it."

Wirnshofer explains in the article that there are still no reliable statistics on how many verdingkinder existed in Switzerland. But Loretta Seglias, a historian who has been researching the issue since 2003, thinks that hundreds of thousands of such children were placed in foster care in the 19th and 20th centuries.

"It was only in 1978 that regulations on foster children came into force in Switzerland: for the first time it was put into writing that consent was necessary for minors to be given to foster families," the Süddeutsche Zeitung article explains. "Moreover, foster parents were supervised. The largely uncontrolled handling of foster children, which had been the norm up until then, could finally be prevented. 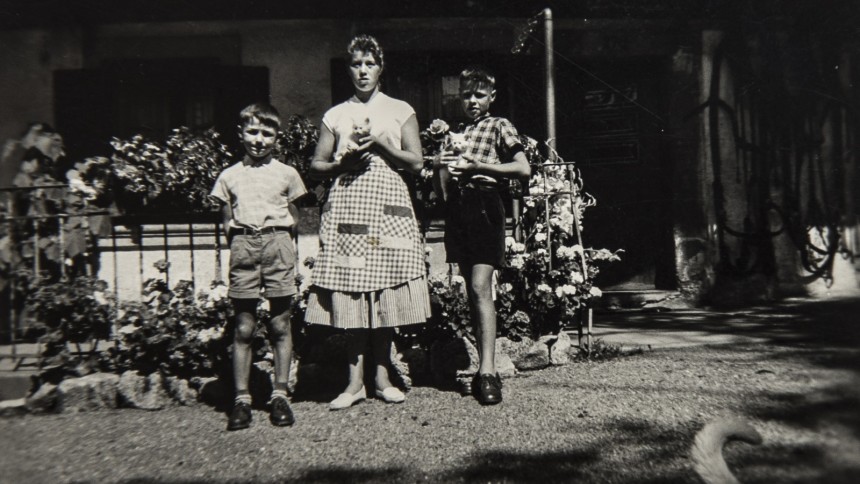 The Swiss government hid the truth of the verdingkinder for many years — Photo: Corinna Guthknecht/Sueddeutsche Zeitung

"The history of verdingkinder in Switzerland has long been concealed. It took until 2013 for the Swiss government to apologize to those affected. The then justice minister, Simonetta Sommaruga, said at a commemoration ceremony: 'For the suffering that has been done to you, I offer you an apology on behalf of the state government, sincerely and with all your heart.'"

"Meanwhile, the Swiss government has set up a solidarity fund for the victims of the scheme: 25,000 francs each (approx $25,000) in compensation. More than 9,000 people have registered with the Federal Office of Justice. But the number of surviving verdingkinder is likely much higher — many of them no longer want to contact authorities."

In 2014, the Swiss government appointed an Independent Expert Commission to investigate the use of administrative detention and other compulsory measures as instruments of social welfare in Switzerland before 1981. The commission will publish the final results of its research by the end of 2019.