China's "social scoring" system, with punishments for nonconformist actions and rewards for good behavior, changes human interaction. Germans know a thing or two about the high stakes of privacy protection.

MUNICH — There is already a phrase to describe the long-term effects of the constant, systematic monitoring of our online behavior: "social cooling." The term, coined by Dutch digital advisor and self-declared "privacy designer" Tijmen Schep, refers to all the — mainly unconscious — changes that people make to their behavior when they realize that their good reputation is just as valuable a resource as the data they so freely give away.

There are some positive aspects to this. Studies have shown that on average young people today are far better behaved than in the past. There are fewer teen pregnancies, crime rates are lower, and alcoholism, drug abuse and smoking are all down. For parents and guardians, whose legal duty of care makes them into a kind of mini Big Brother-state, this might not be such bad news.

Thousands of aspects of our lives are monitored and evaluated every single day.

The flip side is a rise in conformity. This doesn't only mean conforming to the law, but also conforming to societal expectations, whether in terms of politics, career or just the people around us. Because when someone knows that every post they share on social networks can take on a life of its own, and that their lifestyle can have consequences for their insurance and banking, they tend to be more careful about how they express themselves, to live more healthily and to take fewer financial risks.

A study by insurance company Ergo and researchers from the Harding Center showed that around one-fifth of Germans think it wouldn't be such a bad thing to have an online monitoring system where citizens acquire social points, as in China. But this kind of system already exists in the West. As customers, users and citizens, we have thousands of aspects of our lives monitored and evaluated every single day. 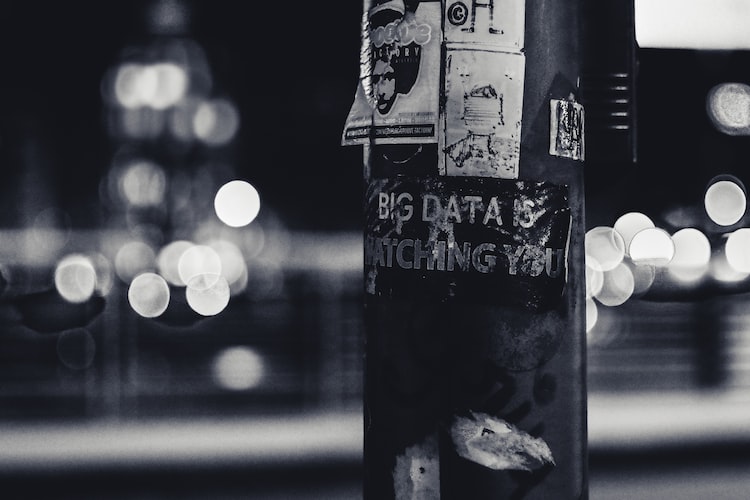 Six years ago, former NSA employee Edward Snowden's revelations about the worldwide surveillance system used by American and other Western secret services triggered the debate about online privacy. It was further fueled by reports of the Chinese social credit system and findings about how Silicon Valley harvests and uses our personal data, leading to the "techlash", a wave of outrage that spread throughout the general public against all types of digital surveillance, whether private or state-sponsored.

However, so far there hasn't been much more than outrage. The issue has been raised in the political sphere, at least in Europe, but it is met with vague counterarguments: claims that good citizens have nothing to hide, that data protection is bad for business and an obstacle to progress. The mass phenomenon of social cooling is so far going under the radar.

But the right to privacy is a human right, protected in Germany by Article 2 of the constitution and in Europe by Article 8 of the Convention on Human Rights. It is even set out in the U.S. Constitution. That only seems to apply to American citizens, however, as the internet is essentially an American invention; and this makes it difficult for the rest of the world to protect its rights online.

The other big problem is that giving up the right to privacy and the right to own your own data, photos and posts tends to be hidden away in the endless swathes of terms and conditions that tech giants use to bypass our rights and regulations.

Like every basic human right, the right to privacy was hard-won. From ancient times right up to the emergence of the middle class, it was a privilege that belonged only to the rich and powerful. It was only during the dictatorships of the 20th century that we realized maintaining the right to privacy is an important way of protecting citizens against all kinds of injustice. That remains true today, whether you want to travel to the United States or get health insurance.

Giving up a basic human right in exchange for the ease and comfort of online services is a step backwards, not forwards. In Western democracies at least, the past was much darker than the present, and we don't want to return to it. Therefore data protection and individuals' sovereignty over their own data must be a basic human right.

Dismissed in much of the world as "charlatanism," homeopathic medicine, developed in the 18th cen...