Recognizing Violence Against The Elderly In All Its Forms

As people enter old age, they become increasingly vulnerable, not only physically and economically, but also as victims of culturally-coded forms of discrimination.

BUENOS AIRES — It isn't always easy to know what constitutes mistreatment, abuse or violence, but it's absolutely necessary to understand that they can have a serious impact on both individuals and society. It's also important that we keep this in mind with regards to the elderly, and how they're treated.

The United Nations declared June 15 to be World Elder Abuse Awareness Day so that we, as a society, can take a moment to recognize the difficulties associated with old age, and establish a vision of how we would like it to be.

We are in a singular and contradictory time in history, with a confluence of ideas and practices that, on the one hand, can be positive, helpful and inclusive for older people, but also notoriously harmful. Being aware of this goes beyond establishing protocols on good and bad conduct and implies an ability to understand our actions and how far we can include old age in vital projects. We need to do everything in our power, in other words, to support this segment of the population and recognize the aging person living in each of us.

The Norwegian sociologist Johan Galtung differentiated three forms of violence: cultural, structural and direct. His Conflict Triangle is a diagram of intensifying levels of violence, from latent and implicit forms at its base to more blatant manifestations nearer its tip. What do these forms mean, and how do they affect old age.

Depriving someone of his or her freedom is a criminal offense, yet it happens on a regular basis.

Cultural violence is the result of a negative overall mindset in society, often on the basis of prejudiced assumptions or stereotypes that reduce old age to being bereft of values and meanings. It's seen instead as merely a state of biological deterioration. "Ageism" in society thus limits older people's expressions, feelings, attitudes and even rights, just for being older.

Many of these beliefs result in social practices towards the elderly that would be considered scandalous if attempted with other groups. We know, for example, that in many care homes, patients are tricked, confined or restricted in their movements without any court order or, at the very least, some kind of emergency medical dispensation. 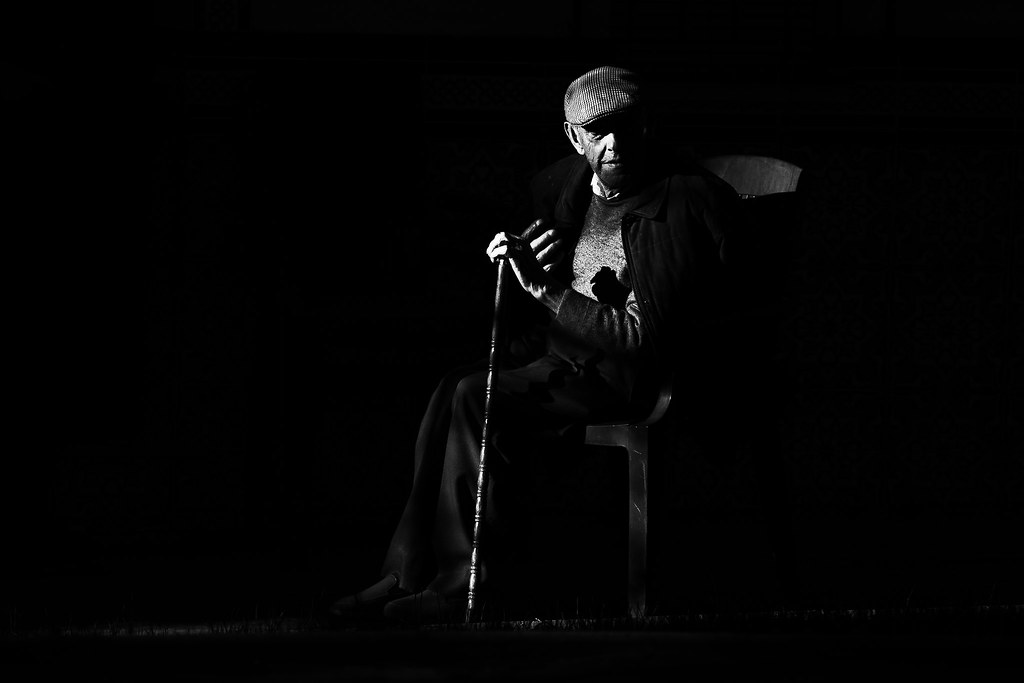 "Even when the victims are known, the situation cannot always be remedied" — Photo: Hernán Piñera

What we're talking about here are violations of fundamental, constitutional rights granted by the Argentine Constitution. Depriving someone of his or her freedom is a criminal offense, yet it happens on a regular basis. Not only so, the offenders tend to be relatives or guardians acting in complicit with pertinent authorities and, generally, without realizing the illegality of their acts. These rights violations happen in plain sight, and are accepted culturally because of the perception that older people are unable to live autonomously and thus need care and vigilance.

Along with cultural violence, seniors also suffer from structural violence. This kind of violence occurs through the institutional systems on which the elderly rely for their physical, mental and social survival. Older people are strongly dependent on the state, be it through the pensions system or national health service. So, every change in paperwork, payment delay, or reduction or loss of social or healthcare benefits creates instances of violence against people who are not always clearly identified. Even when the victims are known, the situation cannot always be remedied.

And then there's direct violence.

Structural violence becomes specific when it limits or negates a person's ability to pursue activities or meet basic needs such as buying medicines. Younger people have the option, in such situations, of seeking new sources of revenue. But for the elderly, changes of this kind can dramatically complicate matters both in the present and future.

And then there's direct violence, which is the most visible and therefore easiest to identify, be it of a physical, sexual or even economic nature. Curiously, campaigns meant to raise awareness about domestic violence (mostly male-on-female violence), make us think about younger people. We forget that older people can also be victims of domestic abuse, both in homes and care situations.

It's important to note that older people suffering from differing grades of dementia are particularly vulnerable to physical or chemical/pharmaceutical abuse. Such abuse occurs with complete indifference to their needs or wishes, and produces some shameful situations.

World Elder Abuse Awareness Day is an opportunity to recognize all these different types of violence, some of which we accept, regrettably, as "normal." As a society we can do better. We must do better.

In Argentina, we have a potent tool at our disposal: the Inter-American Convention on Protecting the Human Rights of Older Persons, which is integrated in our Constitution. Let's use it to change this reality and ensure everyone the promise and hope of dignity throughout his or her life.