Mario Vargas Llosa: I Would Like To Die With A Pen In My Hand

In an interview with Miguel Wiñazki of Clarín, the Nobel laureate and author of the recently published The Call of the Tribe sounds off on Trump, Lula and radical feminism.

BUENOS AIRES — "A fox knows many things, but a hedgehog one important thing," the Ancient Greek poet Archilochus is said to have written. Philosopher Isaiah Berlin elaborated on the idea in a famous 1953 essay, suggesting that there are two types of thinkers: foxes, who draw on a variety of experiences; and hedgehogs, who see the world through the lens of a single defining idea.

More than 60 years later, Peruvian novelist and Nobel laureate Mario Vargas Llosa revisits the old concept in his latest book, The Call of the Tribe (La llamada de la tribu), a intellectual autobiography of sorts. Vargas Llosa is a fox: a writer, journalist, politician and tireless polemicist. He embraces diversity, while others, the hedgehogs, carry just one key for all doors. The psychoanalyst Sigmund Freud was a hedgehog. His single, explanatory key was the unconscious. So was Saint Thomas Aquinas, who championed faith, and Karl Marx, whose secular religion was based on class struggle.

Vargas Llosa prefers specifics to generalizations. Whether hidden or "explicit," he says, "there is a fanatic in every hedgehog, and a skeptic and agnostic in every fox." As if to prove the point, the writer takes time with each sentence he utters. His speech is considered. And his eyes, they way he shifts his gaze, reveal an effort at introspection.

MIGUEL WINAZKI: Why did so many Latin American intellectuals support populist or rabble-rousing governments?
MARIO VARGAS LLOSA:
Many Latin American intellectuals who led very comfortable, middle-class lives turned out to be terrible inquisitors of democracies. Intellectuals tend to become rooted in their love of perfection, but democracy is a system that is openly less-than-perfect. Many intellectuals find this recognition of mediocrity repellent. Democrats do not believe in perfect democracies, but they do believe they can be improved, gradually rather than abruptly, and without killing people in the process. There is no perfection, because we are all different. But intellectuals will not abandon their unreal visions. That is what Marxism offers, an unreal offer to bring paradise to earth. That might explain the fascination of so many intellectuals for these utopias.

In Argentina, it wasn't just intellectuals but an entire government, that of the Kirchners, which saw Venezuela as a model to emulate.
Peronism and Kirchnerism [as formulated under presidents Néstor and Cristina Kirchner — 2003-2015] took Argentina toward an immense, dramatic failure. The Kirchners were certainly promoters of the Venezuelan model. Today, Venezuela is a country threatened with extinction. Its currency will cease to exist. Impoverishment is becoming merciless, and barbaric. But just as Venezuela's case is so tragic, Argentina's now is very positive. Society has given its backing to a democratic government through votes.

But the Argentine people are suffering right now from economic adjustments.
It is understandable that a government should ask for sacrifices to revive a society that was in free-fall. In spite of the sacrifices for which the government is asking, it still has considerable support. I am optimistic about Argentina.

How does Brazil's crisis and Lula's imprisonment influence the rest of Latin America?
I am delighted to see there has been a popular movement in Brazil that was and is asking for democracy's regeneration and for corrupt people to be tried and jailed. And this is happening. It's a fact. The fall of Lula — who was a myth, an international myth — is showing how serious this process is. They have sent businessmen and right- and left-wing politicians to prison. This is a very authentic process of regeneration. It's real. It's the first great people's movement in Latin America that does not want socialism and is not against democracy. On the contrary, it wants a regeneration of institutions that will bring progress and produce precisely that equality of opportunities.

Fortunately, the movement is headed by honest and efficient judges like Sergio Moro. The surprising thing is he is still alive. It's extraordinary that Moro is still alive. These judges are using the justice system to transform a country that really was infected with corruption. Petrobras, a powerful, public institution, was the biggest source of corruption, like [the construction firm] Odebrecht in the private sector, emanating from Brazil and infecting a good part of Latin America.

Feminism is deviating in some countries toward sectarianism and intolerance.

Peru is perhaps where corruption has had the most dramatic effect. Three presidents are in trouble. There has been fraud and corruption, but it's all being revealed and the jails are filling up with thieves and crooks. All this used to happen in Peru, but hidden from view. I think we should raise a monument to Odebrecht, which both produced and helped expose this corruption. Mr Odebrecht has allowed us to see the rot that existed in our own countries.

How do you see Donald Trump?
Very poorly and with great sadness. Nobody had managed before to vote in a populist, a philistine and a demagogue like Trump. What does that show us? That no society, not even the most advanced ones in terms of legality and democracy, is immune to populism and nationalism. Trump's legacy for the United States will end up being very negative. 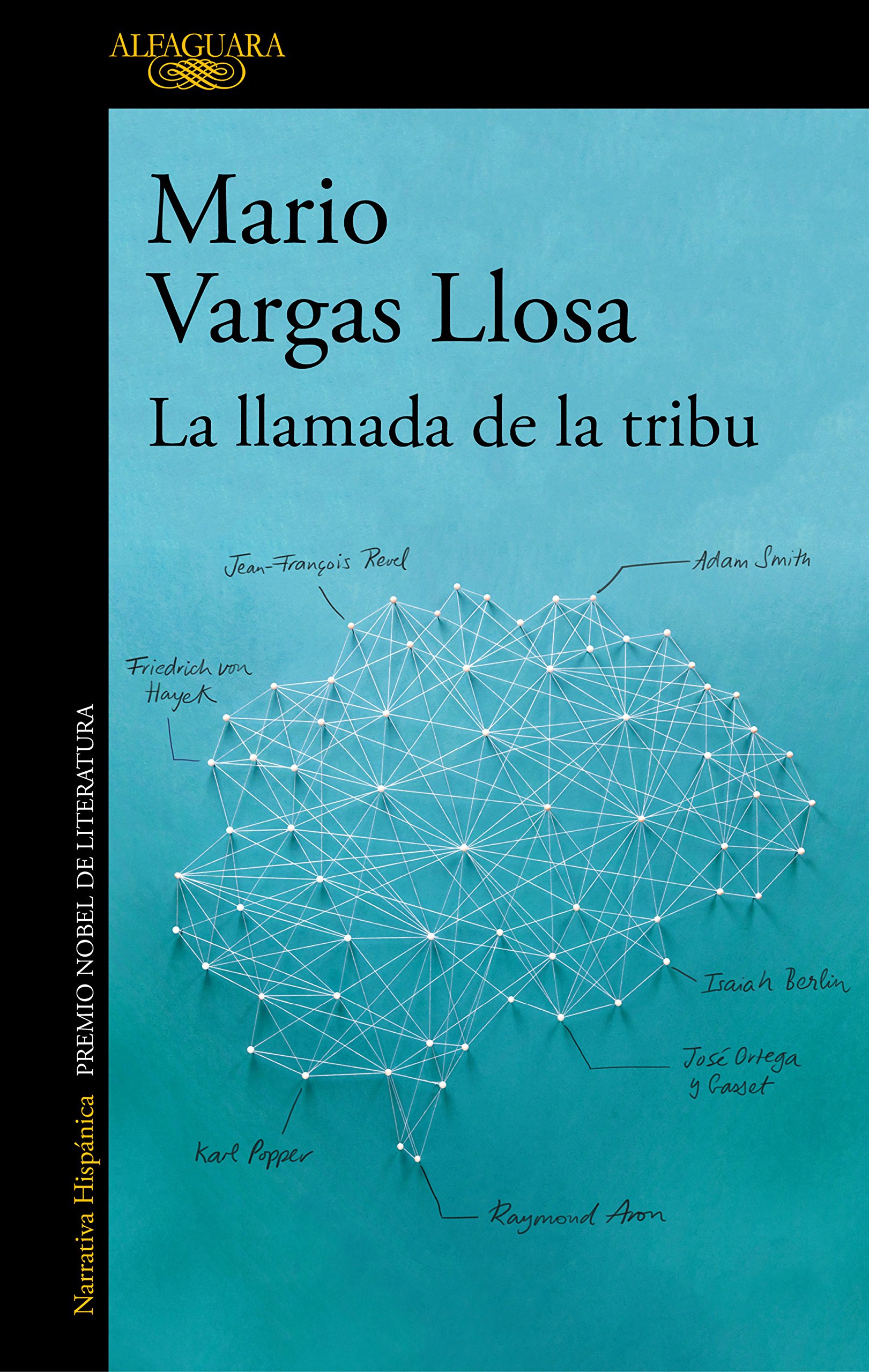 The Call of the Tribe (La llamada de la tribu) is a intellectual autobiography of sorts — Photo: Amazon

You have said radical feminism is stalking literature?
Look, I am entirely in favor of gender equality. I think any and all reforms undertaken to bring about equality between men and women are democratic and liberal and should be backed. Unfortunately, though, feminism is deviating in some countries toward sectarianism and intolerance. It is demanding political rectifications that, if enacted, would terminate not just literature but culture.

One must accept freedom as essential to having a rich and creative culture. And culture cannot be confined as the Inquisition sought, within a moral, religious or politically correct prison. Freedom must be defended. Great literature has never been politically correct. And in many cases literature has been at the forefront of many things that seemed terrible at first but then became accepted as advances and social and cultural progress. Many feminists do not understand this. They do not just want to correct the future, but also the past. And they would like to correct the culture of the past, for being too sexist.

With all you have achieved, you are still living with the same energy as when you were young ...
No, not as much. I am 82. But love, controversies, and literary work keep me alive. And I hope they will to the end. I always say, I would like to die with a pen in my hand. Working.

The Call of the Tribe is an unusual book in the Latin American book tradition. It defends liberal thinkers including some who are little known in this part of the world, such as Isaiah Berlin and Raymond Aron. Its proposition is simple and clear: The "tribal spirit" — the fountainhead of nationalism — has (alongside religious fanaticism) detonated history's greatest killings.

The book has a didactic and autobiographical tone. It recounts how such writers reshaped Vargas Llosa's worldview, and veered him from early left-wing tendencies toward liberalism. The author indicts the modern "call of the tribe" or return to obscurantism, the closed society and nationalism, which he says has sickened places like the United Kingdom, with Brexit, and Catalonia.

Brexit, in particular, targeted the EU, a collective project of nations the writer perceives as crucial. He qualifies current European nationalist movements as "based on fictions" and deliberate distortions of history. He does not think they will triumph but is not sure, and warns of their terrible consequences.