In Denmark, A Hard Language For Kids To Learn Shapes Society

Denmark is a rich country with an extensive welfare system and strong education. Yet surprisingly, Danish children have trouble learning their mother tongue. Compared to Norwegian children, who are learning a very similar language, Danish kids on average know 30% fewer words at 15 months and take nearly two years longer to learn the past tense. In "Hamlet," William Shakespeare famously wrote that "something is rotten in the state of Denmark," but he might as well have been talking about the Danish language.

We are a cognitive scientist and language scientist from the Puzzle of Danish group at Aarhus University and Cornell. Through our research, we have found that the uniquely peculiar way that Danes speak seems to make it difficult for Danish children to learn their native language – and this challenges some central tenets of the science of language.

Why is Danish so hard?

There are three main reasons why Danish is so complicated. First, with about 40 different vowel sounds – compared to between 13 and 15 vowels in English depending on dialect – Danish has one of the largest vowel inventories in the world. On top of that, Danes often turn consonants into vowel-like sounds when they speak. And finally, Danes also like to "swallow" the ends of words and omit, on average, about a quarter of all syllables. They do this not only in casual speech but also when reading aloud from written text.

The difficulty of Danish is no secret in Scandinavia, as seen in this clip from a Norwegian comedy TV show.

Other languages might incorporate one of these factors, but it seems that Danish may be unique in combining all three. The result is that Danish ends up with an abundance of sound sequences with few consonants. Because consonants play an important role in helping listeners figure out where words begin and end, the preponderance of vowel-like sounds in Danish appears to make it difficult to understand and learn. It isn't clear why or how Danish ended up with these strange quirks, but the upshot seems to be, as the German author Kurt Tucholsky quipped, that "the Danish language is not suitable for speaking … everything sounds like a single word."

Before we could study the way Danish children learn their native language, we needed to figure out whether the peculiarities of Danish speech affected their ability to understand it.

To do this, our team sat Danish two-year-olds in front of a screen showing two objects, such as a car and a monkey. We then used an eye tracker to trace where the kids were looking while listening to Danish sentences. 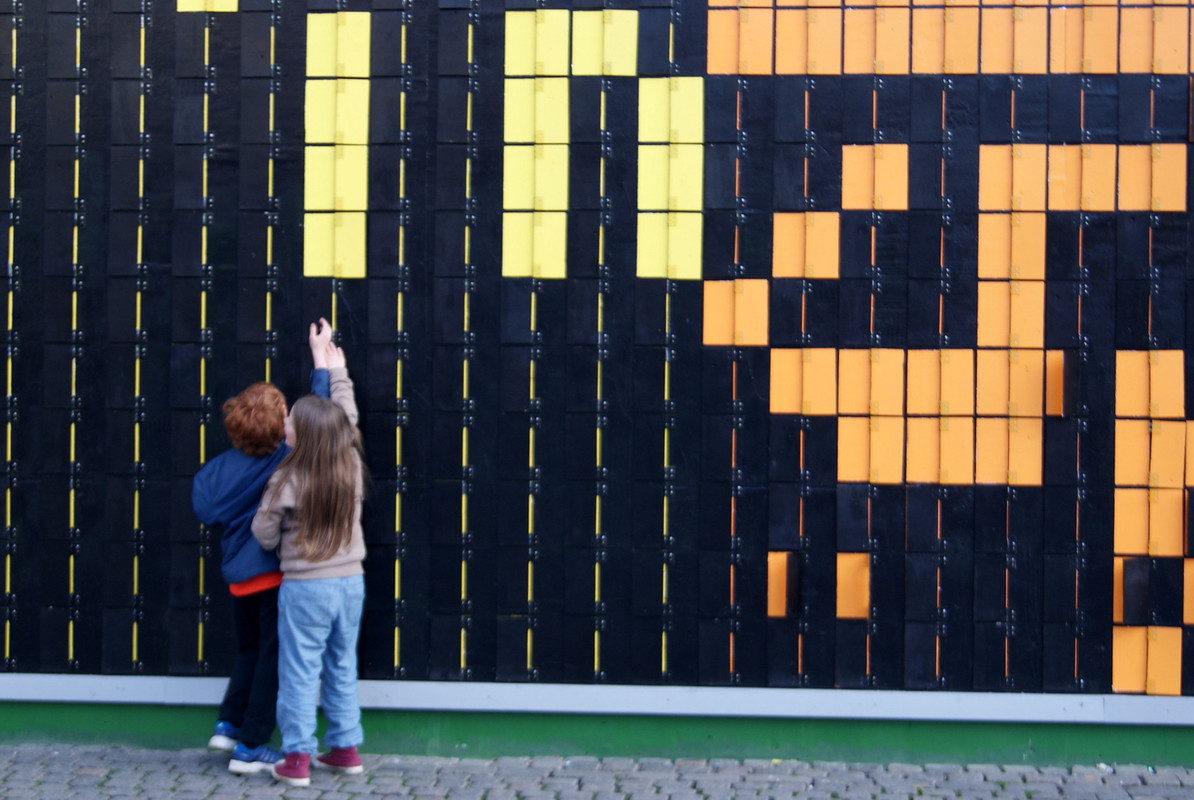 When the children heard the consonant-rich "Find bilen!" – which sounds like "Fin beelen!" when spoken and means "Find the car!" – the toddlers would look at the car quite quickly.

However, when they heard the vowel-rich "Her er aben!" – which sounds like "heer-ahben!" and means "Here's the monkey!" – it took the kids nearly half a second longer to look at the monkey. In this vowel-laden sentence, the boundaries between words become blurry and make it harder for the toddlers to understand what is being said. Half a second may not seem like much, but in the world of speech it is a very long time.

But does the abundance of vowels in Danish also make it more difficult for children to learn their native language? It turns out that it does. In another study, we found that toddlers struggle to learn new words when these words are sandwiched between a lot of vowels.

Danish children do, of course, eventually learn their native tongue. However, our group has found that the effects of the opaque Danish sound structure don't go away when children grow up: Instead, they seem to shape the way adult Danes process their language. Denmark and Norway are closely related historically, culturally, economically and educationally. The two languages also have similar grammars, past tense systems and vocabulary. Unlike Danes, though, Norwegians actually pronounce their consonants.

In several experiments, we asked Danes and Norwegians to listen to sentences in which either a word was deliberately created to sound ambiguous (like a word halfway between "tent" and "dent") or the meaning of the whole sentence was unusual (such as "The goldfish bought a boy for his sister"). We found that because Danish speech is so ambiguous, Danes rely much more on context – including what was said in the conversation before, what people know about each other and general background knowledge – to figure out what somebody is saying compared to adult Norwegians.

Together, these results indicate that the way people interpret language is not static, but dynamically adapts to the challenges posed by the specific language or languages they speak.

Not all languages are the same

There has been a longstanding debate within the language sciences about whether all languages are similarly complex and whether this might affect how people's brains learn and process language. Our discovery about Danish challenges the idea that all native languages are equally easy to learn and use. Indeed, learning different languages from birth may lead to distinct and separate ways of processing those languages.

Our results also have important practical implications for people who are struggling with language – whether because of a single traumatic event like a stroke or due to genetic and other long-term factors. Many current interventions meant to support language recovery are based on studies in one language, usually English. Researchers assume that these interventions would apply in the same way to individuals speaking other languages. However, if languages vary substantially in the way they're learned and processed, an intervention that might work for one language might not work as well for another.

Linguists have looked at differences between languages before, but few have been concerned with the possible impact that such differences may have on the kind of processing machinery that develops during language learning. Instead, much of the focus has been on searching for universal linguistic patterns that hold across all or most languages. However, our research suggest that linguistic diversity may result in variation in the way we learn and process language. And if a garden-variety language like Danish has such hidden depths, who knows what we'll find when we look more closely at the rest of the world's approximately 7,000 languages?

Greta's Right, Our World Leaders Still Don't Get It

From climate change and migration, to tobacco deaths and exploitative business practices, governm...

Free Your Mindstorms: How Lego Stays On Cutting Edge Of Coding Education

PARIS — Block construction, robotics and basic coding — all in one package, and ...