Learn The Language, The Only Real Path For Immigrant Integration

Refugees who are allowed to stay in Germany must attend an integration course. But many of them fail the language test. Why is that?

BERLIN — There are beautiful moments in the life of a language teacher. Going to the market with their class, cooking together and sharing the new vocabulary that comes with it. And there are the difficult moments as well, says Lena Kettler, who has taught integration courses for refugees in Berlin: For example when the topic in the textbook is housing, and the participants have to describe where they live. "I know that they have lost their homes, and are living in a refugee shelter."

People like Kettler have great expectations for Germany. Despite the change since Angela Merkel's "we can do it" slogan in the summer of 2015, language remains the real key to integration. Classes designed to give refugees this opportunity are not lacking. They range from friendly language cafés to the official integration courses of the Federal Office for Migration and Refugees for migrants who have good chances to stay.

The courses include 600 hours of language classes and 100 hours of "orientation," including lessons about the German legal system, history, culture and values. At the end, there is a language test. However, there are doubts about the success of these courses. Not even half of the participants who make it to the final test achieve the desired language level B1, which is the basis for simple jobs. Why is that? And what does that mean for the broader national integration project? Here's a look from multiple points of view:

The mission in 2015 was to open classes to as many people as possible. This succeeded, although in some places the quality of classes took a hit. New teachers appeared, even driving schools started offering lessons. Teachers were in short supply and were trained hastily. Teachers, who had previously taught mainly academics from southern Europe, now met a new, heterogeneous student body, comprised of Syrian linguists as well as people who had never attended school.

The course material is not much help, because it often does not correspond to reality.

"After New Year's Eve in Cologne, there was also the expectation that the courses should convey our values," says Weiss, referring to the sexual assaults by non-Germans that made headlines for months. The Germans do not even agree on what their values are. And the course material is not much help, because it often does not correspond to reality. "Someone named Mustafa is never a German in the textbooks." Of course, there have been German Mustafas for a long time. "Showing how diverse society is would be a good starting point for integration," says Weiss. "Instead, the value debate often revolves around what you can and can not do here."

The teacher
Lena Kettler taught integration courses in 2016, followed by lecturers for the courses. She is using a fake name, but wants to speak openly: "Many teachers hardly dare to deviate from the textbook, work chapter by chapter." But she is convinced: A trip to the market could sometimes bring more, just because the students then use the language in everyday life. "Many of my students barely had any contact with Germans."

But of course there is a reason why many lecturers prefer to avoid such experiences. Because at the end of the course is the final test — and it doesn't always fit into everyday life. 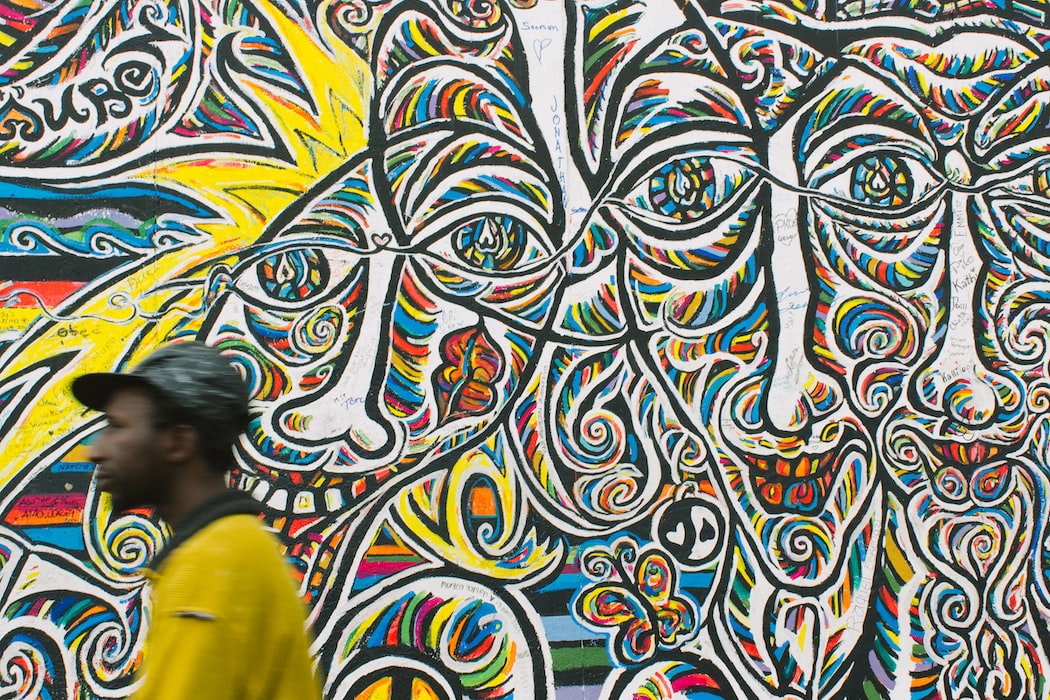 The linguist
The written tests are particularly difficult for people who have learned to read and write in Germany, reports linguist Christoph Schroeder from the University of Potsdam. "It's not just about the pure mastery of writing," but to find your way around in another world of experience. "For most of us it is normal to create worlds through writing and to move in them."

For people who have never held a pen, it is not. "This is shown, for example, in the following question: Bananas grow where it is hot. In England it is cool. Do bananas grow there?" For people who are used to writing, the answer is clear," says Schroeder, and it doesn't matter whether you know something about England or not.

The language classes are not sufficiently geared to this audience.

Unlike people who have had no access to written material previously, "There is a greater likelihood that they will answer: I do not know, I've never been to England." The language classes are not sufficiently geared to this audience. "It's always said: Language is the key to integration," he says. "It should actually be: Integration is the key to language."

The migration researcher
Jochen Oltmer, migration researcher at the University of Osnabrück, says that integration amounts to "networking between those who come and those who are already there." As important as language is, a 600-hour language course is not networking, because the other person is missing. This can be translated to the 100 units of field research: The principle of "men and women are equal" is something other than experiencing in exchange with others what it means. Taking an integration course doesn't make you automatically integrated. Germany is best learned through everyday life.

The refugees
As important as the courses are, real life is crucial to integration. In the clothing store of Moabit Hilft, a Berlin refugee organization, Iranian-born Maryam guides visitors through the rooms. The young woman, whose name was changed at her request, speaks in an accented, fluent German: "Just go over here, please." Her integration course has just begun, although she came to Germany in 2015. At the time, she was pregnant with her second child. After the birth, she attended a literacy and a language course. Although she was in school for nine years in Iran, she first had to learn the Latin alphabet. She is still missing some steps to obtain the B1 language certificate. Why does she still speak German so well? "I am a Christian and have found many German friends in the parish," she says. "I'm not that good at writing yet."

Real life is crucial to integration.

She has one goal in mind: "I was a housewife in Iran, but here I want to become a nurse, or a pharmacist" — both occupations for which level B1 is insufficient. So Maryam still has some courses ahead of her. If you believe the experts, then the course is set for her successful integration, without a certificate. Because she has a goal in mind; because she feels she is succeeding in her community, in her volunteer work. And because she can use what she learns in the language course in her daily life. And much of what she will hear in the orientation course will already sound familiar to her, from the everyday life she leads in Germany.