Scrolling down through fashion history - Worldcrunch

Amateur fashion aficionados are using new technology to celebrate the pre-internet past, and forcing labels to reconsider their archives.

PARIS — In a narrow, labyrinthine room, gold chairs are lined up against the walls. The top model Amber Valletta struts catlike along the runway, wearing a truly marvelous creation: a Chanel haute couture coat with embellishments by Lesage, designed by Karl Lagerfeld and inspired by Gabrielle Chanel's collection of lacquered wooden screens from Coromandel.

The year is 1996, and the event features one of the most beautiful collections the legendary German designer ever produced, though of course there were no smartphones around back then to immortalize it. And yet, here it is, the moment captured in all its glory — on Instagram.

For that we can thank Ilius Ahmed, creator of the account @unforgettable_runway, who uploaded the vintage video for the world to see. The footage is from one of numerous runway videos that the Central Saint Martin's graduate spent years collecting. Artifacts from a pre-internet-age, the fashion-house videos sparkle like rare gems.

Their success poses a bigger question about online history.

Ahmed is part of a new wave of amateur "fashion historians" who have taken over Instagram. Their follower numbers are growing by the day: the @mcqueen_vault account, created last September, is dedicated to the work of Lee Alexander McQueen and his fashion house. It already has more than 44,000 followers. The work of John Galliano has also proven to be an inspiration for many: @diorinthe2000s (53,000 followers) and @diorbyjohngalliano (39,000) are keeping the English designer's legacy at the label alive. 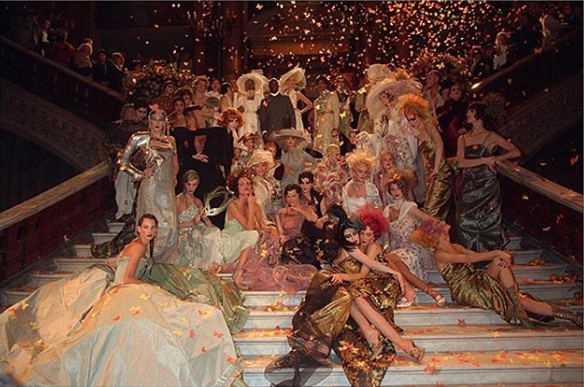 But their success poses a bigger question about online history: What place do these self-appointed experts have alongside the official and institutional sources such as the museums and the fashion houses themselves?

Over the last 15 years, the biggest names in luxury fashion have made great efforts to organize their archives, explore their heritage and make use of it by holding exhibitions and publishing books. The exhibition celebrating 70 years of Dior, organized by the Museum of Decorative Arts in Paris (July 5, 2017-Jan. 7, 2018) was a particularly resounding success, attracting 708,000 visitors and demonstrating to fashion labels and official institutions that working together can prove very fruitful.

But in the virtual world things aren't so simple. The big fashion houses have struggled to find the right tone on social networks. They concentrate on promoting new products: this season's handbag or their latest perfume campaign.

The issue of legacy can be brushed aside when it has to compete with the demands of the market. And the biggest labels also use social media to perform a modern form of damnatio memoriae, a kind of deliberate forgetting practiced in Antiquity, where every trace of a person is destroyed. In the 21st century, this approach is used to purge all online platforms of the work of outgoing artistic directors in a single click.

But nowadays there is nothing to stop diehard fans from rescuing a designer's work from obscurity and memorializing it on their Instagram accounts.

At Céline and Burberry, the arrival of two new designers (Hedi Slimane and Riccardo Tisci, respectively) precipitated a spring clean: All images of the previous designers' work was deleted from the labels' Instagram accounts to mark the beginning of a new era. A few web users, however, disregarded this marketing strategy and created accounts celebrating the outgoing designers. One such account is @oldceline, which pays homage to Phoebe Philo's work for the French label.

When everyone is defending their own patch of ground, it can feel like there's not enough space for all. The reaction by the fashion houses to these accounts beyond their control has so far been a mixture of benevolent curiosity, mistrust and helplessness.

"Of course, everyone is free to publish images that are freely accessible on the internet," says Bruno Pavlovsky, president of fashion at Chanel. "In principle, these fan accounts don't bother me as long as they don't interfere with the label's communication strategy. That's what we'll have to keep an eye on in the next few years."

Still, relations between the labels and these internet historians tend overall to be friendly. "I've never had any problems with the labels," says the @unforgettable_runway account's Ilius Ahmed. "I'm in contact with lots of fashion houses and I have agreements with some of them that allow me to post shorter or longer clips of their shows."

The British man collaborated with the Karl Lagerfeld brand, for example, to help create an homage to the late designer at the Paris memorial in June.

The biggest fashion houses are aware of the importance of communication for their legacy, especially online. "People want historical content, so it's up to the labels to respond to that demand. The time is now, and we have to be the driving force behind this," says Soizic Pfaff, archivist of Dior Heritage.

As for the brand's digital division, they are already working on their online legacy. "More than five years ago we started digitizing all our archives," a spokesperson told us. "It's quite a long process as we have to scan the photos, sketches, etc. However, we regularly post stories about the history of Dior when we're launching products or collections."

And they don't hesitate to use external, amateur sources. "A few years ago we discovered the king of couture, a Tumblr page that was entirely dedicated to the work of Raf Simons at Dior. We invited the creator, Mikulas, to our runway show in Cannes and set up a meeting with the designer. He then did an internship in our studio." 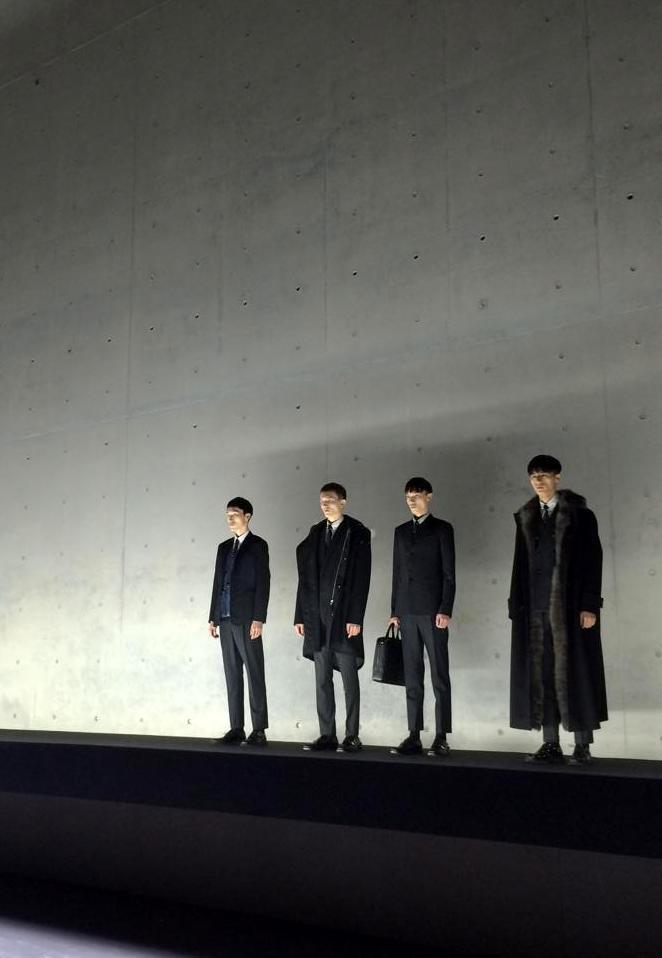 Museums also have a key role to play in this area of fashion history. It's easy to imagine these institutions as being very serious and set in their ways. And yet, they have proven to be welcoming to amateur historians. "The well-run accounts in this field are genuine historiographical tools for the history of fashion and art," says Olivier Gabet, director of the Museum of Decorative Arts in Paris.

There's a risk, though, in making the old designs too readily available.

The museum has already done a lot of work in this area, although there is a significant obstacle: the financial and human cost of digitizing their archives and making them available online.

But even for the museums, there is a tension between the need to promote current exhibitions and the desire to celebrate history. "Putting both on the same Instagram feed is a bit inconsistent," says Olivier Gabet. "In fact, you'd almost need two Instagram accounts, one for each." Not a bad idea perhaps.

It's true, though, that there's a double-edged sword aspect to social networks. Yes, they give us access to many things, perhaps too many, as we can see with celebrities on Instagram. And fans are delighted to have a window into their daily lives. But after a few photos of the stars making power smoothies in the kitchen, people can also start to pine for the mystery of bygone eras.

The throw-back videos — the kind that Ilius Ahmed are doing so much to disseminate — respond to that desire. There's a risk, though, in making the old designs too readily available. "The archives are a real treasure that the fashion houses want to preserve," says Michael Jais, CEO of Launchmetrics, an international marketing and data analysis platform. "But making them public puts them at risk of being copied and devaluing their creative capital." A dilemma indeed.