BUENOS AIRES — It's only now that the news is finally spreading. El Vesuvio, the country's oldest heladería (ice-cream shop), is no more.

Founded in 1902 by the Cocitori family, the legendary Buenos Aires establishment had actually stopped operating shortly before the pandemic began. Its most recent owner was no longer able to keep it afloat. And yet, because the health crisis had occupied everyone's attention, nobody seemed to notice the end of a sweet era for the Argentine capital. Recently, though, the financial newspapers Bae Negocios ran a story and locals began to realize what had been lost.

Located at 1181 Corrientes Avenue, between Libertad and Cerrito streets, the shop is remembered for the iconic image, in its front window, of a smoking Mount Vesuvius, the Italian volcano after which the heladería was named.

Its most recent owner was no longer able to keep it afloat — Photo: Instituto de Cultura CUDES

"El Vesuvio closed before the pandemic," confirms Liliana Munini, a member of a local neighborhood association. "It had been doing poorly for years." If it hadn't, she adds, the crisis would clearly have been the final nail in the coffin. Downtown Buenos Aires has been desert-like, with office workers staying home and cultural and tourist-friendly venues largely closed.

Mariano Marmorato was the last owner of the establishment, which for decades had doubled as a sweets and pastry shop and even offered tango shows. Having bought the place in 2005, Marmorato restored the oak panels that were first installed in 1925 and updated the image on the front window, to include not only Vesuvius, but the whole bay of Naples.

In recent years, though, business was slow. Others who have shops in the area and knew him say that Marmorato also struggled with health problems.

El Vesuvio has an important place in the entire history of ice cream in Argentina. Early in the 20th century, its founders, Mr. and Mrs. Cocitori, brought in one of the country's first ice cream-making machines. It consisted of a copper cylinder with a hollow space around it for ice and salt, to keep the interior part cold. To make the ice cream, two people had to crank the machine by hand for two hours, mixing the milk, cream and sugar inside. 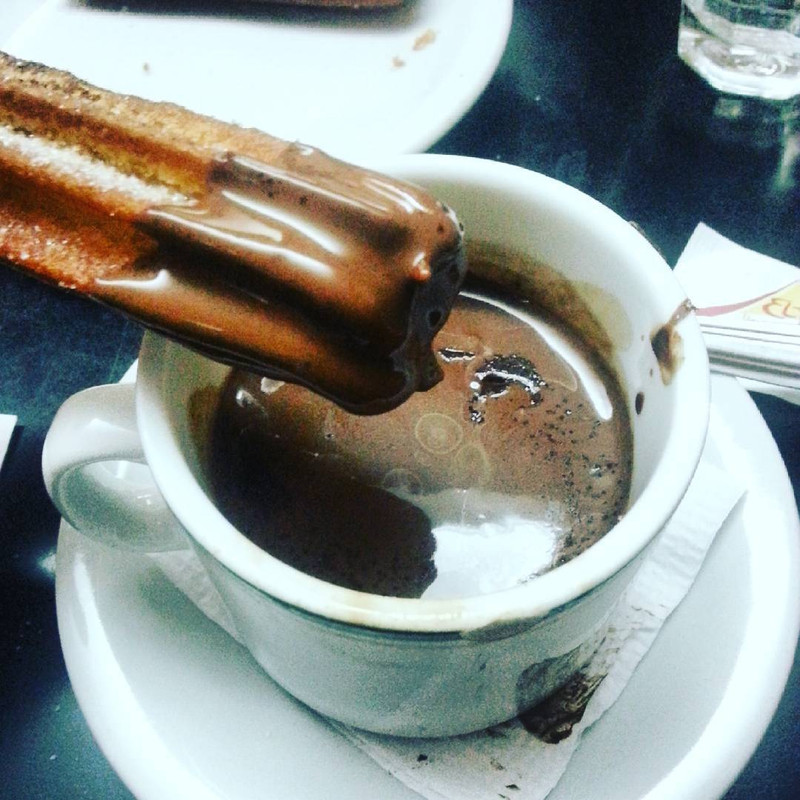 The Cocitoris expanded the shop to include sweets and pastries in 1920. Among other things they served churros (sweet fried dough) and hot chocolate, a fact that musicians Horacio Ferrer and Astor Piazzolla immortalized in their famous tango song La última grela, which has a line about seeing women of all sorts "breakfasting on chocolate con churros in the Vesubio [back then it was spelt with a "b"] sweets shop on Corrientes."

El Vesuvio was synonymous with tango, and its customers included the world's best dancers, including Carlos Gardel. In 2002, the author and composer Ben Molar made reference to El Vesuvio in a text that was later included in a 2009 book called Heladerías de Buenos Aires (Ice Cream Shops of Buenos Aires). "On my regular walks along Corrientes Street, together with Jorge Luis Borges and with the great painters Raúl Soldi and Raquel Forner, ... we'd dip into the unforgettable Vesuvio and taste their rich hot chocolate with churros (Borges said ‘no!' to the churros) and delicious ice creams."

The shop's most famous flavors were dulce de leche (caramel) — either on its own or with meringue — chocolate and orange, and súper sambayón, which includes a splash of alcohol.

In 2008, the Buenos Aires city government recognized El Vesuvio as "Cultural Interest Site," and adorned the entrance to the shop with a special plaque. But even by then, the place was starting to fade, even if few even noticed at the time.