BANYULS-SUR-MER — Up on these hillsides, vineyards descend steeply, almost falling into the blue waves of the Mediterranean. The soil is hard, and plowing is done by hand. But local winegrowers in Banyuls-sur-Mer and the neighboring towns of Port-Vendres, Collioure and Cerbère, just north of the border with Spain, wouldn't have it any other way.

In this green landscape, a very ancient system of water flow is used to limit erosion. The wind, the tramontane in particular, can be fierce, as is the summer heat. These are factors that have long made the local Banyuls and Collioure wines, controlled designations of origin, what they are — conditions that set these particular wines apart.

But over the last 20 years, the environment has been changing. The vineyards have been assailed by unpredictable gusts, torrential rains, late frosts and recurring dry spells. Hundreds of centuries devoted to the art of winemaking — the first vineyards date back to the presence of the Greeks — are being threatened by climate change.

Yvon-Berta Maillol, 78, bushy mustache and beard, can't imagine that his vineyard, one of the oldest in the region dating as far back as 1611, could disappear. Still, he can't help but notice that many things have changed. "We never used to harvest before Sept. 15-20, now we often start from the very first days of September," he says.

When he took over the 36-acre family vineyard in 1975, heat waves didn't scare anybody. On the contrary, winemakers were even eager to obtain the level of grape maturity that they provide, as well as the degrees of alcohol. But excessive heat can spoil the wine, and agronomists say that local wines have been gaining one degree of alcohol every 10 years for the past three decades. This, combined with the reduction of acidity levels, and therefore of the wine's capacity to age, makes it more difficult to find the right balance needed for good wine. 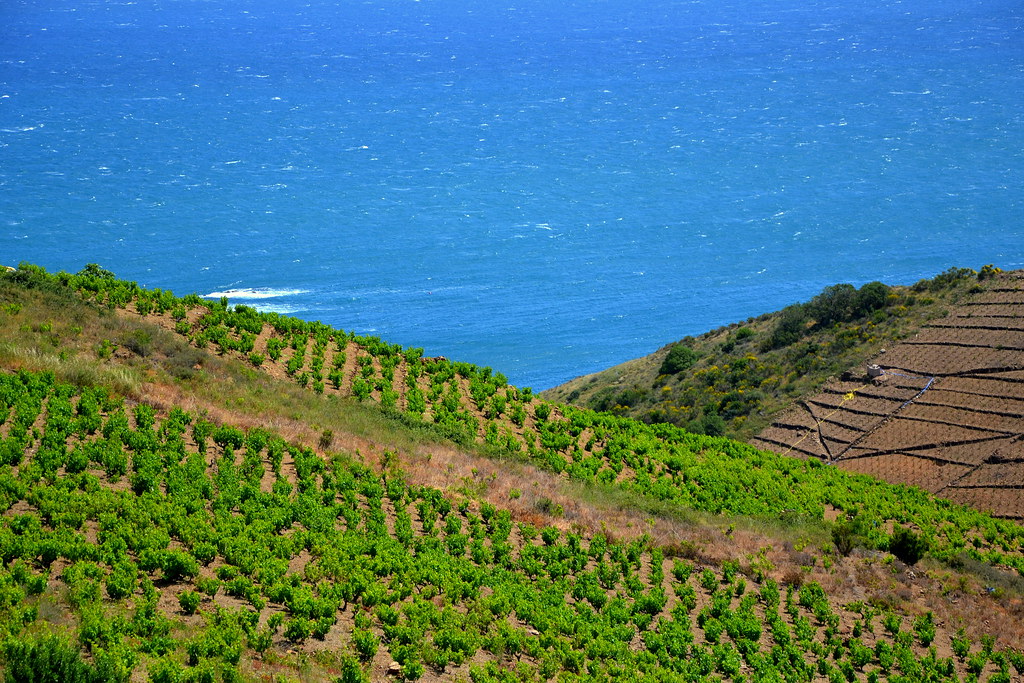 Several studies, including one from Greenpeace, have warned that climate change is threatening French viniculture. Another, published in April 2003 in Proceedings of the National Academy of Sciences of the United States of America, explained that 68% of Europe's wine-growing areas could disappear by 2050, among them the Bordeaux region, the Rhône valley and Tuscany. Norway, on the other hand, could produce "champagne."

Increased heat will also mean more water issues, a potential threat to other cultivations as well. Some in and around Banyuls-sur-Mer are wondering about the possibility of reusing wastewater to limit consumption in the summer, especially in touristic regions. An experiment started three years ago on one acre hasn't so far affected the wine's quality. Another idea is to install solar panels that would provide shade while producing electricity.

Valérie Reig, an area winemaker who does most of her work alongside Ursula, her seven-year-old mule, says the latest productions are already different from the ones her ancestors used to have. "We're like tightrope walkers," she says. "We know things are changing, but everything's possible."