One of Cuban leader Fidel Castro's most visionary, and least affordable, projects was the Escuelas Nacionales de Arte or the National Art Schools.

The complex was built on a confiscated golf course that proudly displayed to the world the struggle and passion of Cuba's revolutionary artists. The project, still half-finished 60 years after it was first begun, trained some of the country's most brilliant and promising students. The school, which has detached, hut-like structures made of warm-colored brick, held the spirit of the early days of the Cuban revolution.

In 1961, Castro and his then close associate, Ernesto Che Guevara, commissioned three architects — two Italians and a Cuban — to build the school at the site of a former golf club in Havana. Dancers, musicians and painters began to move into the school even as it was still being built.

The revolution's changing fortunes impeded the school's completion; the government had to move funds to address the country's more pressing needs like housing. Facing a shortage of steel and concrete, architects Ricardo Porro, Vittorio Garatti and Roberto Gottardi turned to an "organic" alternative — bricks. 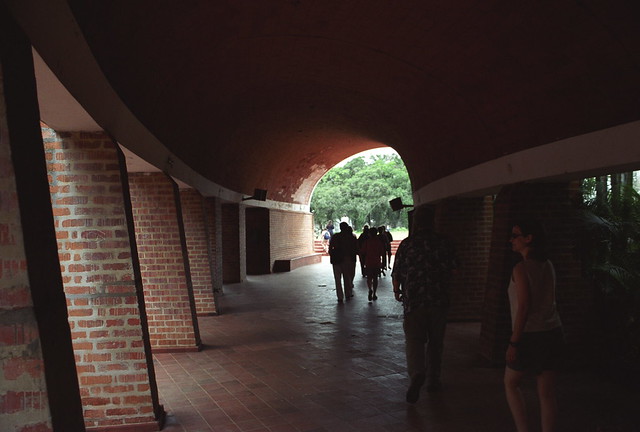 The team used this material to build Catalan and tile vaults in the Mediterranean style. The architectural form of the school was free and unusual, which struck a sharp contrast to the dominant modernism of the 1960s, which was a fusion of modernity, colonial tradition and elements of black culture.

Each architect designed a part of the school independently and sought to blend his side with the landscape. Roofed corridors linked the various pavilions.

But beauty came at a cost that the state could not afford. Critics protested that the school was a waste of public money in a socialist economy and that the architecture was too "sensual" and "bourgeois." The project was halted in 1965. Porro went to Paris, Garatti returned to Milan. Gottardi remained in Cuba.

The three were once again invited in 1999 to finish the project. Construction resumed but progress remained slow. For now, it's a beautiful, long overdue work-in-progress.

The island nation hasn't had a free election for more than 70 years. And yet, as millions take to...

On this day 90 years ago, one of the world's most famous revolution figures was born. OneShot ...