Colombia's best known painter, Fernando Botero, was in France to open a joint exhibition of his works alongside those of Picasso. It is bound to be a reckoning.

AIX-EN-PROVENCE - Brought together in a restored palace in this southern French city are 80 paintings by two of the world's preeminent modern painters: Pablo Picasso and his renowned Colombian admirer, Fernando Botero. The exhibition, Botero, Dialogue Avec Picasso, reveals how Picasso — and other European masters — have inspired and delighted Botero, who in past decades has become one of the world's best-selling painters worldwide for his signature bloated, doll-like figures.

The show aims at a visual conversation between the two artists, who never met, and compensates a bit for the encounter that never happened. Yet as you enter the Hôtel de Caumont, the pictures clearly reveal the presence of other artists in this conversation. References are not uncommon in art history, but Picasso and Botero were particularly fond of and prolific in painting personalized versions of works by earlier masters.

And when Botero paints a Cranach the Younger or Velásquez, he is also painting Picasso's versions. 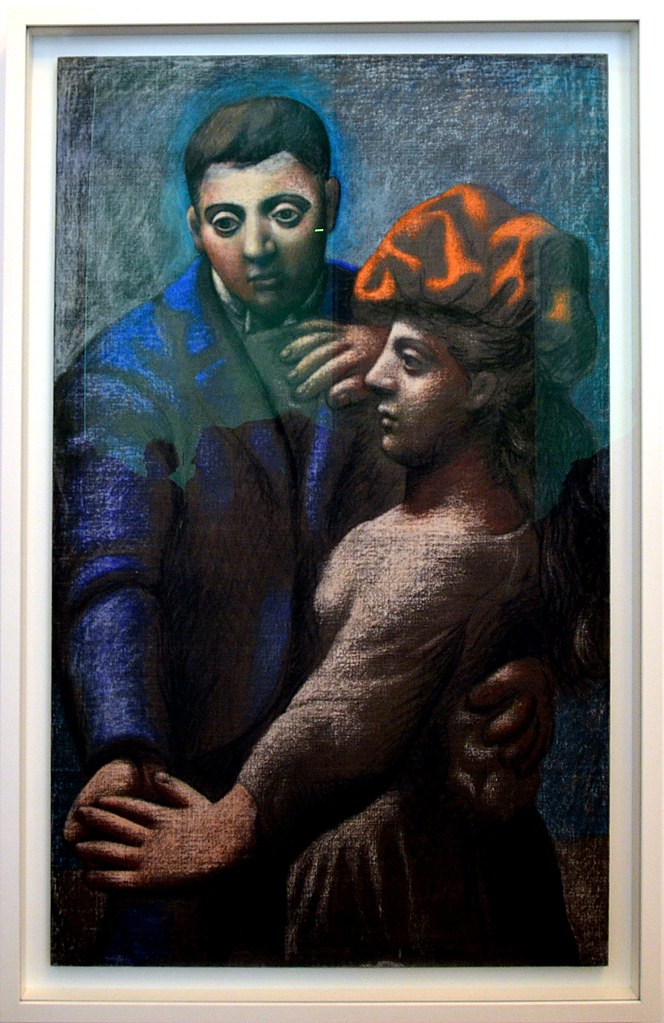 "Had I met him," he says, "I guess I would have said I admired his work." Botero remains generous when talking about his art, and as he was peppered with questions at the recent inauguration, he would often pick up on a key word on which to base his reply. Walking into the Aix-en-Provence exhibition, he took a moment to observe his bronze, two-ton horse previously displayed in the Roman forum.

The Hôtel de Caumont, an 18th century town house amply refurbished in 2015, is showing some 60 of his paintings alongside 20 or so Picassos. Since its inauguration in 2015, the palazzo has hosted exhibitions of William Turner, the post-impressionist Alfred Sisley and of Canaletto, the painter of 18th century Venice. The latest show is part of the Picasso-Méditerranée project that explores his work in several exhibitions.

Painter is the style not the subject.

The show's curator, Cecilia Braschi, says the goal from the start was to devote this year's exhibition to Fernando Botero, in one form or another."The idea gradually emerged in our conversations to show his works in a shared space with a selection of works by Picasso, without wanting to impose specific links between them, but letting visitors discover them for themselves."

The correspondences appear anyway: Picasso's Massacre in Korea shares a room with Botero's Massacre at Eight Fifteen, both forming a dyptich and brutal reminder that barbaric acts barely change in appearance. Picasso's harlequin figures might have popped out of one of Botero's carnivals, which the show reveals have recently become his favored theme.

Not "the big official carnivals like Rio," he says. "I'm interested in the poor-man's carnival, where everyone takes part and dresses up and goes out into the street. The thing is, carnivals, like the circus, are already a painting: you have your composition, the colors, the movement," he explains.

Botero used to say the same about bullfighting. "Yes, bullfighting too," he says, "where you also have the line of the bullring that isn't the usual flat horizon." In this show, there are various bull paintings by both artists.

"There is one by him that fascinates me: the Torero's Death," Botero says. "Because although Picasso typically decomposes the figure, that is not the issue here, but the bull ripping the bullfighter's head off. I've seen them getting gored, it's part of the bullfight's violence, but never this level of brutality painted by Picasso."

What about this moment in art history? The history of art "will never stop," the Colombian artist says. "There will always be ruptures. The Renaissance has passed, as has Impressionism. Abstraction forced us to reconsider figurative art, and when abstract painters thought they were sitting on a throne, along came Pop art. Now conceptual art has become established, but I'm sure somewhere there are young artists cooking up the next art coup."

In 1998, Botero painted his portrait of Picasso that was, like this show, both homage and confrontation. While he is often told that unlike Picasso who explored so many styles, Botero is wedded to one, both share the curiosity to explore numerous subject matters. But Botero considers this less relevant. "The painter is not subject but style. If all you do is depict subjects, you are an illustrator, which is another profession," he says. "It took me 40 years to find a style and achieve paintings that are recognized as 'Boteros'. I don't know what will happen in the future with what I have painted. But today, seeing my paintings hanging next to his, I can say I do not feel crushed by Picasso's works."

The leftist strongman's latest prison releases of political opponents has nothing to do with bein...

The pandemic has delivered yet another blow to the increasingly irrelevant, UN-led multilateral s...