A Momentous And Wary Back-To-School Around The World

It's just one of many images of schoolchildren circulating around the world this week, but it comes with extra symbolism: 1.4 million students returned to their classes today in Wuhan, the central Chinese city where COVID-19 originated last last year. Eventually, nearly one billion children around the world — and their parents — faced months out of school, some adjusting to online classes, others simply shut out from learning.

Now, with this very special back-to-school season fully underway in many parts of the world, it's a moment of truth for many countries, as managing schools has become one of the biggest indicators of how well governments are handling the epidemic.

According to the OECD, the seismic shifts in educational systems may forever change how we teach, as many saw the possibilities of online classes and homeschooling. Yet concern runs deep that months of interrupted education (and months more that may come) could affect the future of an entire global generation. Key now is how to keep schools open and keep the virus from spreading. From masks at recess to having the scholastic year completely canceled, here is a look at how eight different countries are trying to teach again amid an unprecedented global pandemic.

FRANCE
In France, all students are expected to return to class beginning this week. In the heart of summer, the Ministry of Education had lightened the health protocol for schools and universities colleges, but revised these rules on Aug. 27 due to a surge of new infections in the country.

• Wearing a mask will be compulsory for teachers, staff and students as young as 11 years old.
• Physical distancing in closed spaces (classrooms, workshops, libraries, dining rooms, canteens, boarding schools, etc.) will no longer be compulsory.
• In case the epidemic worsens, the government has planned an adapted health protocol that it will only disclose if necessary. Depending on the situation in a given region, officials can move to temporarily close classes or establishments.
• Several teacher's unions have denounced a lack of preparation and many are worried that the protocol in place is too light. 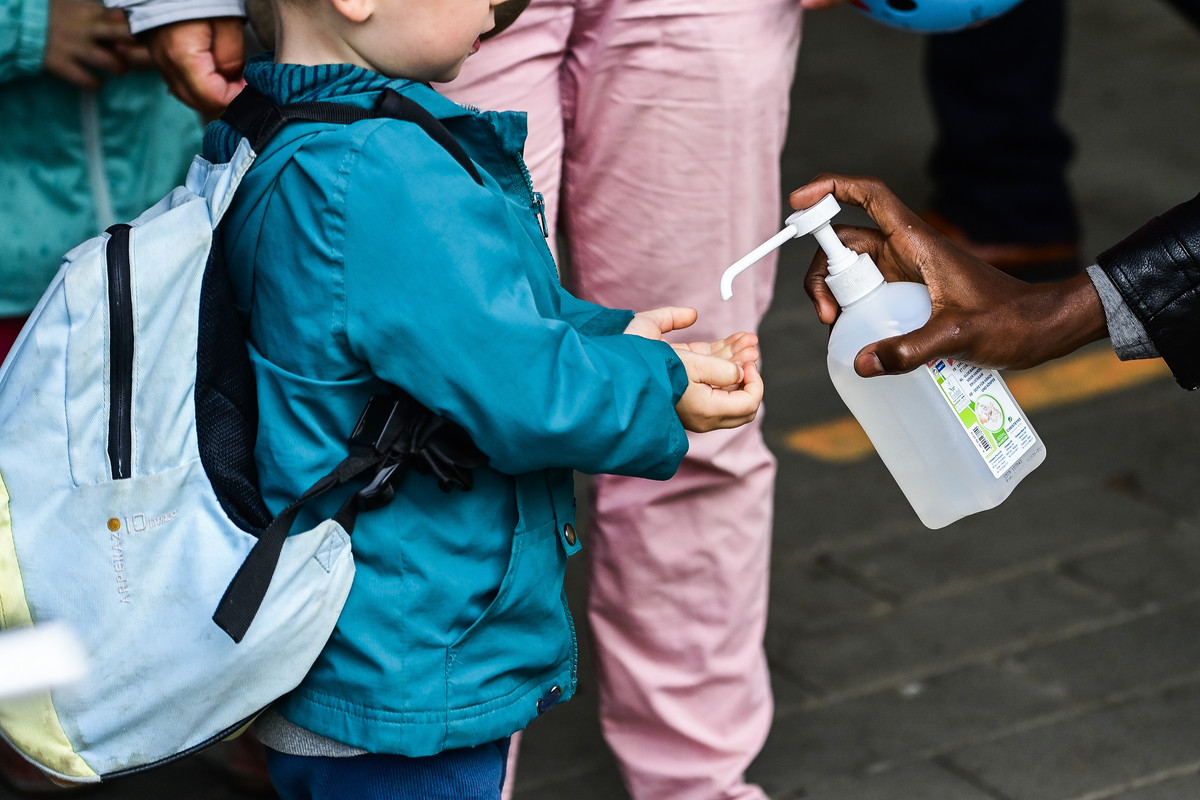 A student cleans their hands with disinfectant gel on the first day of school in Belgium — Photo: Laurie Dieffembacq

ITALY
Italian schools are set to reopen on Sept. 14. Rai, the state broadcaster, reports that everyone will have to wear a mask, pupils will take turns eating in the canteen and 2.5 million new desks will arrive in classrooms by the end of October. Yet some are sounding the alarm that things might not go too well.

• Students will be seated one meter from one another, meaning that fewer will fit in each classroom and authorities are scrambling to find additional spaces, including in theaters, cinemas and hotels. According to La Stampa, the National Association of Principals said the country needs to prepare an additional 20,000 classrooms before then — half of which have not yet been found.
• The Italian government is also hiring an additional 50,000 teachers and staggering the start times of classes to avoid overcrowding in buildings on public transport.
• "Scientifically we must never compromise on social distancing," says Walter Ricciardi, an advisor to the Italian Health Minister and a professor of Public Health at the Catholic University of Rome. "Everything that breaks these rules is destined to make the infection gain ground." [...] "Schools need very strict protocols that follow the approach of the most successful countries, like Denmark and China, and not of the less successful ones, like France and Israel."

DENMARK
Denmark was the first country in Europe to reopen its primary schools in mid-April after containing the virus early on, with only 620 deaths to date. The Nordic country's successful strategy of split classes, outdoor lessons, and strict rules for hand-washing and distancing has become the model as other schools around Europe continue to open up.

• As of June 22, university students have also been welcomed back to campus and fall classes resumed in August. At the same, a mixed "online-offline" teaching model has been applied and so far, the reopenings have not caused any notable spread of the virus on the majority of campuses.
• One exception, Danish daily Midtjyllands Avis reports, is Silkeborg Højskole located in the middle of the Jutland peninsula, where every fourth student has tested positive. All the remaining students were sent home and will have to get tested before returning to class.

SOUTH KOREA
Amid the country's recent virus surge, particularly in Seoul, schools in the capital and its surrounding areas (the provinces Incheon and Gyeonggi) have returned to online classes until at least Sept. 11, NewsTouch reports. Only high school seniors preparing for the national university entrance exam set in December are exempted from this policy. Elsewhere in South Korea, schools still offer a hybrid form of schooling with in-person attendance capped between one-third and two-third of the students, depending on age group. 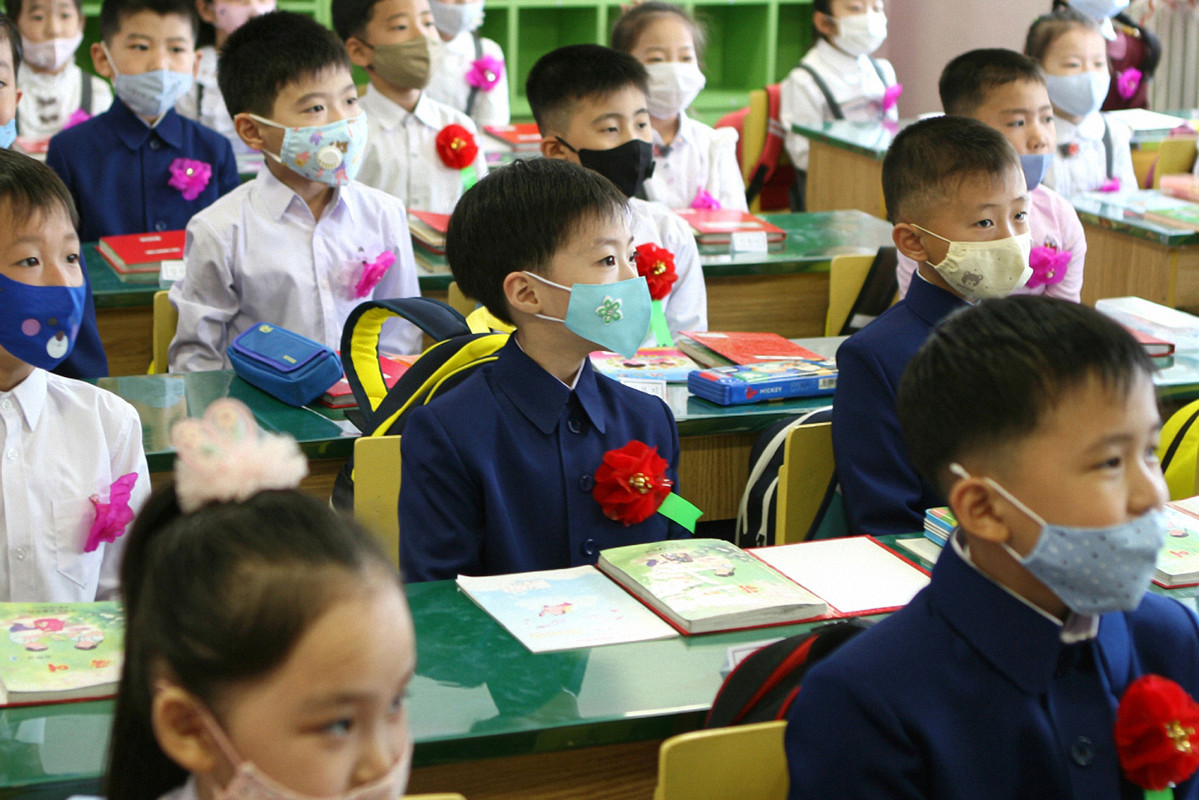 URUGUAY
Schools reopened in June, keeping a hybrid system allowing pupils to continue classes online and aiming at a progressive return to face-to-face education, especially in light of the lack of computers and internet connections among poorer families. Currently, 70% of students are attending in person. The government had been tackling inequalities in access to tech long before the pandemic through the Plan Ceibal, which provides a computer to any student and teacher. Yet social imbalances have continued in the digital realm, Telam reports, as the same demographic that tended to drop out of school pre-COVID now log in less frequently to their virtual classes and complete less online homework.

ARGENTINA
In-person classes have been suspended, almost everywhere, since March 16. Reopening schools has divided politics and provinces, especially this past week when the city of Buenos Aires presented a plan to reopen 634 schools on Aug. 31 to serve as digital space for students who do not have computers or Internet connection. According to La Nación, the plan was deemed incomplete and rejected by the National Ministry of Education, who argued the city's sanitary conditions were not fit for students and teachers to go back to schools. However, in the northwestern province of Catamarca, some 15,000 students from kindergarten to college returned to schools on Aug. 19 for face-to-face classes in rural establishments. Attendance is voluntary and presence limited to three hours, infobae reports.

SOUTH AFRICA
After schools were initially reopened on June 8, President Cyril Ramaphosa announced another closure on July 27 following an acceleration in confirmed COVID-19 cases. South Africa is the hardest-hit country on the continent, with more than 13,000 deaths to date.

• As schools opened again in mid-August and millions of children returned to the classroom, teachers unions have expressed concerns over overcrowded schools, water supply shortages and a lack of support for students who have lost family members or loved ones, Anadolu Agency reports.
• According to the Daily Maverick, South Africa also faces a potential shortage of teaching staff. Educators in the public schooling system can apply to work from home if they have comorbidities or are aged 64 years and above. Statistics from the Department of Basic Education shows 27,000 applications have already been submitted, 22,000 of which have been approved so far.
• Basic Education Minister Angie Motshekga has also asked PMs to not make political statements which might deter pupils from going to school as truancy has been on the rise since the openings. Motshekga also raised concerns over the destruction of public property, with 2,278 schools vandalised during the lockdown.

KENYA
Back in July, the Education Cabinet Secretary announced that the 2020 academic year would be "considered lost" due to Covid-19 restrictions. It was officially cancelled and all students will have to repeat it. With no plan to reopen schools before January 2021, but no clear schedule either, the Ministry has been under growing pressure from angry parents accusing Secretary Prof George Magoha of depriving children of their right to education. On August 21, Kenya, as well as other African countries, was urged by World Health Organization urged to reopen schools as keeping students home exposed them to malnutrition and sexual violence. In the meantime, the Nairobi-based Nation reports some empty schools have been turned into rental houses and even farms by their directors to insure some kind of income.