In a number of countries around the world, the pandemic pulled the plug on street protests. But demonstrators have been quick to find digital alternatives.

As people are forced to stay at home and gatherings are banned in many countries around the world, protests are becoming a rare sight — at least in our city streets. But online, people are finding all kinds of innovative ways to demonstrate.

Indeed, what better way than a virtual protest to continue defending your opinions while still respecting the lockdown measures?

The Polish parliament was expected last week to consider new laws that would almost completely ban abortions — bills that had been withdrawn in 2016 following massive demonstrations. This time, of course, activists aren't allowed to take their frustrations to the streets. Instead, according to the daily Polska, they launched "lockdown virtual demonstrations" with the hashtag #ProtestAtHome. In the end, the MPs only voted to delay the bills.

This time, of course, activists aren't allowed to take their frustrations to the streets.

The fifth installment of the Nintendo Switch series, released on March 20, is a state-of-the-art simulation social game where users play a human who lives in a village and can interact with anthropomorphic animals and perform various tasks such as fishing, bug catching, or ... protesting.

Anti-government protests in Russia have long required creative workarounds. Now, angry at the lack of economic aid from the government in response to the COVID-19, citizens are organizing on the Russian equivalent of Google Maps — Yandex.Maps — by dropping virtual pins in front of government buildings in several major cities, including Rostov-on-Don, Moscow and St. Petersburg, according to Global Voices. "No money to pay off loans! What are we supposed to do?" read one message. "Declare a state of emergency or stop restrictions on people," read another.

French sex workers organized a five-day virtual protest in Animal Crossing from April 8 to 13, Têtu magazine reports. The digital demonstration comes four years after the introduction of a French law aimed at cracking down on prostitution. 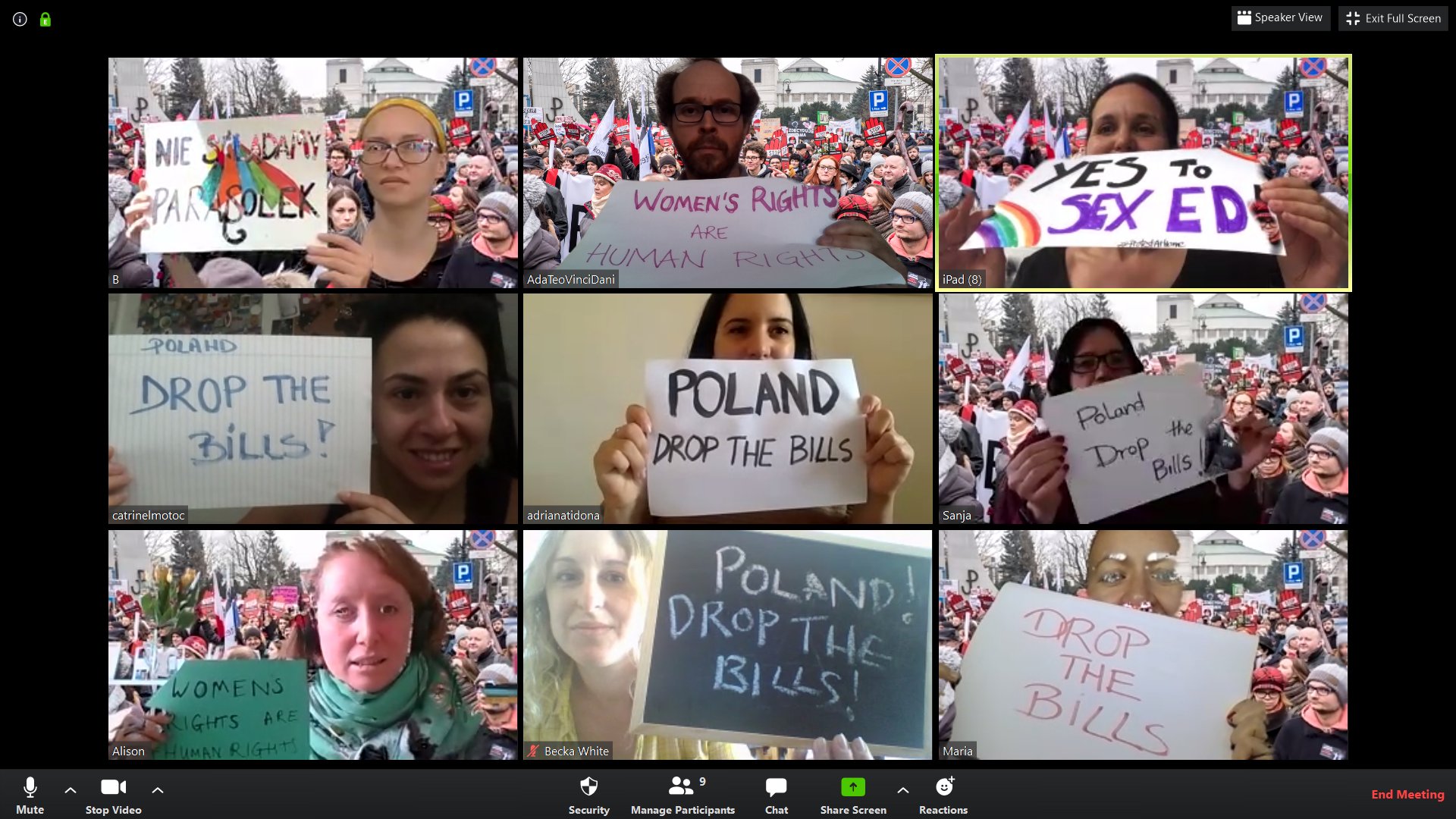 Since they could not protest in the streets, sex workers used their online avatars to wave signs reading "sex is work" or "someone I love is a sex worker" before posting screenshots of the protest on social media. Sex workers wanted to denounce the precarious conditions they are facing since the law was enacted, conditions that have only worsened, they say, since the lockdown measures were implemented.

Awen, one of the protest organizers, told the French magazine that he had not seen a client for a month: "Going out isn't cool for public health. But not going hungry would be cool too," he said.

Players in Hong Kong have been using the platform to stage protests as well, prompting the Chinese government to block sales of the game.

What happens after the coronavirus crisis subsides remains, of course, to be seen.

Anti-government protests began in Hong Kong in June 2019 in reaction to an extradition bill and escalated throughout the rest of that year and into 2020. What happens after the coronavirus crisis subsides remains, of course, to be seen. But if the digital antics on Animal Crossing are any indicator, the movement is still alive and kicking.