The novel coronavirus has raced around the world, shutting down entire societies and ravaging national economies along the way. Now, as national and regional governments apply stimulus plans and offer emergency aid, some everyday people and quickly assembled groups are doing what they can to save local businesses and try to jumpstart the economy on their own.

SAVING CZECH PUBS: With more than 90% of pubs closed due to lockdown measures, the Czech Republic has been deprived of an emblematic part of its culture. In response, Czechs have spent 7 million CZK (257,124 euro) since the beginning of April on beer and food vouchers to be consumed in better times, reported iROZHLAS.cz. Started by the Czech Beer and Malt Association, the site "Zachraň svou hospodu!" (Save Your Pub!) enables concerned drinkers to buy vouchers in order to support their favorite bars and restaurants through the coronavirus shutdown, and use them whenever the cash-strapped pubs reopen.

MAYORAL CURRENCY: In the southeastern Italy, the mayor of the small town of Castellino del Biferno has issued a new local currency in an attempt to relaunch the economy. The "ducato," equivalent to one euro, has been printed in denominations of 20 and 50, and distributed directly to families in need, who can use the bills in local food stories registered with the town, reports Il Messaggero. Mayor Enrico Fratangelo says he's been studying the possibility of a local currency for several years, but it became urgent because of the lack of responsiveness from national and regional authorities to the needs of the town of circa 500 residents. In a move that would impress Donald Trump, one of the 20-ducati bills features a drawing of Fratangelo. 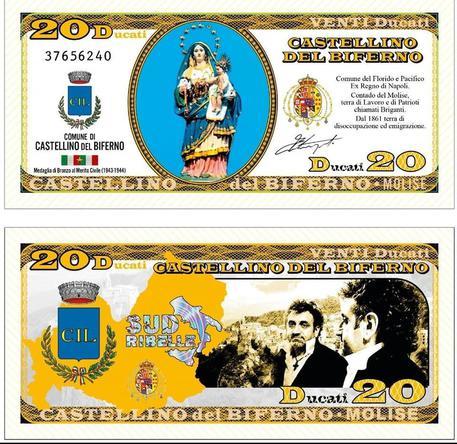 ANGERS VS. AMAZON: In the city of Angers, in western France, local shops have teamed up with a tech startup to develop an online shopping platform aimed at "fighting Amazon on equal terms," French public radio Franceinforeports. Angersshopping, inaugurated last week with the help of Angers authorities, boasts 12,000 products (food, books, cosmetics, or even cloth to make facial masks) from 70 local shops which can be delivered by bike to the customers' home within 72 hours. In one day, the platform attracted 20,000 visitors and generated 10,000 euros in sales, with an additional 240 shops now looking to join the initiative.

REVAMPED NYC RESTAURANTS: We've read about Michelin-star chefs selling take-out, but another somewhat less chic novelty in New York City is local restaurants and bars transforming into distributors of basic essentials for their customers from flour to toilet paper and cleaning supplies. Instead of fighting long lines and crowded aisles of NYC supermarkets during the crisis, one wine bar in Brooklyn, Glou+Glick, has begun to buy grocery staples wholesale for their customers. "If you're going to come in and buy two bottles of a cool [wine]," Glou +Glick's owner says, "and you're out of sugar or kosher salt, you're already here. It's not busy and there's space." Meanwhile, a nearby Mexican restaurant, Boca Santa, is selling boxes stocked up with a selection of healthy organic produce.

ENTREPRENEURIAL TEEN SPIRIT DOWN UNDER: Though many have taken to worrying about their financial future in the wake of the coronavirus, especially with national youth unemployment at more than double the overall rate in Australia, young people in regional Victoria are finding a silver lining and a way to make a quick buck. According to the Australian Bureau of Statistics, 9.9% of workers under the age of 20 have lost their jobs since March 14, but that isn't stopping 19-year-old Jordan Cassells and those like him to tap into their entrepreneurial spirit. Cassells is working on opening his own freelance writing business as part of a local government youth program, like the Australian Centre for Rural Entrepreneurship, helping students in the area learn how to open their own businesses. Another unemployed 19-year-old, Lunor Folly, produces online fitness videos and tutorials to make ends meet and thinks the self-employment trend started by coronavirus is likely to grow, "I think a lot of people will make that decision, and rather make income through social media than through day-to-day jobs." These were obviously trends already underway, now accelerated by the pandemic. Time will tell if it helps lead to a more rapid recovery, or just a momentary illusion before an even deeper, longer crisis.