Italy was hit particularly hard and early by the first wave when northern region of Lombardy became the first epicenter of the virus in the West. Now all eyes are on the less developed, more vulnerable southern regions.

A second wave of coronavirus infections is now arriving in Italy, a country that was hit particularly hard and early by the first wave. After the northern region of Lombardy became the first epicenter of the virus in the West last March, and nationwide deaths topped 35,000, Italy enjoyed a few months of respite during the summer. But now as contagions are soaring again in the North, politicians and scientists are also particularly concerned about the virus's spread in the country's southern regions that are less well-equipped to respond to the medical emergency.

Another nightmare up north: One-fourth of new cases are in Lombardy, pushing it to the brink of another "nightmare," writes La Stampa.

• Back in March, Lombardy was the first area where coronavirus took hold outside of China — local footage of hospitals and cemeteries at breaking point shocked the world.

• Italy recorded 8,804 new coronavirus cases on Thursday — more than it ever recorded during the lethal first wave. Of these, 2,067 were in Lombardy, and more than 1,000 in the regional capital, Milan.

• Several hospitals and doctors in the region said they were bracing for a looming boom in hospitalizations and critical cases.

A new emergency: But while Lombardy makes global headlines, the situation could be a lot more explosive in the Italian South, which isn't as prepared for an outbreak.

• It also has less experience with outbreaks and social distancing: the first wave of coronavirus infections devastated the Italian north but largely spared southern regions like Sicily and Campania. 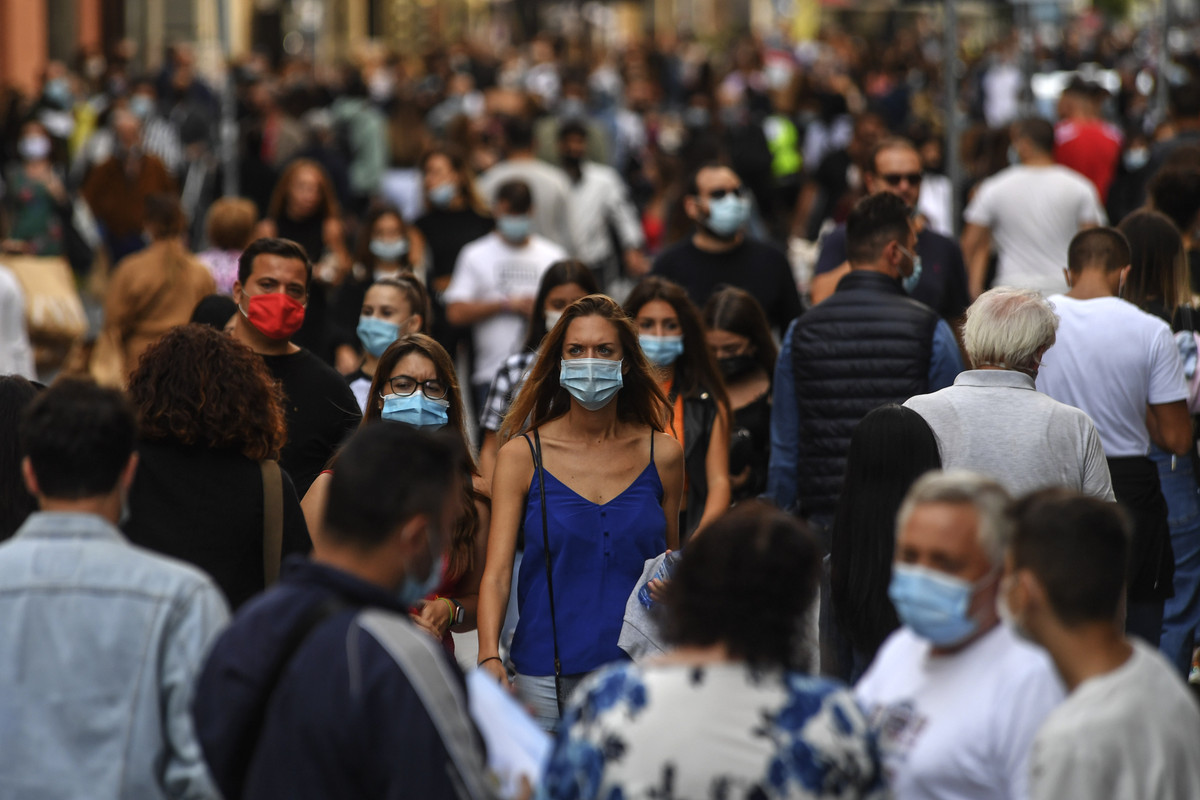 It's happening: Unlike the first wave, the second wave is already taking its toll in the Italian South:

• The region of Campania, where Naples sits, also recorded its highest-ever number of new coronavirus cases on Thursday, 1,127.

• Authorities this week closed schools and banned all large gatherings.

Press shutdown, running out of beds: Around Naples, local authorities have banned health-care professionals from giving interviews in order not to create panic. Still, reports suggest that the lack of beds and staff means that the emergency has already started:

• "The numbers of the last few hours tell us that there are practically no more hospital beds and sub-intensive care beds," wrote Naples-based news website Fanpage.it.

• At a specialized "Covid Hospital" set up by local authorities in the region, local media report that only nine of the 49 ICU beds are available here, and ambulances were forced to queue outside Emergency Rooms, waiting for their turn to unload patients.

• A whistleblowing nurse at the Ospedale del Mare in Naples told the website that the hospital is unable to make use of about 60 ICU beds because it doesn't have nurses and doctors to staff them.

• "As soon as a bed becomes available, it is occupied immediately," a physiotherapist said about another hospital in the city.

Lessons learned: From Italy's North to South, as elsewhere in Europe, the booming rates of new cases has so far not brought with it the same high death rates as we saw last spring. Some credit the seven months of medical experience and improved treatment methods, though others warn that it is still early in the second wave. Regional divides have always been a problem in Italy, and a key to minimizing mortality rates will be information spreading around the country (and world) at least as fast as the virus.

Italy And Fascism, A Lingering Question Of National Character

Giorgia Meloni, rising star of Italy's far-right, was a member of neofascist organizations in her...

A young detainee's suicide is drawing attention to the otherwise invisible plight of people locke...